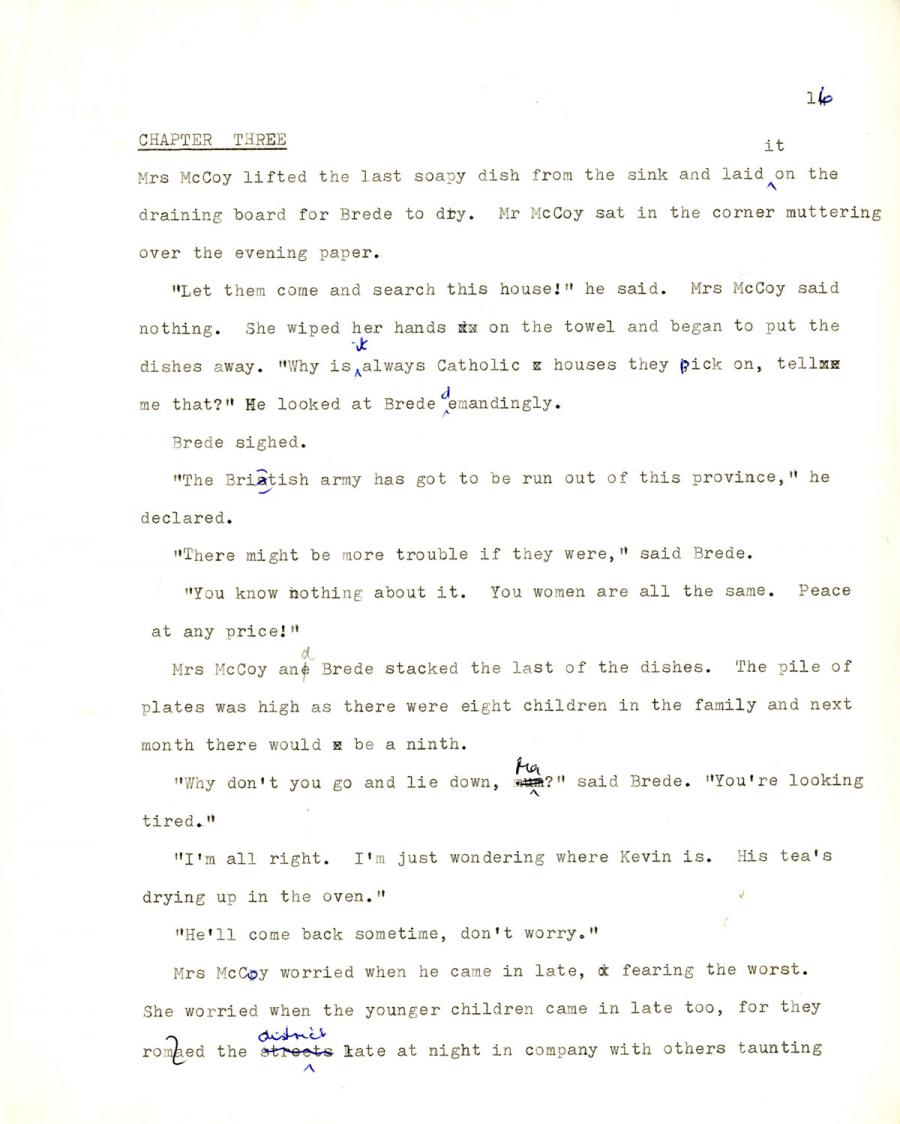 Mrs McCoy lifted the last soapy dish from the sink and laid on the
draining board for Brede to dry. Mr McCoy sat in the corner muttering
over the evening paper.

"Let them come and search this house!" he said. Mrs McCoy said
nothing. She wiped her hands on the towel and began to put the
dishes away. "Why is it always Catholic houses they pick on, tell
me that?" He looked at Brede demandingly.

"The British army has got to be run out of this province," he
declared.

"There might be more trouble if they were," said Brede.

"You know nothing about it. You women are all the same. Peace
at any price!"

Mrs McCoy and Brede stacked the last of the dishes. The pile of
plates was high as there were eight children in the family and next
month there would s be a ninth.

"Why don't you go and lie down, Ma" said Brede. "You're looking
tired."

"I'm all right. I'm just wondering where Kevin is. His tea's
drying up in the oven."

Mrs McCoy worried when he came in late, fearing the worst.
She worried when the younger children came in late too, for they
romaed the district late at night in company with others taunting