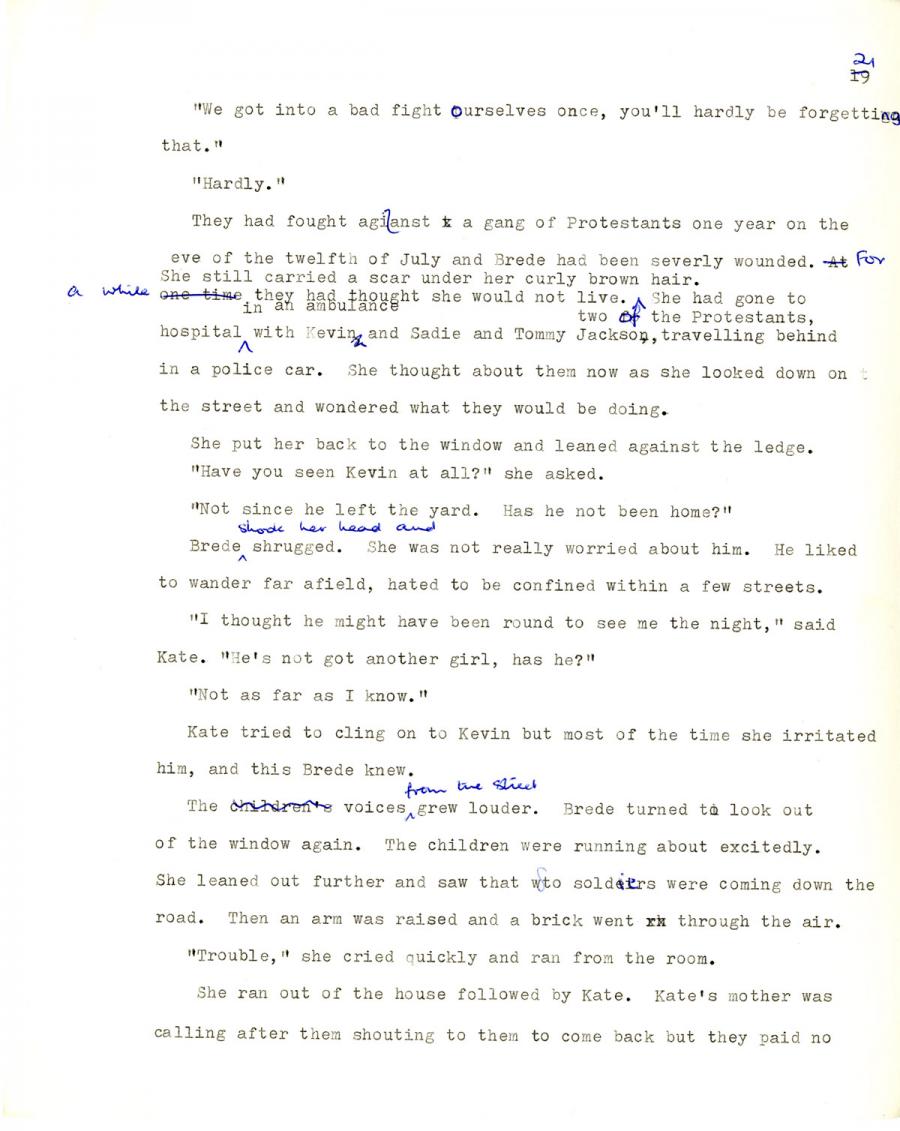 "We got into a bad fight ourselves once, you’ll hardly be forgetting
that."

They had fought agianst a gang of Protestants one year on the
eve of the twelfth of July and Brede had been severly wounded. She still carried a scar under her curly brown hair.

For a while they had thought she would not live. She had gone to
hospital in an ambulance with Kevin and Sadie and Tommy Jackson, two of the Protestants, travelling behind
in a police car. She thought about them now as she looked down on
the street and wondered what they would be doing..

She put her back to the window and leaned against the ledge.

"Have you seen Kevin at all?" she asked.

"Not since he left the yard. Has he not been home?"

Brede shook her head and shrugged. She was not really worried about him. He liked
to wander far afield, hated to be confined within a few streets.

"I thought he might have been round to see me the night," said
Kate. "He’s not got another girl, has he?"

Kate tried to cling on to Kevin but most of the time she irritated
him, and this Brede knew.

The voices fron the street grew louder. Brede turned to look out
of the window again. The children were running about excitedly.
She leaned out further and saw that wto soldiers were coming down the
road. Then an arm was raised and a brick went through the air.

"Trouble," she cried quickly and ran from the room.

She ran out of the house followed by Kate. Kate’s mother was
calling after them shouting to them to come back but they paid no