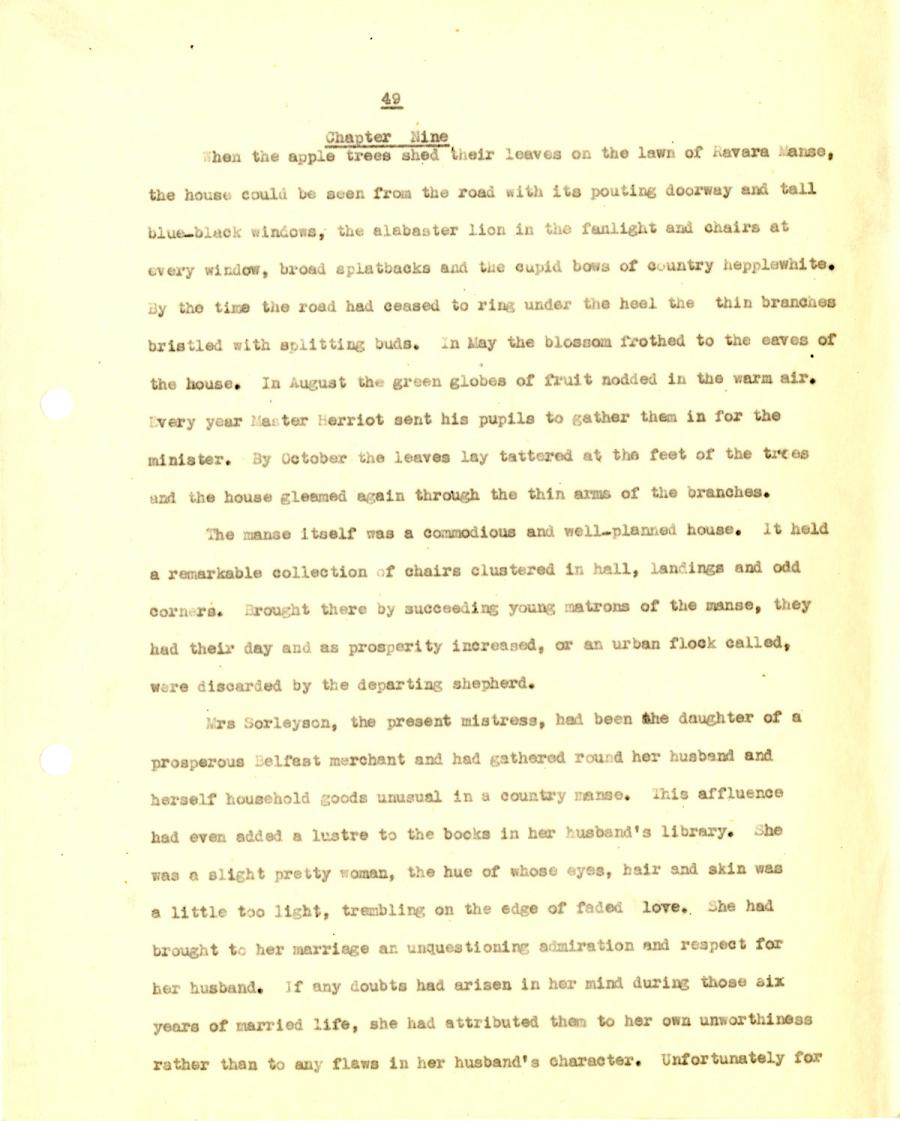 When the apple trees shed their leaves on the lawn of Ravara Manse,

blue-black windows, the alabaster lion in the fanlight and chairs at

every window, broad splatbacks and the cupid bows of country heppleWhite.

bristled with splitting buds. In May the blossom frothed to the eaves of

the house. In August the green globes of fruit nodded in the warm air.

minister. By October the leaves lay tattered at the feet of the trees

and the house gleamed again through the thin arms of the branches,

The manse itself was a commodious and well-planned house. It held

a remarkable collection of chairs clustered in hall, landings and odd

corners. Brought there by succeeding young matrons of the manse, they

had their day and as prosperity increased, or an urban flock called,

wire discarded by the departing shepherd.

Mrs Sorleyson, the present mistress, had been the daughter of a

prosperous Belfast merchant and had gathered round her husband and

herself household goods unusual in a country manse. this affluence

had even added a lustre to the books in her husband’s library. She

was a slight pretty woman, the hue of whose eyes, hair and skin was

a little too light, trembling on the edge of faded love. She had

brought to her marriage an unquestioning admiration and respect for

her husband. If any doubts had arisen in her mind during those six

years of married life, she had attributed then to her own unworthiness

rather than to any flaws in her husband’s character. Unfortunately for