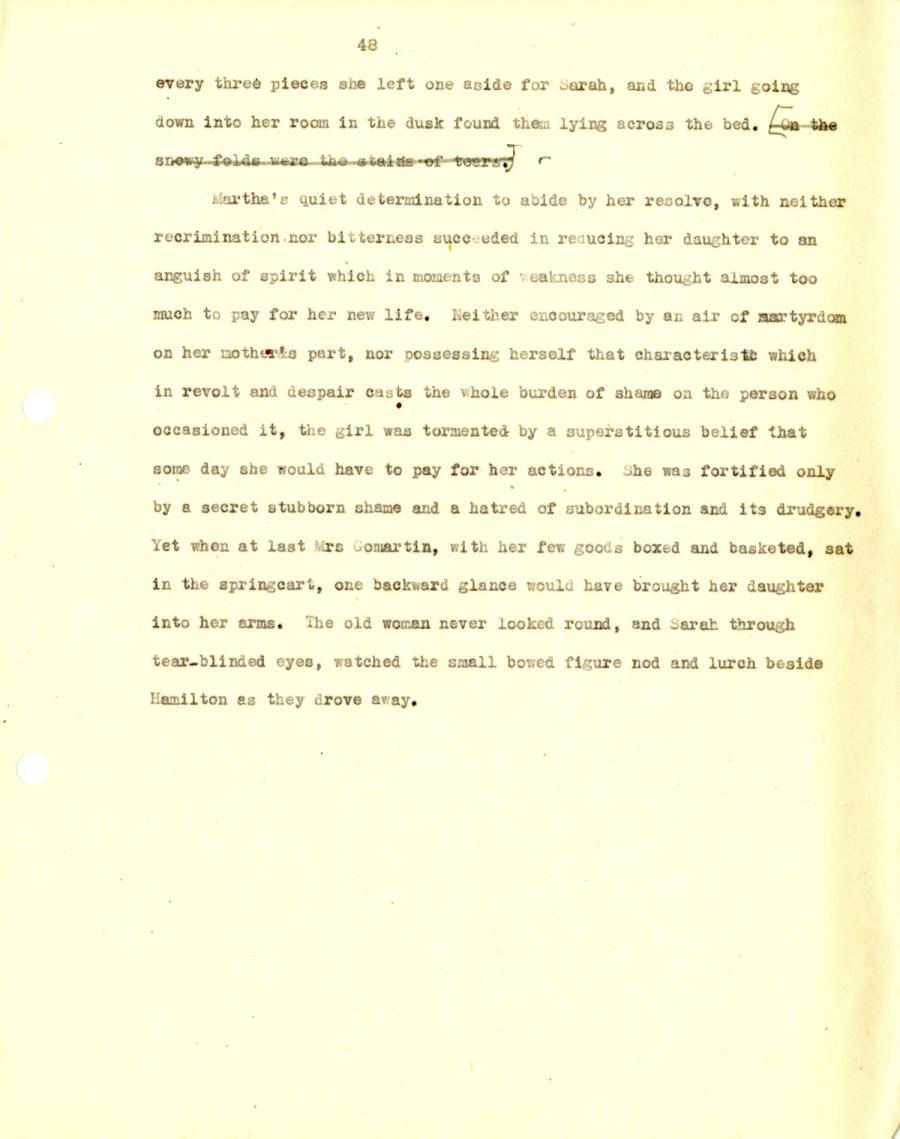 every three pieces she left one aside for Sarah, and the girl going

down into her room in the dusk found them lying across the bed.

Martha's quiet determination to abide by her resolve, with neither

recrimination nor bitterness succeeded in reducing her daughter to an

much to pay for her new life, Neither encouraged by an air cf martyrdom

on her mothers part, nor possessing herself that characteristic which

occasioned it, the girl was tormented by a superstitious belief that

some day she would have to pay for her actions. She was fortified only

by a secret stubborn shame and a hatred of subordination and its drudgery.

Yet when at last Mrs Gomartin, with her few goods boxed and basketed, sat

in the springcart, one backward glance would have brought her daughter

into her arms. The old woman never looked round, and Sarah through

Hamilton as they drove away.