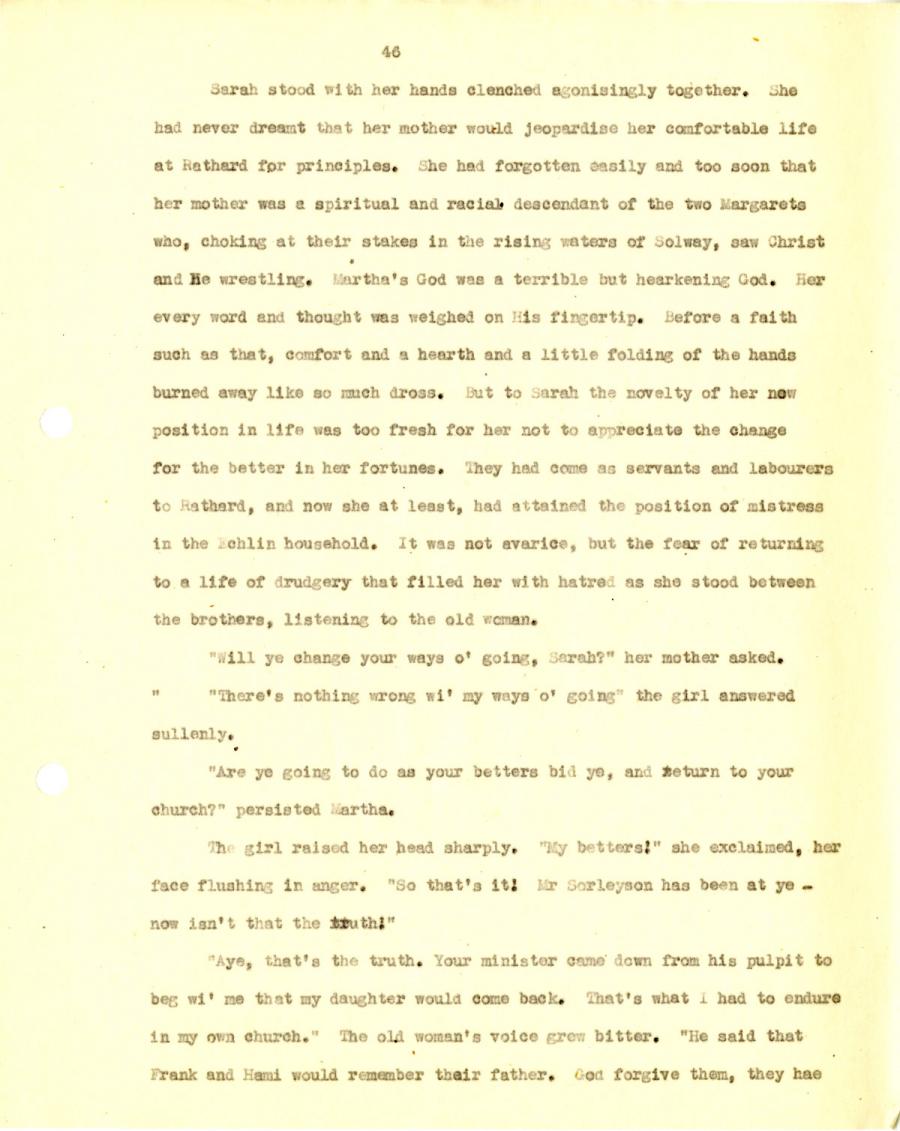 Sarah stood with her hands clenched agonisingly together. She

had never dreamt that her mother would Jeopardise her comfortable life

at Rathard for principles. 3he had forgotten easily and too soon that

who, choking at their stakes in the rising waters of Solway, saw Christ

and He wrestling, Martha's God was a terrible but hearkening God. Her

every word and thought was weighed on His fingertip. Before a faith

such as that, comfort and a hearth and a little folding of the hands

burned away like so ranch dross. But to Sarah the novelty of her new

for the better in her fortunes. They had come as servants and labourers

to Rathard, and now she at least, had attained the position of mistress

in the Echlin household. It was not avarice, but the fear of returning

the brothers, listening to the old woman.

"Are ye going to do as your betters bid yo, and return to your

The girl raised her head sharply, ”My betters!” she exclaimed, her

face flushing in anger. “So that’s it: Mr Sorleyson has been at ye -

now isn’t that the truth!”

“Aye, that’s the truth, your minister came down from his pulpit to

beg wi’ me that my daughter would come back. That’s what i had to endure

in my own church.' The old woman’s voice grew bitter, "He said that

Frank and Kami would remember their father, God forgive them, they hae