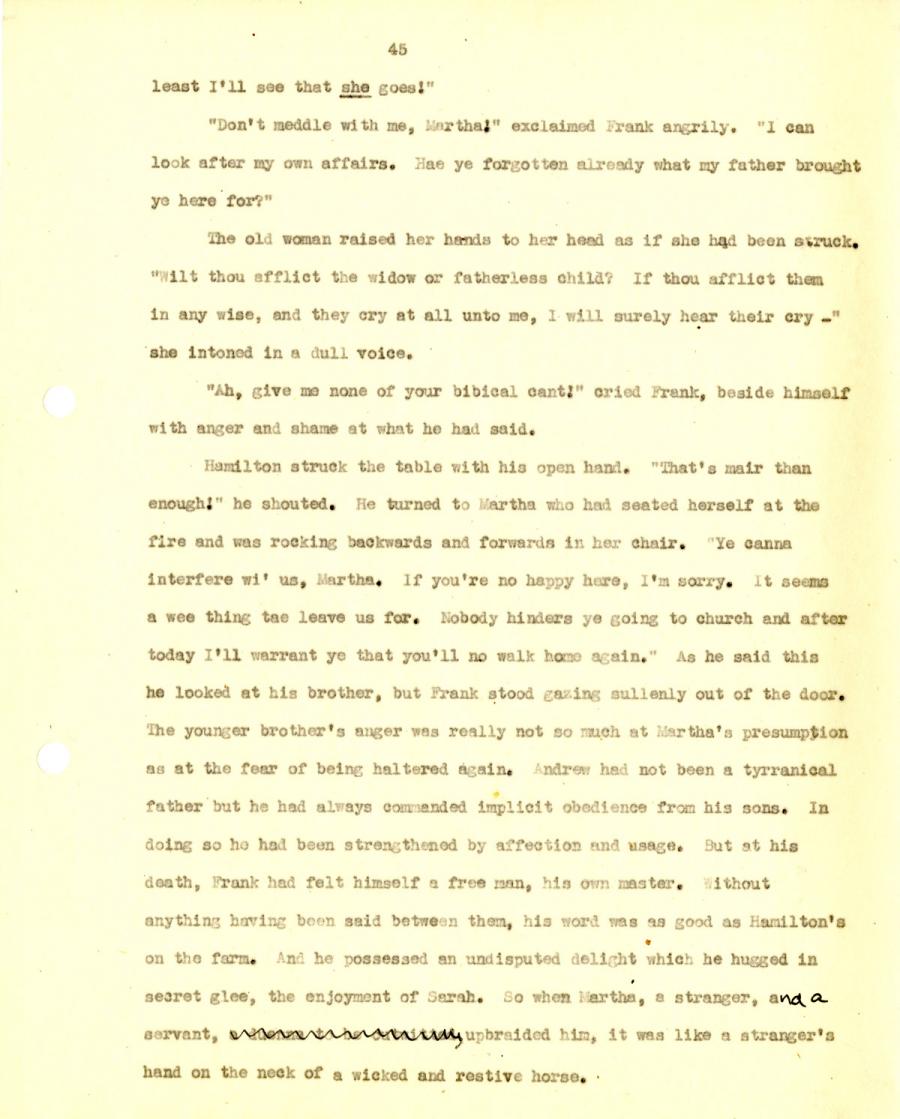 least I’ll see that she goesI"

"Don’t meddle with me, Martha!” exclaimed Frank angrily. "I can

look after my own affairs. Hae ye forgotten already what my father brought

The old woman raised her hands to her head as if she had been struck.

in any wise, and they cry at all unto me, 1 will surely hear their cry

she intoned in a dull voice.

"Ah, give mo none of your bibical oant!” cried Frank, beside himself

with anger and shame at what he had said.

Hamilton struck the table with his open hand. "That’s mair them

enough!” he shouted. He turned to Martha who had seated herself at the

fire and was rocking backwards and forwards in her chair. “Ye oanna

interfere wi* us, Martha. If you’re no happy hare, I’m sorry, it seem

a wee thing tae leave us for. Nobody hinders ye going to church and after

today I’ll warrant ye that you’ll no walk home again. As he said this

he looked at his brother, but Frank stood gating sullenly out of the door.

as at the fear of being haltered again, Andrew had not been a tyrranical

father but he had always commanded implicit obedience from his sons. In

doing so ho had been strengthened by affection and usage. But at his

death, Frank had felt himself a free roan, his own meter. Without

anything having been said between them, his word was as good as Hanilton’s

on the farm. An" he possessed an undisputed delight which he hugged in

secret glee, the enjoyment of Sarah. So when Martha, a stranger, and a

hand on the neck of a wicked and restive horse.