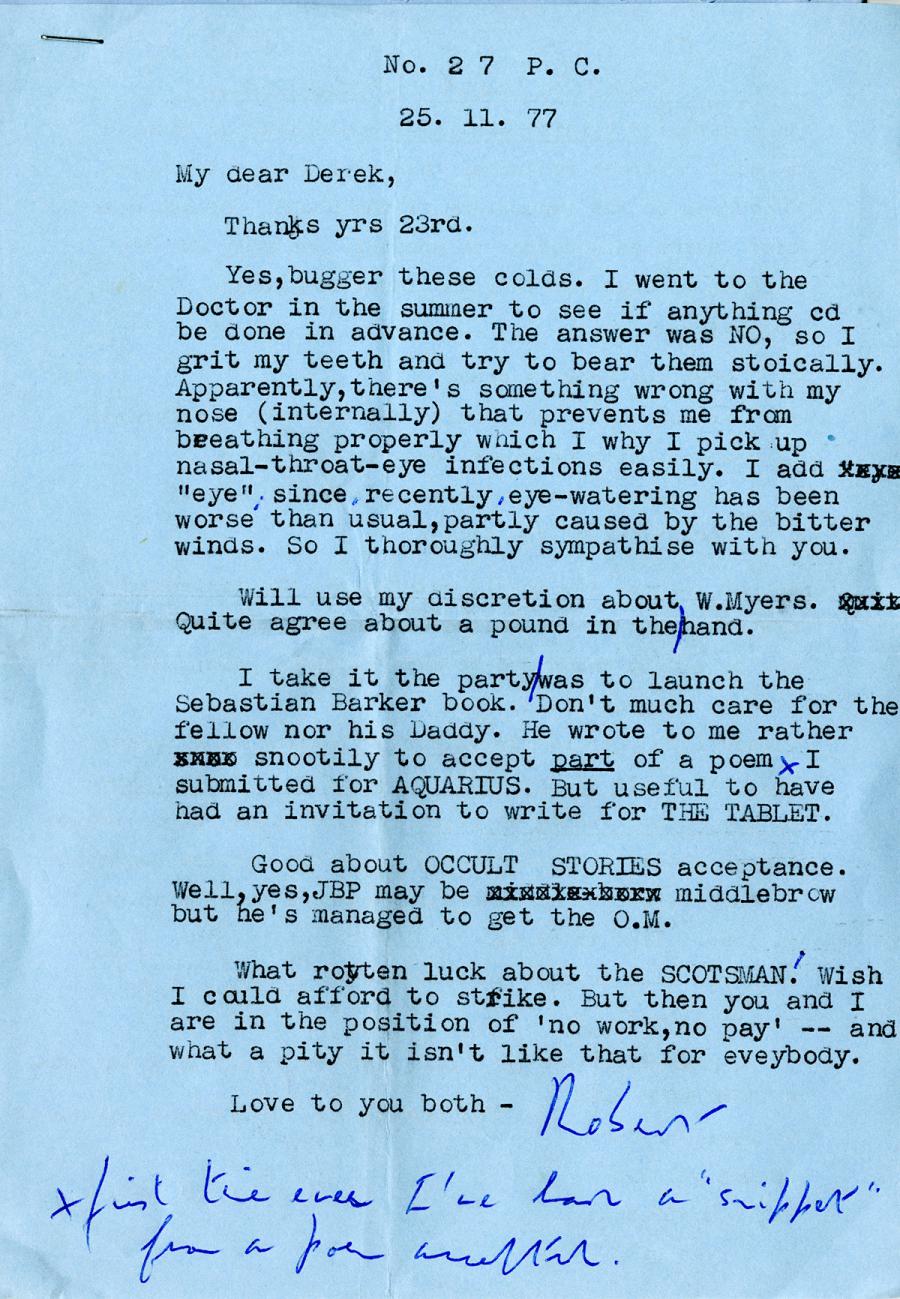 Yes,bugger these colds. I went to the
Doctor in the summer to see if anything cd
be done in advance. The answer was NO, so I
grit my teeth and try to bear them stoically.
Apparently,there's something wrong with my
nose (internally) that prevents me from
beeathing properly which I why I pick up
nasal-throat-eye infections easily. I add
"eye",since,recently,eye-watering has been
worse than usual,partly caused by the bitter
winds. So I thoroughly sympathise with you.

Will use my discretion about. W.Myers,
Quite agree about a pound in the hand.

I take it the party was to launch the
Sebastian Barker book. Don’t much care for the
fellow nor his Daddy. He wrote to me rather
snootily to accept part of a poem I
submitted for AQUARIUS. But useful to have
had an invitation to write for THE TABLET.

Good about OCCULT STORIES acceptance.
Well,yes,JBP may be middlebrow
but he’s managed to get the O.M.

What rotten luck about the SCOTSMAN! Wish
I could afford to strike. But then you and I
are in the position of 'no work,no pay' -- and
what a pity it isn't like that for eveybody.