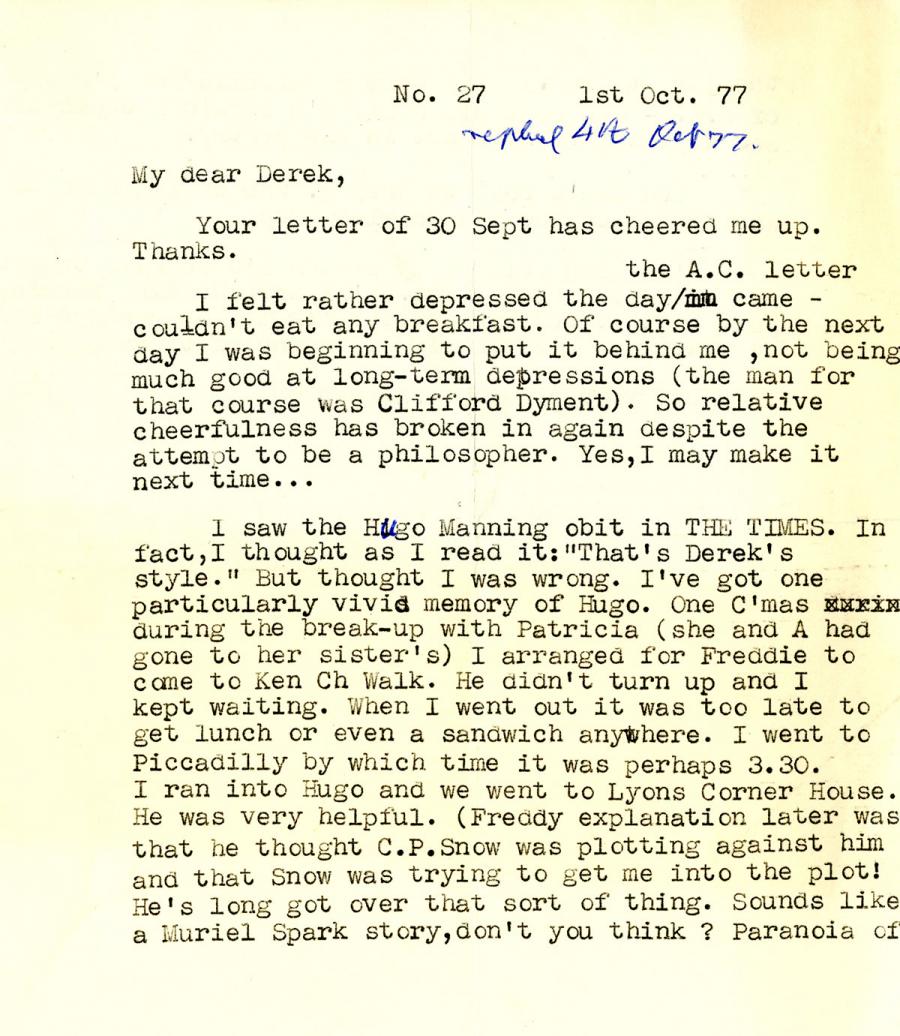 Your letter of 30 Sept has cheered me up.
Thanks.

I felt rather depressed the day/min came -
couldn’t eat any breakfast. Of course by the next
day I was beginning to put it behind me ,not being
much good at long-term depressions (the man for
that course was Clifford Dyment). So relative
cheerfulness has broken in again despite the
attempt to be a philosopher. Yes,I may make it
next time...

1 saw the Hugo Manning obit in THE TIMES. In
fact,I thought as I read it:"That's Derek’s
style." But thought I was wrong. I've got one
particularly vivid memory of Hugo. One C'mas
during the break-up with Patricia
(she and A had gone to her sister's) I arranged for Freddie to
come to Ken Gh Walk. He didn't turn up and I
kept waiting. When I went out it was too late to
get lunch or even a sandwich anywhere. I went to
Piccadilly by which time it was perhaps 3.30.

I ran into Hugo and we went to Lyons Corner House.
He was very helpful. (Freddy explanation later was
that he thought G.P.Snow was plotting against him
and that Snow was trying to get me into the plot!
He's long got over that sort of thing. Sounds like
a Muriel Spark story,don't you think ? Paranoia of