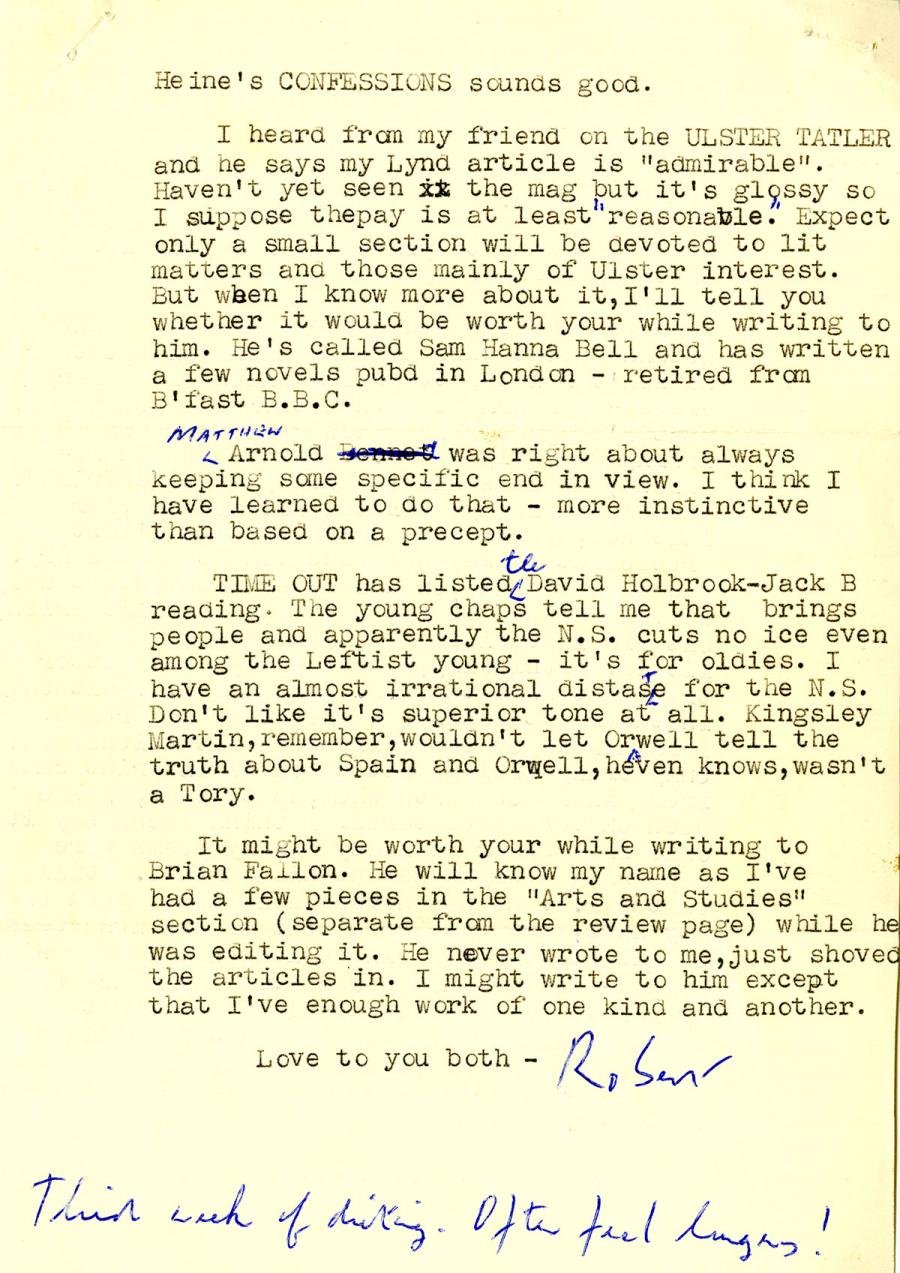 I heard from my friend on the ULSTER TATLER
and he says my Lynd article is "admirable".
Haven’t yet seen the mag but it's glossy so
I suppose thepay is at least "reasonable". Expect
only a small section will be devoted to lit
matters and those mainly of Ulster interest.
But when I know more about it,I’ll tell you
whether it would be worth your while writing to
him. He’s called Sam Hanna Bell and has written
a few novels pubd in London - retired from
B’fast B.B.C.

Matthew Arnold was right about always
keeping some specific end in view. I think I
have learned to do that - more instinctive
than based on a precept.

TIME OUT has listed the David Holbrook-Jack B
reading. The young chaps tell me that brings
people and apparently the N.S. cuts no ice even
among the Leftist young - it’s for oldies. I
have an almost irrational distaste for the N.S.
Don’t like it’s superior tone at all. Kingsley
Martin,remember,wouldn’t let Orwell tell the
truth about Spain and Orwell,heaven knows,wasn’t
a Tory.

It might be worth your while writing to
Brian Fallon. He will know my name as I’ve
had a few pieces in the "Arts and Studies"
section (separate from the review page) while he
was editing it. He never wrote to me,just shoved
the articles in. I might write to him except
that I’ve enough work of one kind and another.

Love to you both -Robert