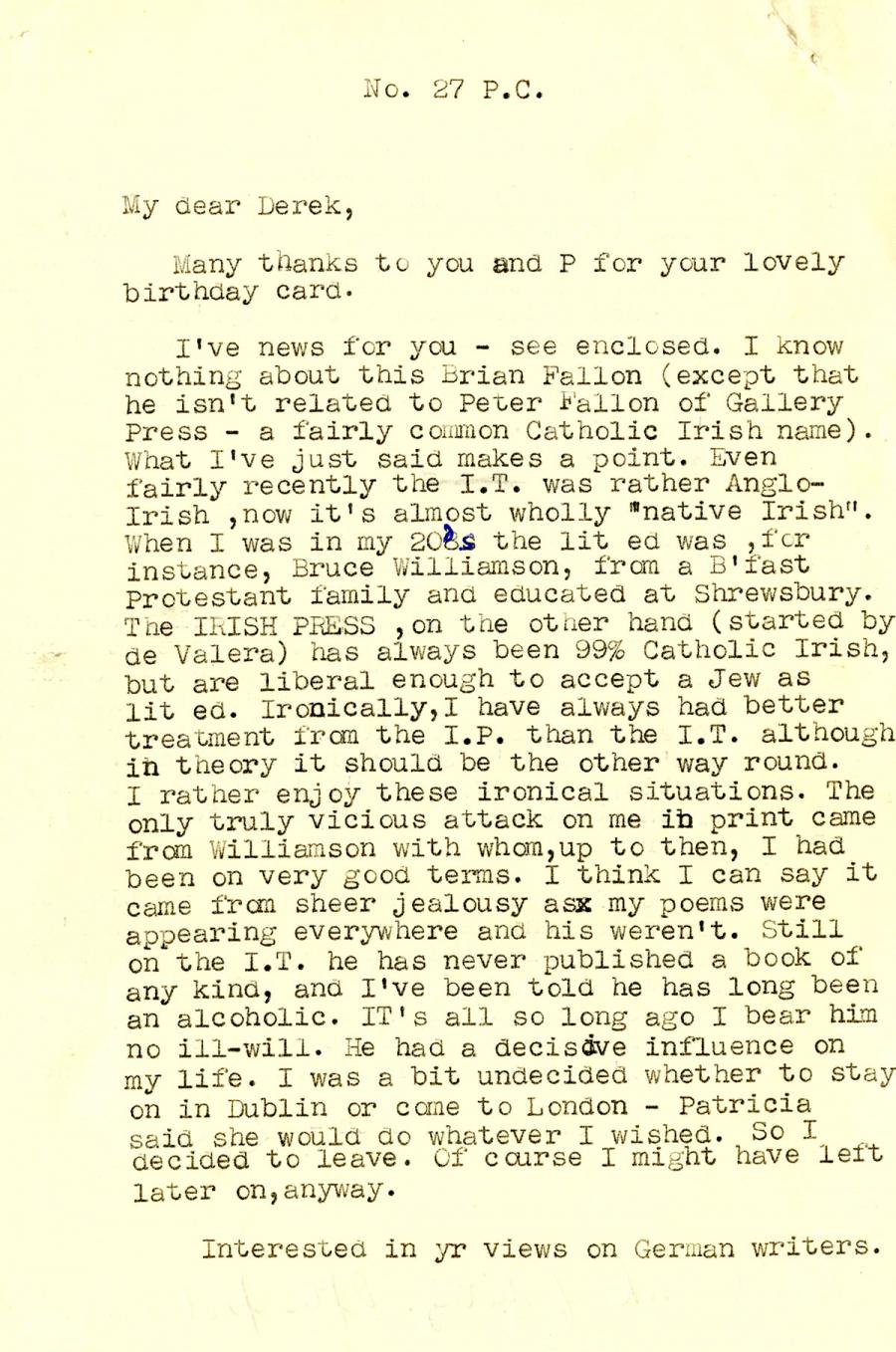 Many thanks to you and P for your lovely
birthday card.

I've news for you - see enclosed. I know
nothing about this Brian Fallon (except that
he isn't related to Peter Fallon of Gallery
Press - a fairly common Catholic Irish name).
What I've just said makes a point. Even
fairly recently the I.T. was rather Anglo-
Irish ,now it's almost wholly "native Irish”.
When I was in my 20's the lit ed was ,for
instance, Bruce Williamson, from a B'fast
Protestant family and educated at Shrewsbury.
The IRISH PRESS ,on the other hand (started by
de Valera) has always been 99% Catholic Irish,
but are liberal enough to accept a Jew as
lit ed. Ironically,! have always had better
treatment frcm the I.P. than the I.T. although
in theory it should be the other way round.

I rather enjoy these ironical situations. The
only truly vicious attack on me in print came
frcm Williamson with whom,up to then, I had
been on very good terms. I think I can say it
came from sheer jealousy as my poems were
appearing everywhere and his weren't. Still
on the I.T. he has never published a book of
any kind, and I've been told he has long been
an alcoholic. IT's all so long ago I bear him
no ill-will. He had a decisive influence on
my life. I was a bit undecided whether to stay
on in Dublin or come to London - Patricia
said she would do whatever I wished. So I
decided to leave. Of course I might have left
later on,anyway.