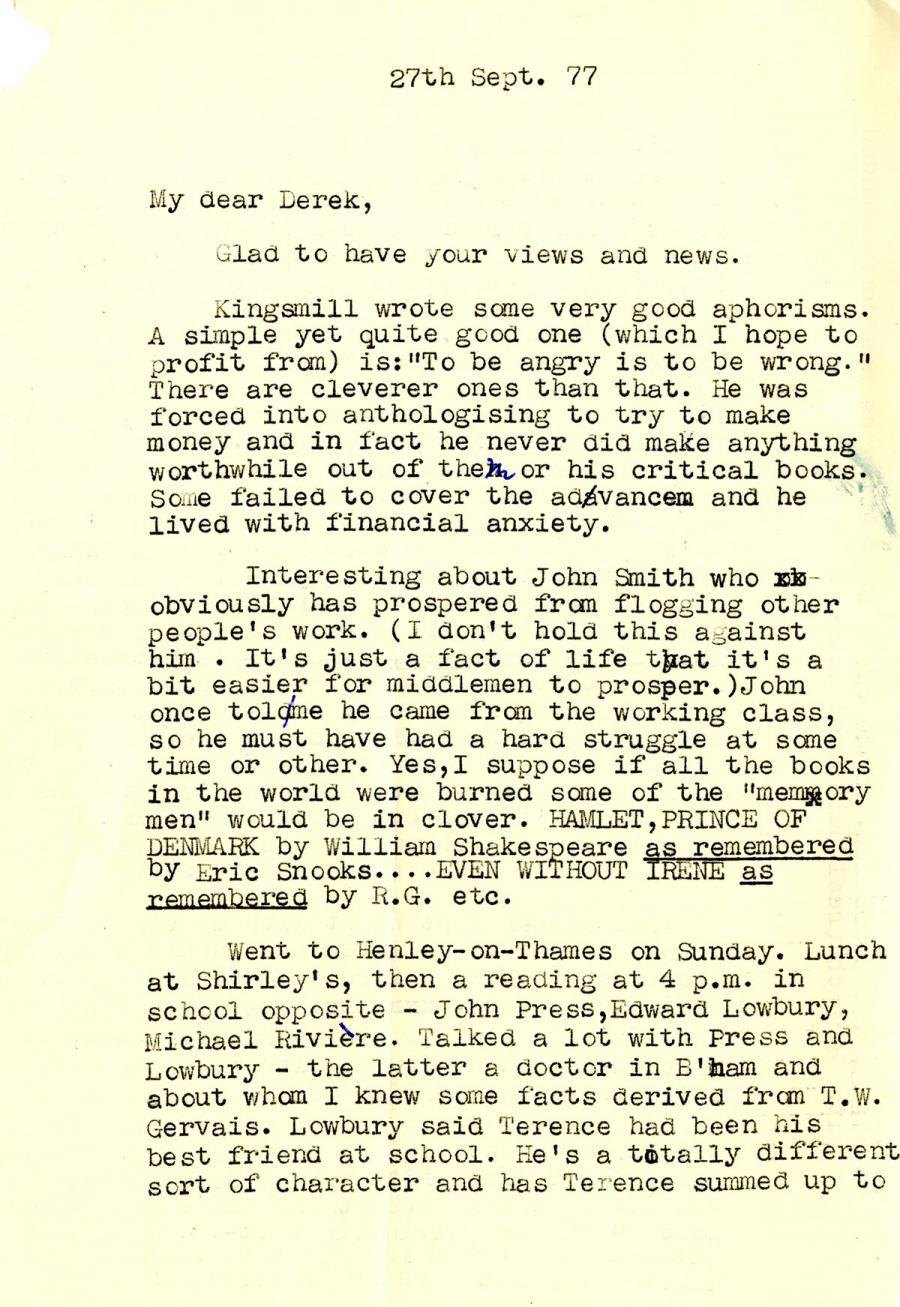 Glad to have your views and news.

Kingsmill wrote some very good aphorisms.
A simple yet quite good one (which I hope to
profit from) is:"To be angry is to be wrong."
There are cleverer ones than that. He was
forced into anthologising to try to make
money and in fact he never did make anything
worthwhile out of them or his critical books.
Some failed to cover the advancem and he
lived with financial anxiety.

Interesting about John Smith who
obviously has prospered from flogging other
people’s work. (I don’t hold this against
him . It's just a fact of life that it’s a
bit easier for middlemen to prosper.)John
once told me he came from the working class,
so he must have had a hard struggle at some
time or other. Yes,I suppose if all the books
in the world were burned some of the "memory
men" would be in clover. HAMLET, PRINCE OF
DENMARK by William Shakespeare as remembered
by Eric Snooks....EVEN WITHOUT IRENE as
remembered by R.G. etc.

Went to Henley-on-Thames on Sunday. Lunch
at Shirley’s, then a reading at 4 p.m. in
school opposite - John Press,Edward Lowbury,
Michael Riviere. Talked a lot with Press and
Lowbury - the latter a doctor in B’ham and
about whom I knew some facts derived from T.W.
Gervais. Lowbury said Terence had been his
best friend at school. He’s a totally different
sort of character and has Terence summed up to