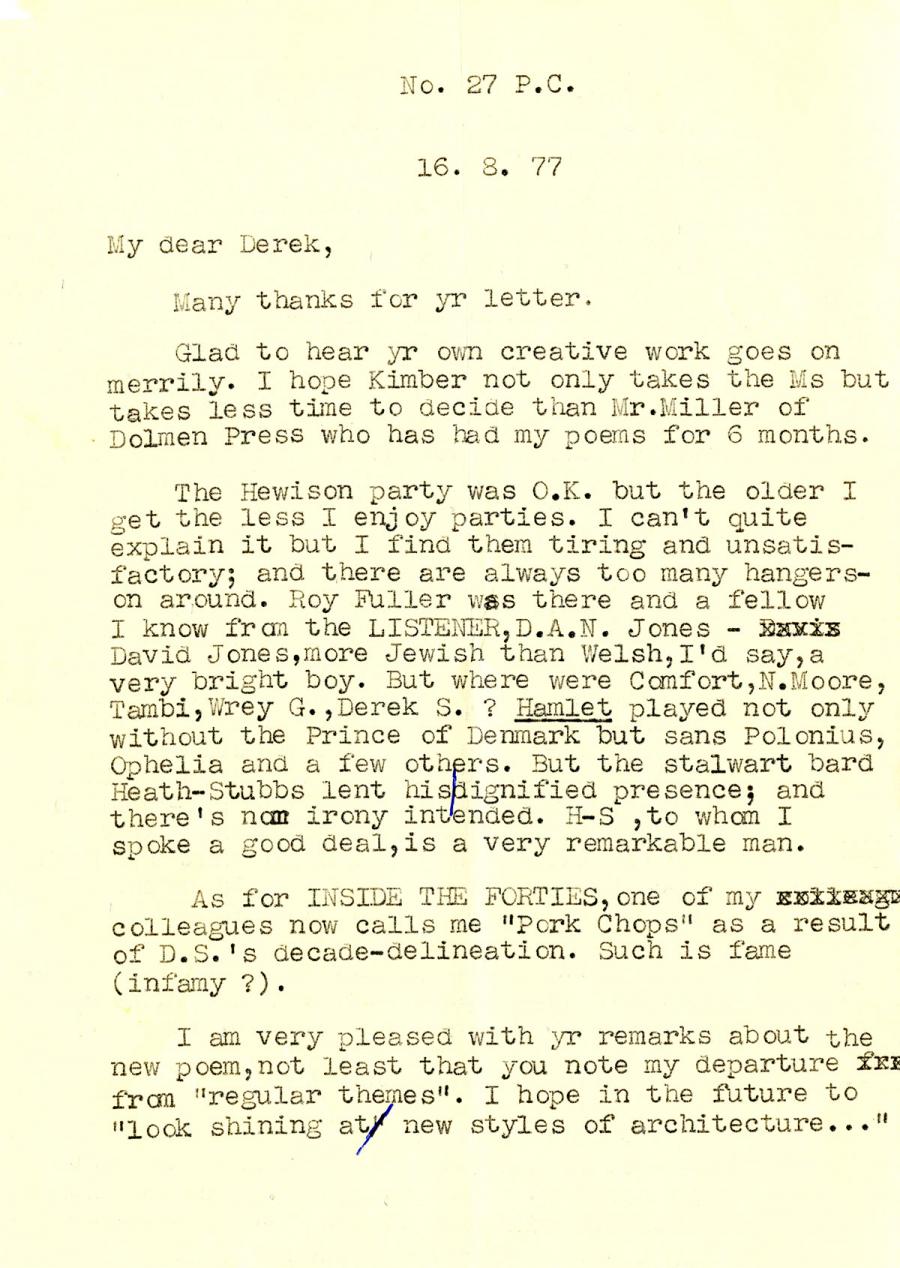 Many thanks for yr letter.

Glad to hear yr own creative work goes on
merrily. I hope Kimber not only takes the Ms but
takes less time to decide than Mr.Miller of
Dolmen Press who has had my poems for 6 months.

The Hewison party was O.K. but the older I
get the less I enjoy parties. I can't quite
explain it but I find them tiring and unsatis-
factory; and there are always too many hangers-
on around. Roy Fuller was there and a fellow
I know from the LISTENER,D.A.N. Jones -
David Jones,more Jewish than Welsh,I'd say,a
very bright boy. But where were Comfort,N.Moore,
Tambi, Wrey G.,Derek S. ? Hamlet played not only
without the Prince of Denmark but sans Polonius,
Ophelia and a few others. But the stalwart bard
Heath-Stubbs lent his dignified presence; and
there’s no irony intended. H-S ,to whom I
spoke a good deal,is a very remarkable man.

As for INSIDE THE FORTIES, one of my
colleagues now calls me "Pork Chops" as a result
of D.S.'s decade-delineation. Such is fame
(infamy ?).

I am very pleased with yr remarks about the
new poem,not least that you note my departure
from "regular themes”. I hope in the future to
"look shining at new styles of architecture...”