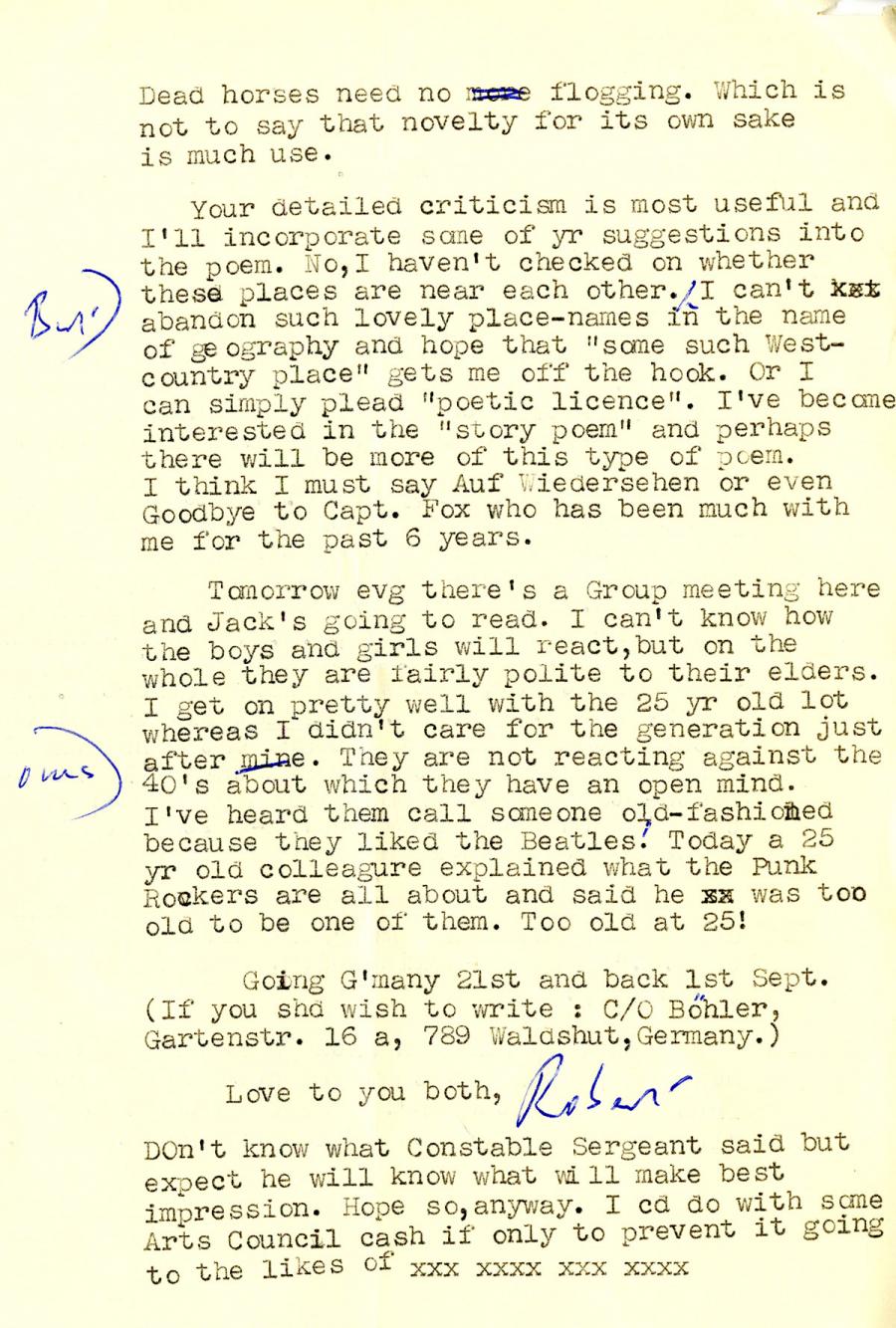 ﻿Dead horses need no flogging. Which is
not to say that novelty for its own sake
is much use.

Your detailed criticism is most useful and
I'll incorporate some of yr suggestions into
the poem. No,I haven't checked on whether
thesd places are near each other• But I
can't abandon such lovely place-names
in the name
of geography and hope that "some such West-
country place” gets me off the hook. Or I
can simply plead "poetic licence". I've become
Interested in the "story poem" and perhaps
there will be more of this type of poem.
I think I must say Auf Wiedersehen or even
Goodbye to Capt. Fox who has been much with
me for the past 6 years.

Tomorrow evg there's a Group meeting here
and Jack's going to read. I can't know how
the boys and girls will react,but on the
whole they are fairly polite to their elders.
I get on pretty well with the 25 yr old lot
whereas I didn't care for the generation just
after ours.
They are not reacting against the
40's about which they have an open mind.

I've heard them call someone old-fashioned
because they liked the Beatles! Today a 25
yr old colleagure explained what the Rink
Bockers are all about and said he was too
old to be one of them. Too old at 25!

Love to you both, Robert