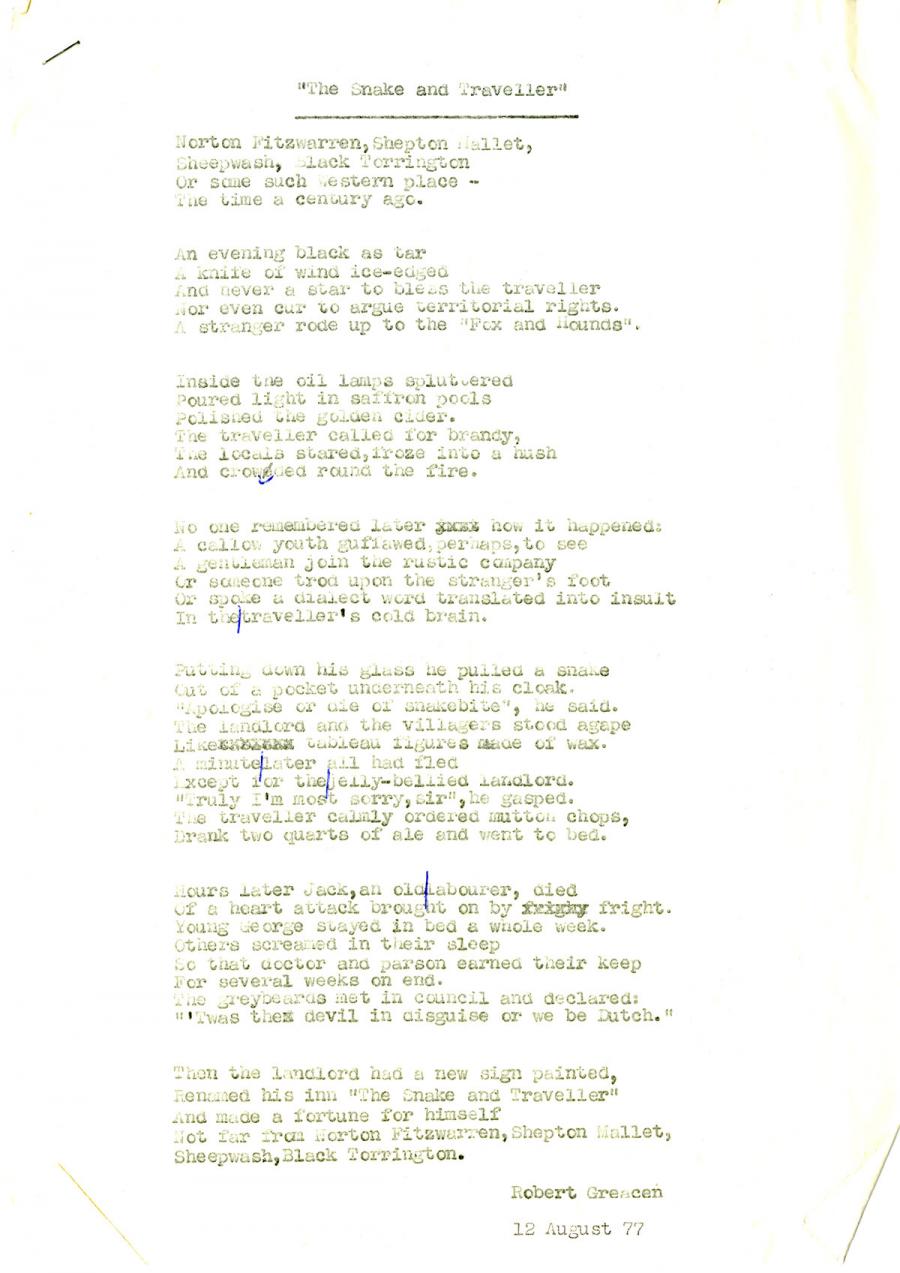 ﻿"The Snake and Traveller"

Norton Fitzwarren, Shepton Mallet,
sheepwash, Black Torrington
or some such western place -
The time a century ago.

Inside the oil lamps spluttered
Poured light in saffron pool
Polished the golden cider.
The traveller called for brandy,
The locals stared, froze into a hush
And crowded round the fire.

No one remembred later how it happened:
A callow youth guffawed, perhaps, to see
A gentleman join the rustic company
Or someone trod upon the stranger's foot
Or spoke a dialect word translated into insult
In the traveller's cold brain*

putting down his glass he pulled a snake
Out of his pocket underneath his cloak.
"Apologise or die of snakebite", he said.
The landlord and the villagers stood agape
Like tableau figures made of wax.
A minute later all had fled]Except for the jelly-bellied landlord.
"Truly I'm most sorry,sir", he gasped.
The traveller calmly ordered mutton chops,
Drank two quarts of ale and went to bed.

Hours later Jack, an old labourer died
Of a heart attack brought on by fright.
Young George stayed in bed a whole week.
Others screamed in their sleep
So that doctor and parson earned their keep
For several weeks on end.
The greaybeards met in council and declared:
"'Twas the devil in disguise or we be Dutch."

Then the landlord had a new sign painted,
Renamed his inn "The Snake and Traveller"
And made a fortune for himself
Not far from Norton Fitzwarren,Shepton Mallet,
sheepwash, Black Torrington.