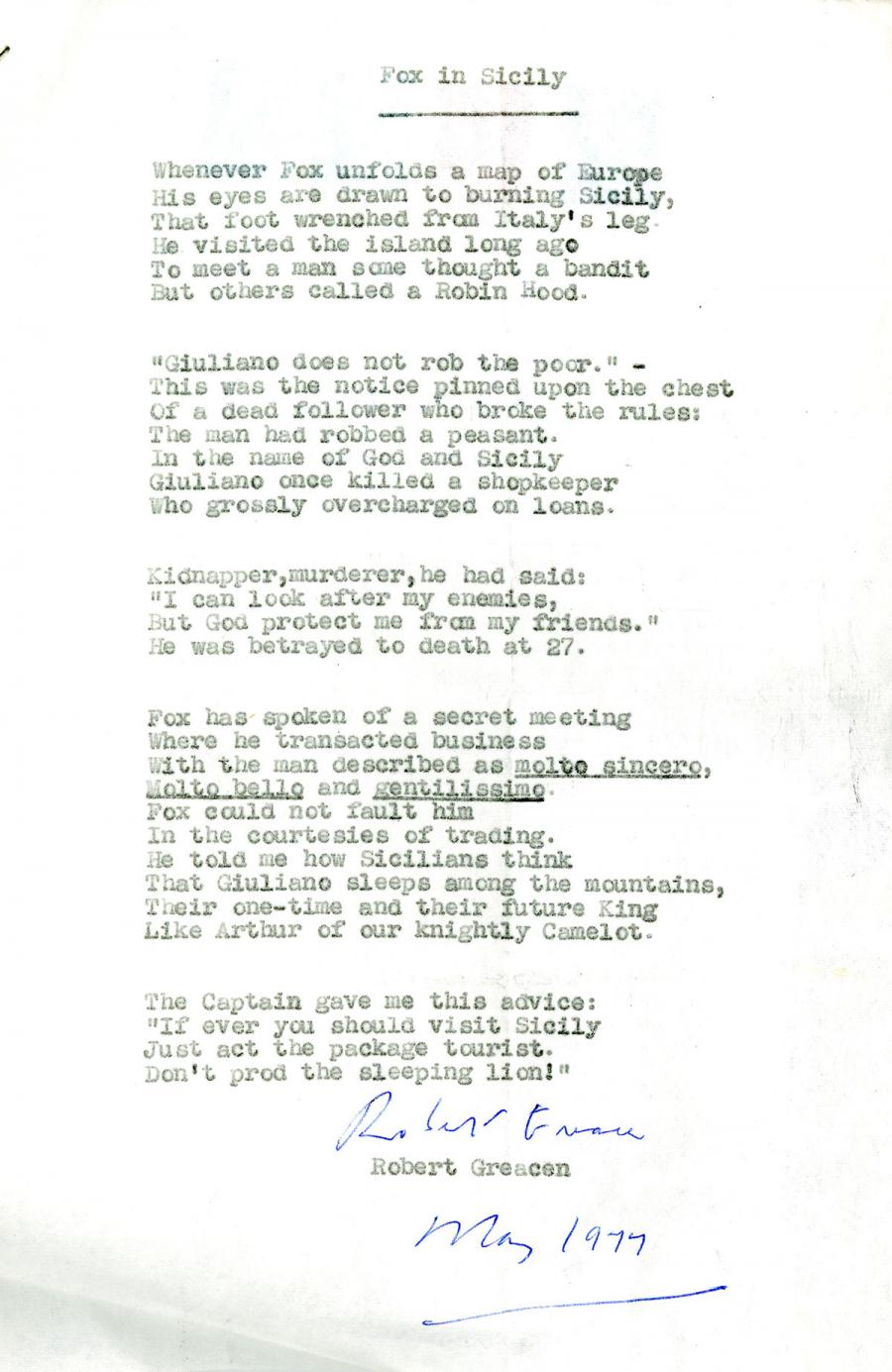 Whenever Fox unfolds a map of Europe
His eyes are drawn to burning Sicily,
That foot wrenched from Italy's leg
He visited the Island long ago
To meet a man some thought a bandit
But others called a Robin Hood.

Giuliano does not rob the poor.” -
This was the notice pinned upon the chest
Of a dead follower who broke the rules;
The man had robbed a peasant.
In the name of God and Sicily
Giuliano once killed a shopkeeper
who grossly overcharged on loans.

Kidnapper,murderer, he had said;
"I can look after my enemies,
But God protect me from my friends."
He was betrayed to death at 27.

Fox has spoken of a secret meeting
Where he transacted business
ith the man described as molto sincero,
Molto bello and gentilissimo.
Fox could not fault him
In the courtesies of trading.

He told me how Sicilians think
That Giuliano sleeps among the mountains,
Their one-time and their future King
Like Arthur of our knightly Camelot.

The Captain gave me this advice;
"If ever you should visit Sicily
Just act the package tourist.