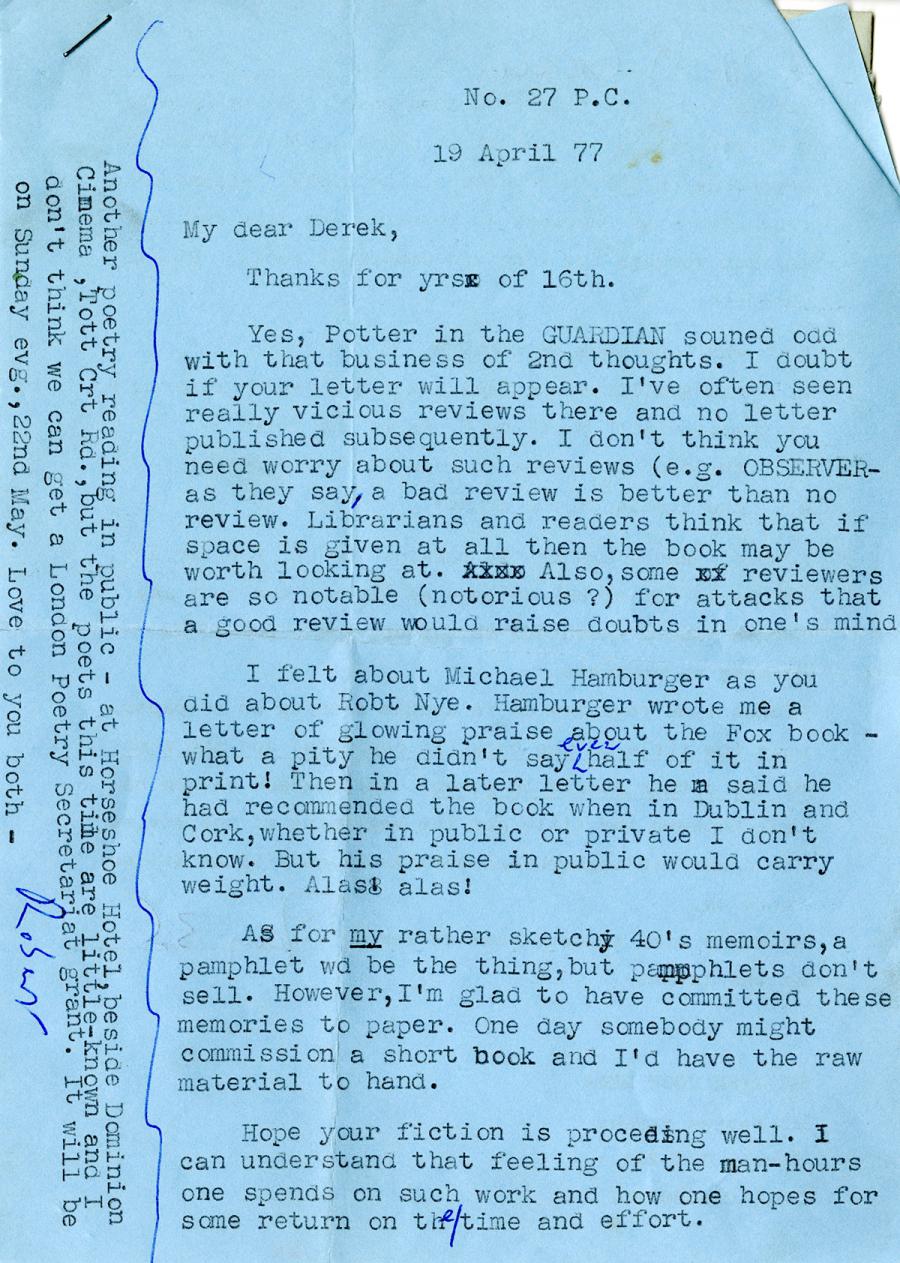 Yes, Potter in the GUARDIAN souned odd
with that business of 2nd thoughts. I doubt
if your letter will appear. I’ve often seen
really vicious reviews there and no letter
published subsequently. I don’t think you
need worry about such reviews (e.g. OBSERVER-
as they say, a bad review is better than no
review. Librarians and readers think that if
space is given at all then the book may be
worth looking at. Also,some reviewers
are so notable (notorious ?) for attacks that
a good review would raise doubts in one’s mind

I felt about Michael Hamburger as you
aid about Robt Nye. Hamburger wrote me a
letter of glowing praise about the Fox book -
what a pity he didn’t say evenhalf of it in
print! Then in a later letter he said he
had recommended the book when in Dublin and
Cork,whether in public or private I don’t
know. But his praise in public would carry
weight. Alas! alas!

As for my rather sketchy 40’s memoirs,a
pamphlet wd be the thing,but pamphlets don’t
sell. However,I'm glad to have committed these
memories to paper. One day somebody might
commission'a short book and I’d have the raw
material to hand.

Hope your fiction is preceding well. I
can understand that feeling of the man-hours
one spends on such work and how one hopes for
some return on the time and effort.
Another poetry reading in public-at Horseshoe Hotel
beside Dominion Cinema , Tott Crt Rd, but the poets
this time are little-known and I don't think we can
get a London Poetry Secretariat grant. It will be on
Sunday evg., 22nd May.
Love to you both - Robert