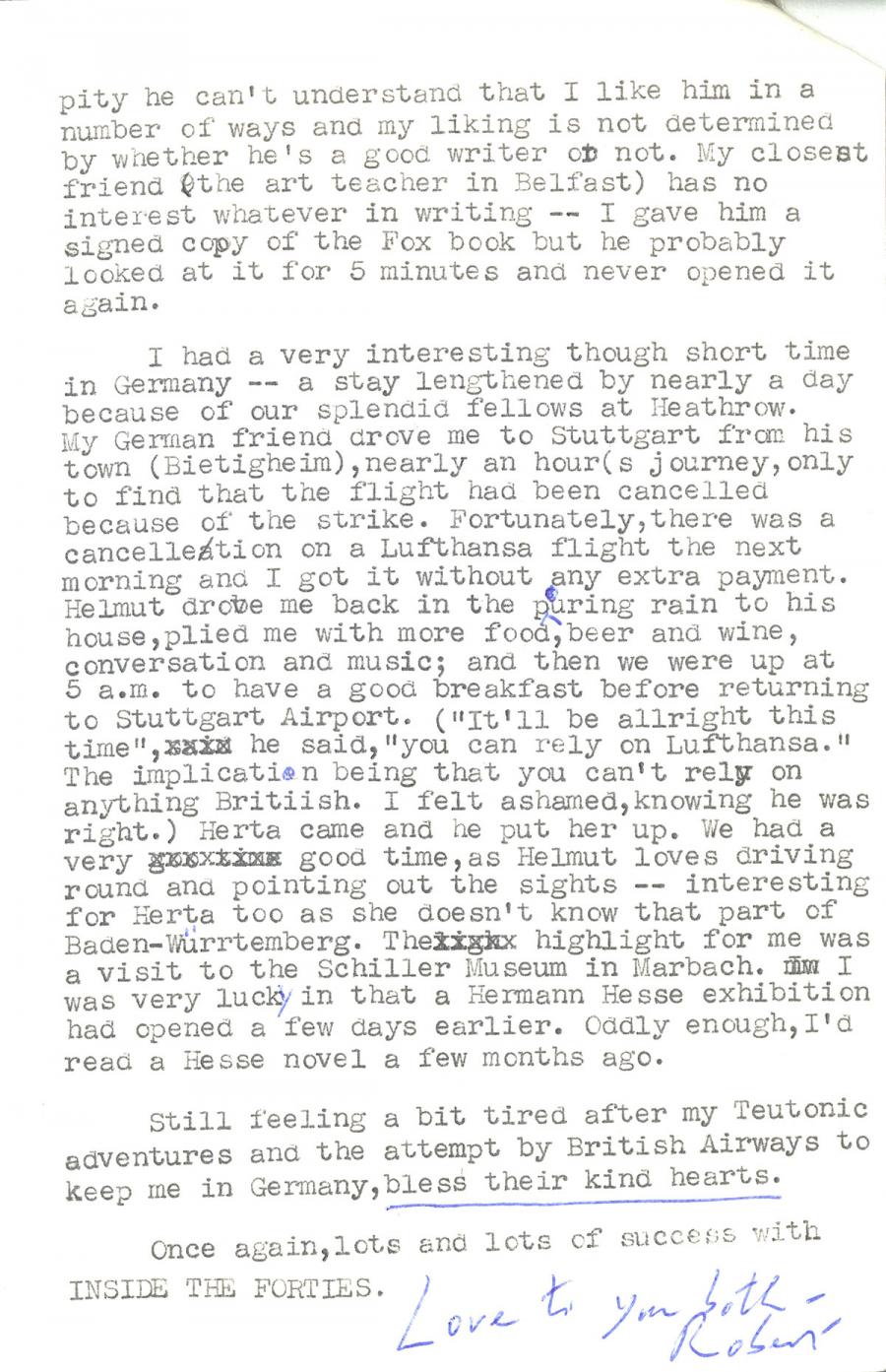 ﻿pity he can’t understand that I like him in a
number of ways and my liking is not determined
by whether he’s a good writer or not. My closest
friend (the art teacher in Belfast) has no
interest whatever in writing -- I gave him a
signed copy of the Fox book but he probably
looked at it for 5 minutes and never opened it
again.

I had a very interesting though short time
in Germany — a stay lengthened by nearly a day
because of our splendid fellows at Heathrow.
My German friend drove me to Stuttgart from his
town (Bietigheim),nearly an hour(s journey,only
to find that the flight had been cancelled
because of the strike. Fortunately,there was a
cancellation on a Lufthansa flight the next
morning and I got it without any extra payment.
Helmut drove me back in the pouring rain to his
house,plied me with more food,beer and wine,
conversation and music; and then we were up at
5 a.m. to have a good breakfast before returning
to Stuttgart Airport, (“it’ll be allright this
time”, he said, "you can rely on Lufthansa."
The implication being that you can’t rely on
anything Britiish. I felt ashamed,knowing he was
right.) Herta came and he put her up. We had a
very good time,as Helmut loves driving
round and pointing out the sights -- interesting
for Herta too as she doesn’t know that part of
Baden-Wurrtemberg. The highlight for me was
a visit to the Schiller Museum in Marbach. I
was very lucky in that a Hermann Hesse exhibition
had opened a few days earlier. Oddly enough,I’d
read a Hesse novel a few months ago.

Still feeling a bit tired after my Teutonic
adventures and the attempt by British Airways to
keep me in Germany,bless their kind hearts.

Once again,lots and lots of success with
INSIDE THE FORTIES.
Love to you both -
Robert