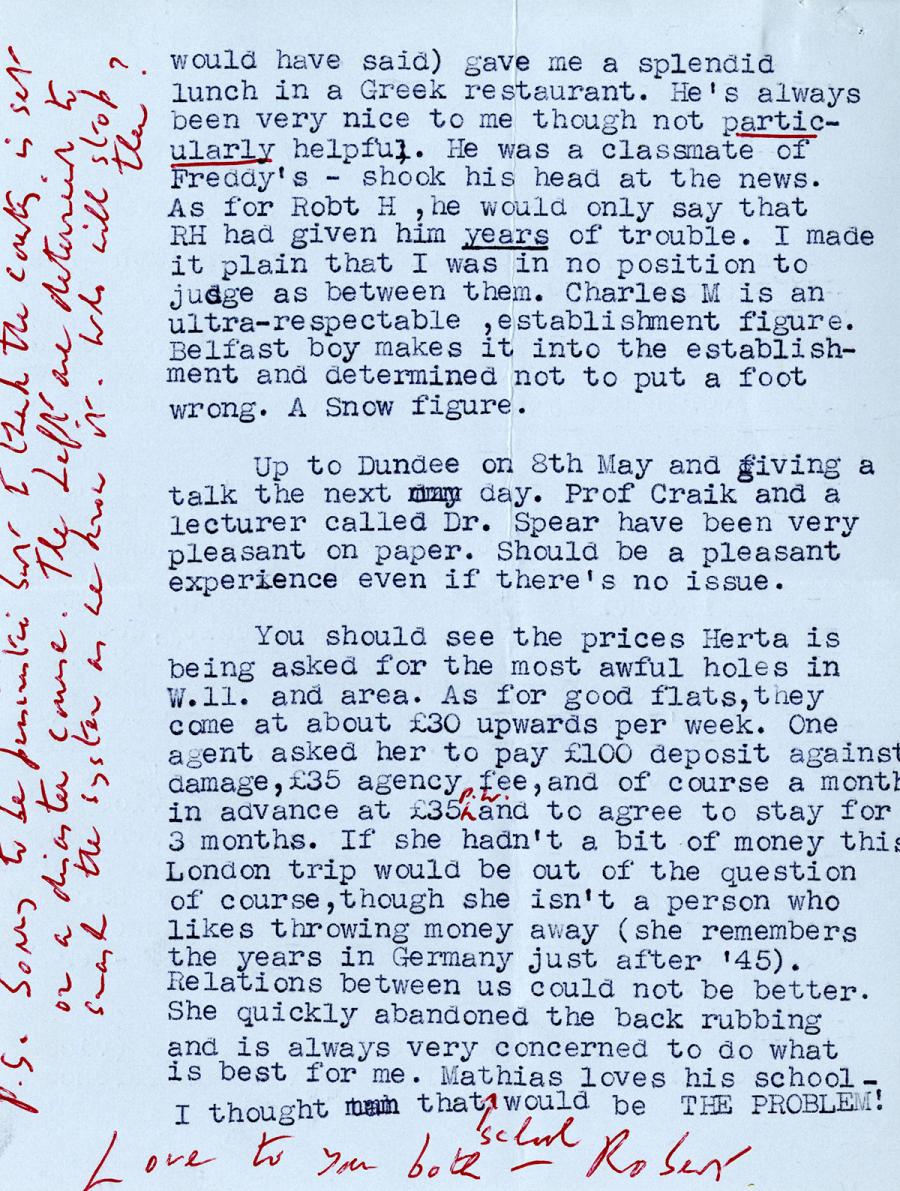 ﻿
would have said) gave me a splendid
lunch in a Greek restaurant. He's always
been very nice to me though not partic-
ularly helpful. He was a classmate of
Freddy's - shook his head at the news.
As for Robt H , he would only say that
RK had given him years of trouble. I made
it plain that I was in no position to
judge as between them. Charles M is an
ultra-respectable ,establishment figure.
Belfast boy makes it into the establish-
ment and determined not to put a foot
wrong. A Snow figure.

Up to Dundee on 8th May and giving a
talk the next day. Prof Craik and a
lecturer called Dr. Spear have been very
pleasant on paper. Should be a pleasant
experience even if there's no issue.

You should see the prices Herta is
being asked for the most awful holes in
W.11. and area. As for good flats,they
come at about £30 upwards per week. One
agent asked her to pay £100 deposit against
damage,£35 agency,fee,and of course a month
in advance at £35 p.w. and to agree to stay for
3 months. If she hadn't a bit of money this
London trip would be out of the question
of course,though she isn't a person who
likes throwing money away (she remembers
the years in Germany just after '45).
Relations between us could not be better.
She quickly abandoned the back rubbing
and is always very concerned to do what
is best for me. Mathias loves his school-
I thought that school would be THE PROBLEM!

P.S. Sorry to be pessimistic but I think the country
is set on a disaster course. The left are determined to smash
the system as we know it. Who will stop them?