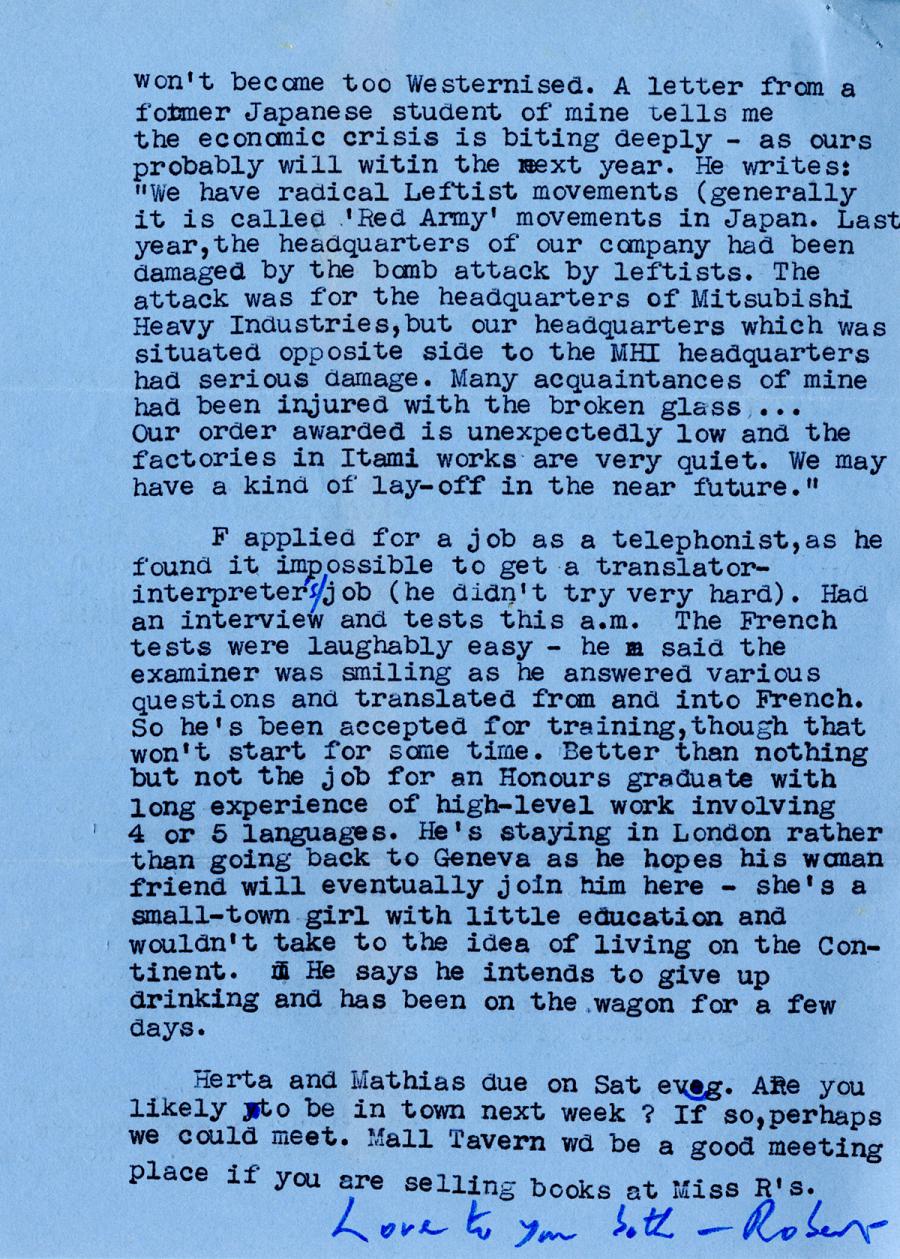 ﻿won’t become too Westernised. A letter from a
former Japanese student of mine tells me
the economic crisis is biting deeply - as ours
probably will witin the next year. He writes:
"We have radical Leftist movements (generally
it is called .'Red Army' movements in Japan. Last
year,the headquarters of our company had been
damaged by the bomb attack by leftists. The
attack was for the headquarters of Mitsubishi
Heavy Industries,but our headquarters which was
situated opposite side to the MHI headquarters
had serious damage. Many acquaintances of mine
had been injured with the broken glass ...
Our order awarded is unexpectedly low and the
factories in Itami works are very quiet. We may
have a kind of lay-off in the near future."

F applied for a job as a telephonist,as he
found it impossible to get a translator-
interpreter's job (he didn’t try very hard). Had
an interview and tests this a.m. The French
tests were laughably easy - he said the
examiner was smiling as he answered various
questions and translated from and into French.
So he’s been accepted for training,though that
won’t start for some time. Better than nothing
but not the job for an Honours graduate with
long experience of high-level work involving
4 or 5 languages. He’s staying in London rather
than going back to Geneva as he hopes his woman
friend will eventually join him here - she's a
small-town girl with little education and
wouldn't take to the idea of living on the Con-
tinent.

Herta and Mathias due on Sat evg. Are you
likely to be in town next week ? If so,perhaps
we could meet. Mall Tavern wd be a good meeting

place if you are selling books at Miss R's.
Love to you both- Robert