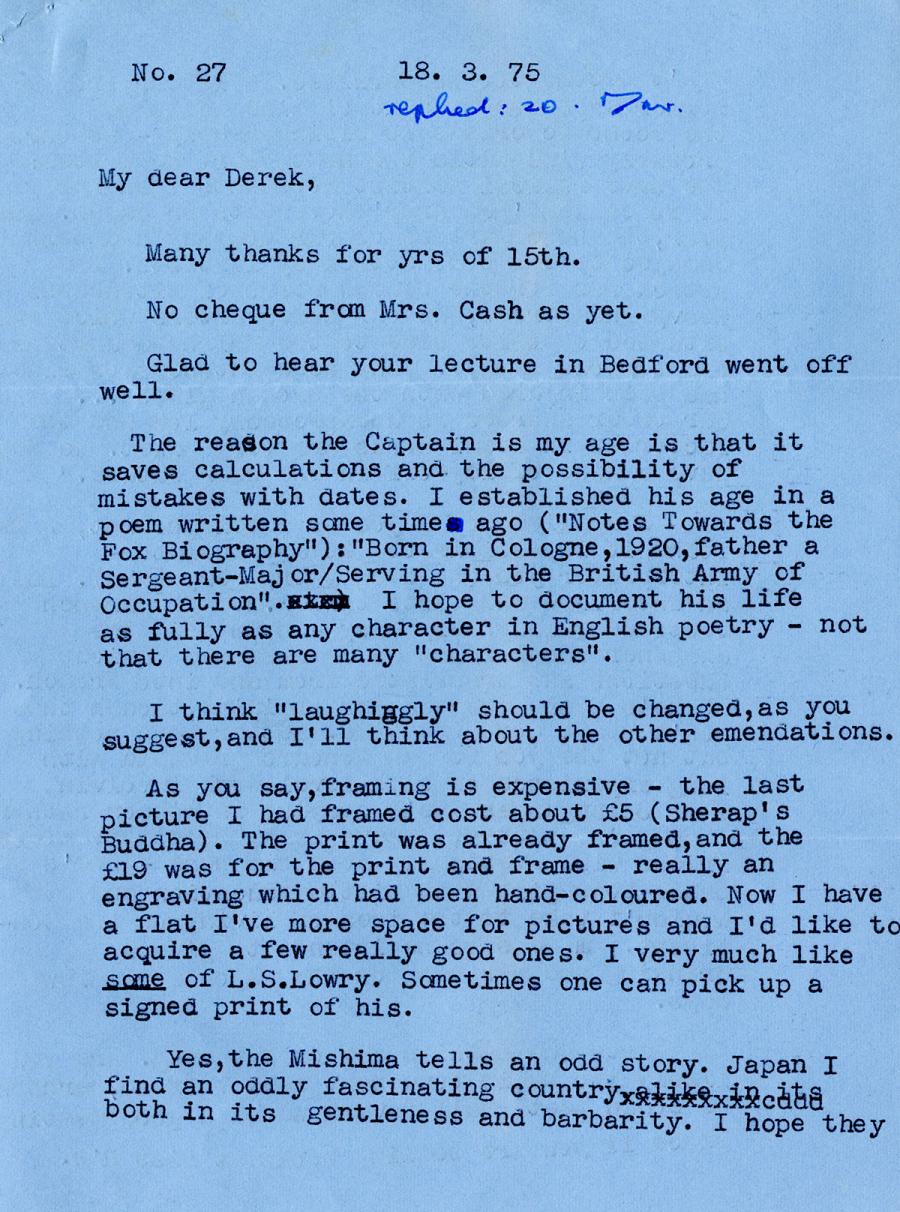 Many thanks for yrs of 15th.

No cheque from Mrs. Cash as yet.

Glad to hear your lecture in Bedford went off
well.

The reason the Captain is my age is that it
saves calculations and the possibility of
mistakes with dates. I established his age in a
poem written some time ago (“Notes Towards the
Fox Biography"):“Born in Cologne,1920,father a
Sergeant-Maj or/Serving in the British Army of
Occupation". I hope to document his life
as fully as any character in English poetry - not
that there are many "characters".

I think "laughingly" should be changed,as you
suggest,and I'll think about the other emendations.

As you say,framing is expensive - the last
picture I had framed cost about £5 (Sherap's
Buddha). The print was already framed,and the
£19 was for the print and frame - really an
engraving which had been hand-coloured. Now I have
a flat I've more space for pictures and I'd like to
acquire a few really good ones. I very much like some
of L.S.Lowry. Sometimes one can pick up a
signed print of his.

Yes,the Mishima tells an odd story. Japan I
find an oddly fascinating country
both in its gentleness and barbarity. I hope they