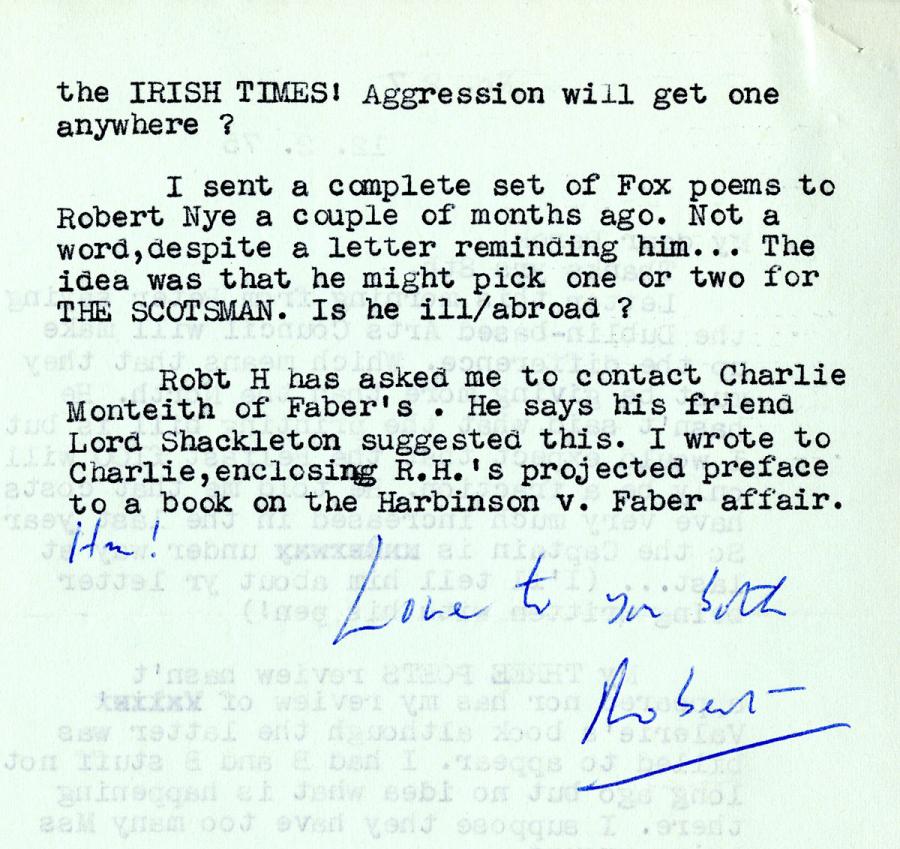 ﻿the IRISH TIMES! Aggression will get one
anywhere ?

I sent a complete set of Fox poems to
Robert Nye a couple of months ago. Not a
word,despite a letter reminding him... The
idea was that he might pick one or two for
THE SCOTSMAN. Is he ill/abroad ?

Robt H has asked me to contact Charlie
Monteith of Faber's . He says his friend
Lord Shackleton suggested this. I wrote to
Charlie,enclosing R.H.'s projected preface
to a book on the Harbinson v. Faber affair.
Hmm!
Love to you both
Robert