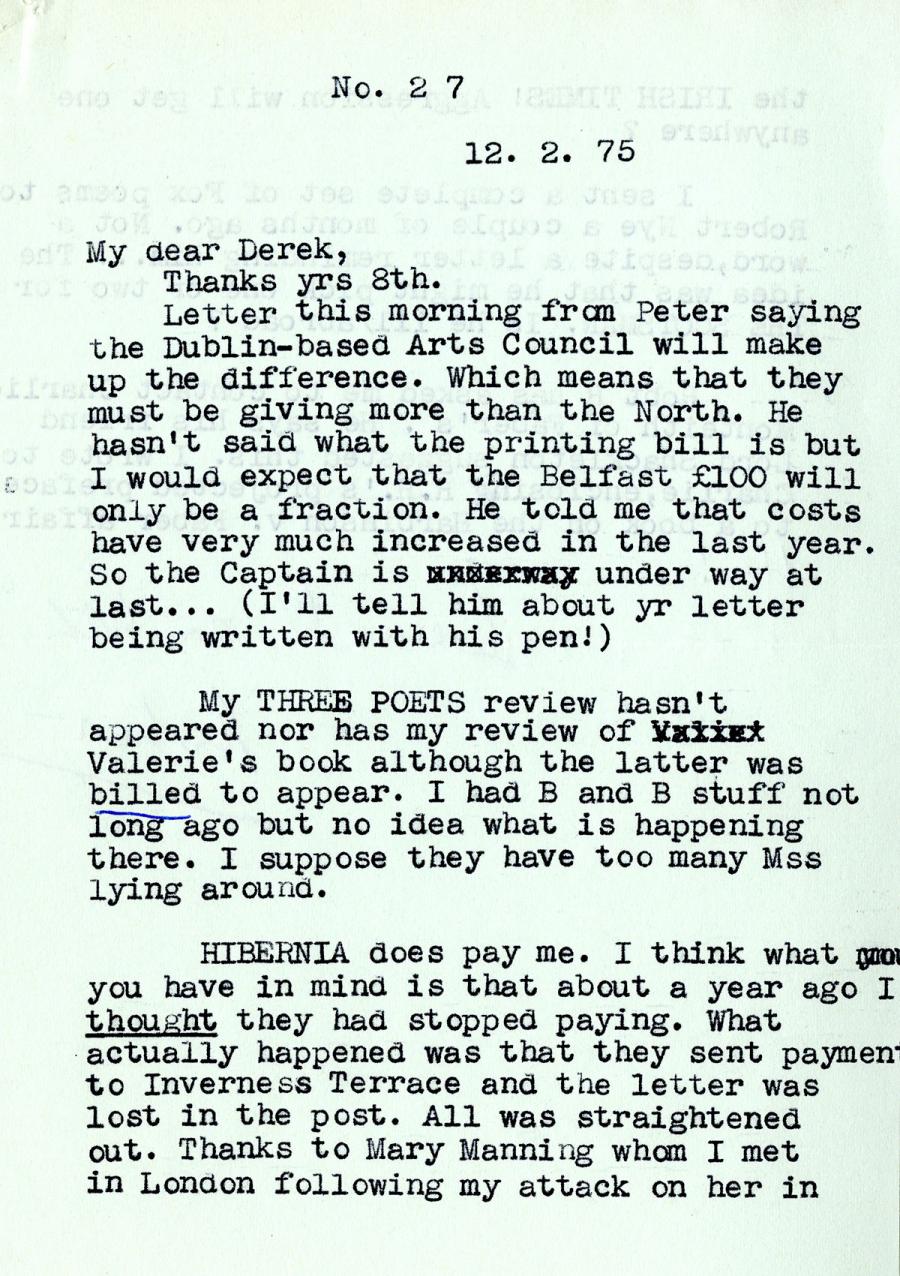 My dear Derek,
Thanks yrs 8th.
Letter this morning from Peter saying
the Dublin-based Arts Council will make
up the difference. Which means that they
must be giving more than the North. He
hasn't said what the printing bill is but
I would expect that the Belfast £100 will
only be a fraction. He told me that costs
have very much increased in the last year.
So the Captain is under way at
last... (I'll tell him about yr letter
being written with his pen!)

My THREE POETS review hasn't
appeared nor has my review of
Valerie's book although the latter was
billed to appear. I had B and B stuff not
long ago but no idea what is happening
there. I suppose they have too many Mss
lying around.

HIBERNIA does pay me. I think what
you have in mind is that about a year ago I
thought they had stopped paying. What
actually happened was that they sent payment
to Inverness Terrace and the letter was
lost in the post. All was straightened
out. Thanks to Mary Manning whom I met
in London following my attack on her in