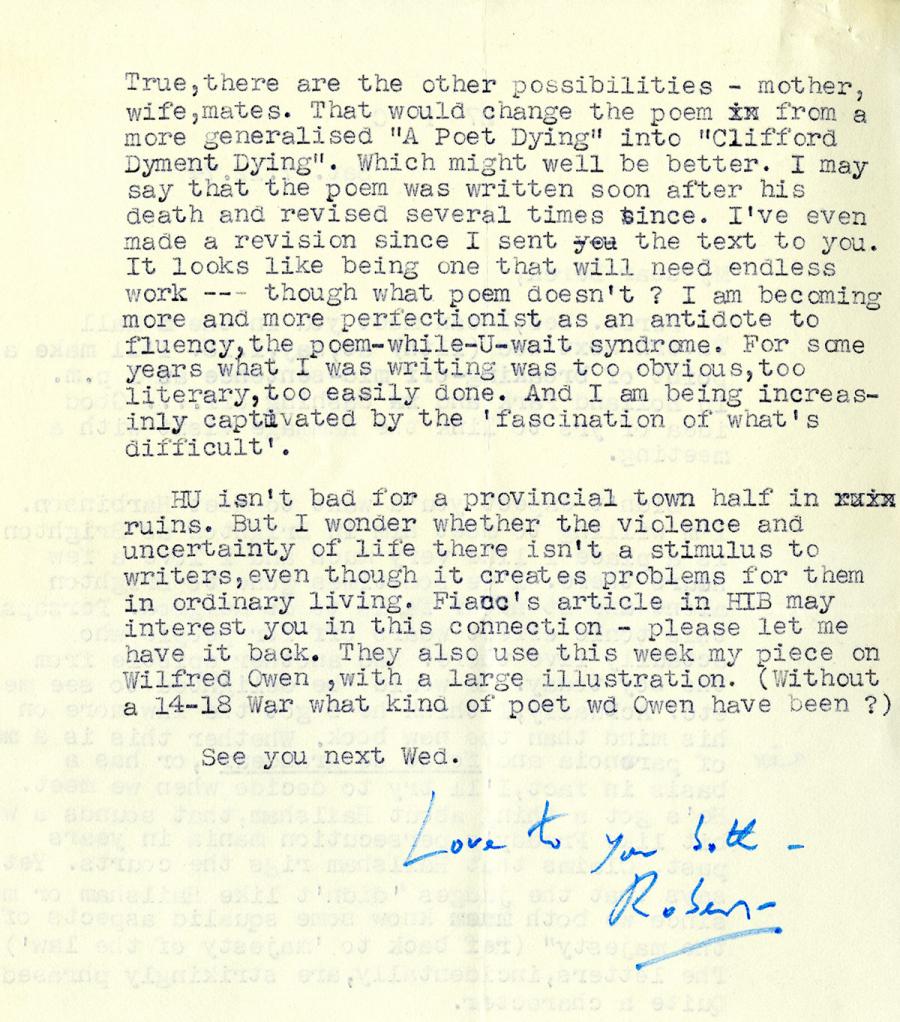 ﻿True,there are the other possibilities - mother,
wife,mates. That would change the poem from a
more generalised "A Poet Dying" into "Clifford
Dynent Dying". Which might well be better. I may
say that the poem was written soon after his
death and revised several times since. I've even
made a revision since I sent the text to you.
It looks like being one that will need endless
work -- though what poem doesn't ? I am becoming
more and more perfectionist as an antidote to
fluency, the poem-while-U-wait syndrome. For some
years what I was writing was too obvious,too
literary,too easily done. And I am being increas-
inly captivated by the 'fascination of what's
difficult'.

HU isn't bad for a provincial town half in
ruins. But I wonder whether the violence and
uncertainty of life there isn't a stimulus to
writers,even though it creates problems for them
in ordinary living. Fiacc's article in HIB may
interest you in this connection - please let me
have it back. They also use this week my piece on
Wilfred Owen ,with a large illustration. (Without
a 14-18 War what kind of poet wd Owen have been ?)

See you next Wed.