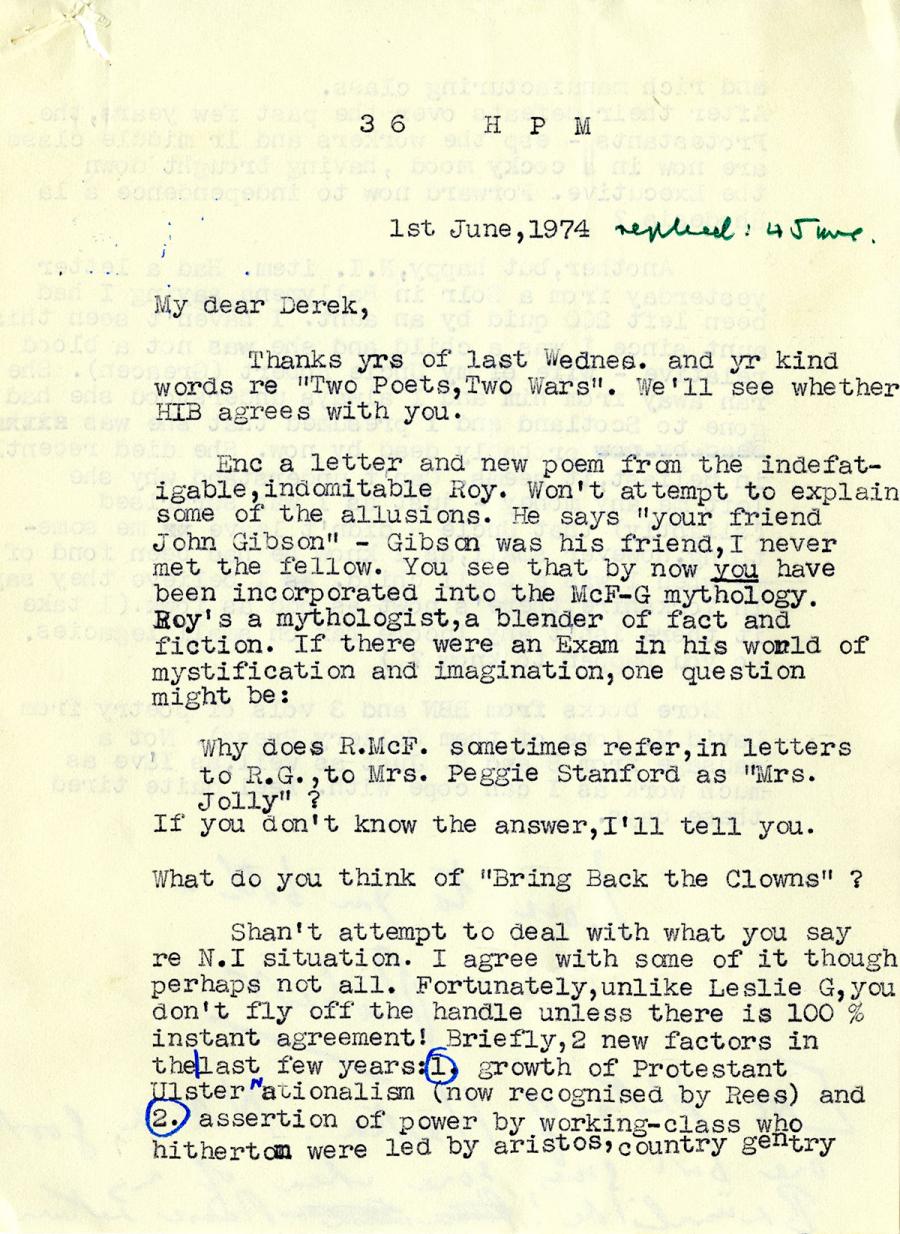 Thanks yrs of last Wednes. and yr kind
words re "Two Poets,Two Wars". We'll see whether
HIB agrees with you.

Enc a letter and new poem frcm the indefat-
igable , indomitable Roy. Won’t attempt to explain
some of the allusions. He says "your friend
John Gibson" - Gibson was his friend,I never
met the fellow. You see that by now you have
been incorporated into the McF-G mythology.
Roy’s a mythologist,a blender of fact and
fiction. If there were an Exam in his world of
mystification and imagination,one question
might be:

If you don’t know the answer, I'll tell you.

What do you think of "Bring Back the Clowns" ?

Shan!t attempt to deal with what you say
re N.I situation. I agree with some of it though
perhaps not all. Fortunately,unlike Leslie G,you
don’t fly off the handle unless there is 100 %
instant agreement! Briefly,2 new factors in
the last few years:1. growth of Protestant
Ulster nationalism Cnow recognised by Rees) and
2. assertion of power by working-class who
hitherto were led by aristos,country gentry