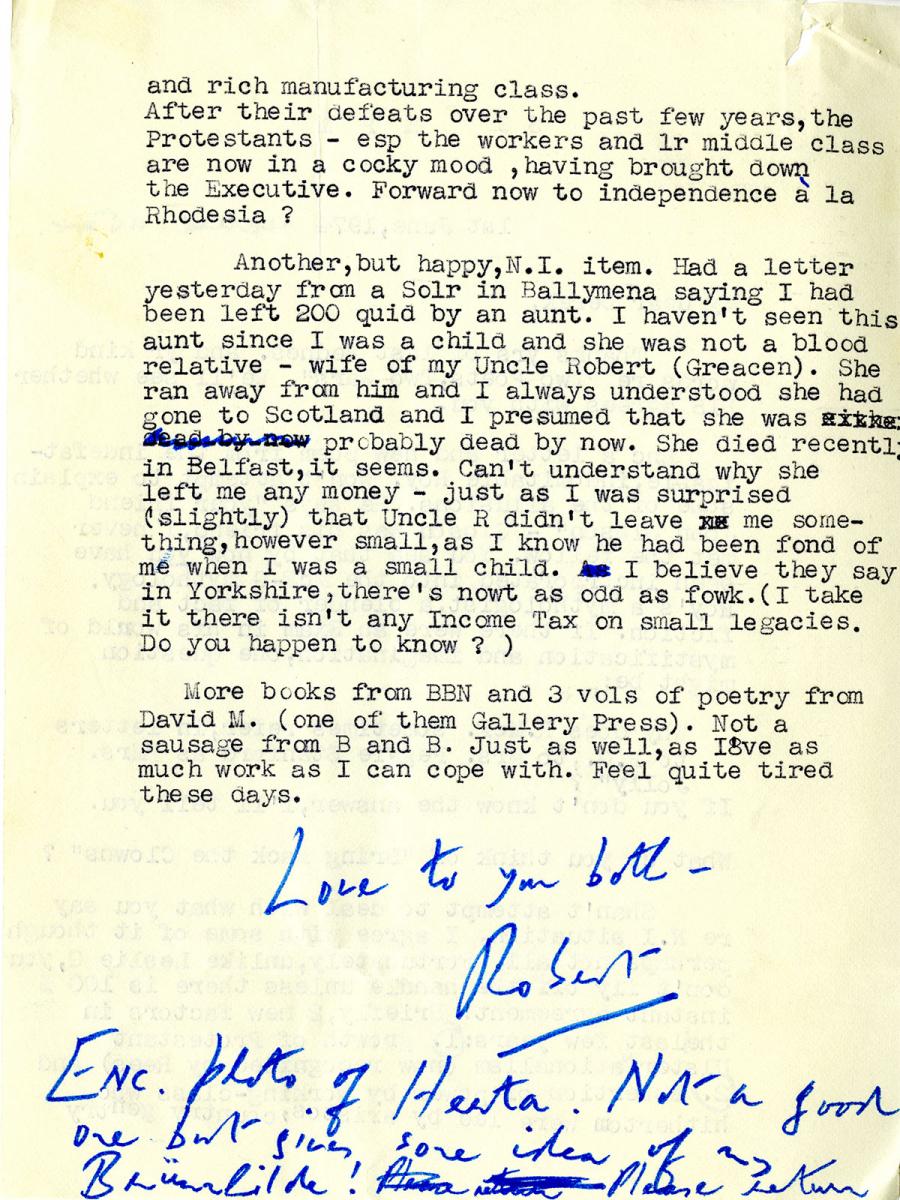 After their defeats over the past few years,the
Protestants - esp the workers and lr middle class
are now in a cocky mood ,having brought down
the Executive. Forward now to independence a la
Rhodesia ?

Another,but happy,N.I. item. Had a letter
yesterday from a Solr in Ballymena saying I had
been left 200 quid by an aunt. I haven't seen this
aunt since I was a child and she was not a blood
relative - wife of my Uncle Robert (Greacen). She
ran away from him and I always understood she had
gone to Scotland and I presumed that she was
probably dead by now. She died recently
in Belfast,it seems. Can’t understand why she
left me any money - just as I was surprised
(slightly) that Uncle R didn’t leave me some-
thing, however small,as I know he had been fond of
me when I was a small child. I believe they say
in Yorkshire,there's nowt as odd as fowk.(I take
it there isn’t any Income Tax on small legacies.
Do you happen to know ? )

More books from BBN and 3 vols of poetry from
David M. (one of them Gallery Press). Not a
sausage frcm B and B. Just as well,as I've as
much work as I can cope with. Feel quite tired
these days.
Love to you both - Robert

Enc. photo of Herta. Not a good one but
gives some idea of my Brunhilde! Please return