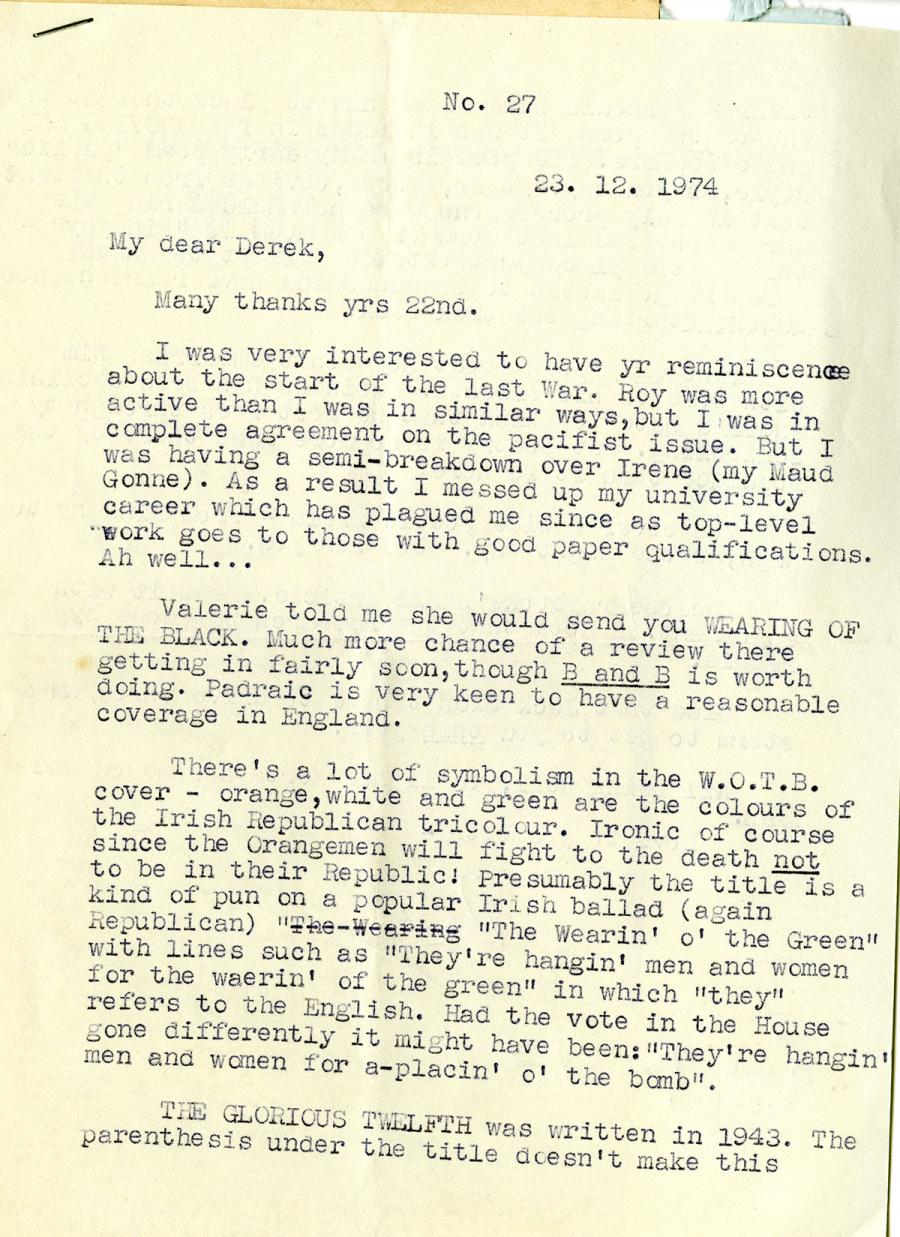 Many thanks yrs 22nd.

I was very interested to have yr reminiscence
about the start of the last War. Roy was more
active than I was in similar ways,but I was in
complete agreement on the pacifist issue. But I
was having a semi-breakdown over Irene (my Maud
Gonne). As a result I messed up my university
career which has plagued me since as top-level
work goes to those with good paper qualifications.
Ah well...

Valerie told me she would send you WEARING OF
THE BLACK. Much more chance of a review there
getting in fairly soon,though B and B is worth
doing. Padraic is very keen to have a reasonable
coverage in England.

There’s a lot of symbolism in the W.O.T.B.
cover - orange,white and green are the colours of
the Irish Republican tricolour. Ironic of course
since the Orangemen will fight to the death not
to be in their Republic! presumably the title is a
kind of pun on a popular Irish ballad (again
Republican) "The Wearing o' the Green"
with lines such as "They're hangin' men and women
for the waerin' of the green" in which "they"
refers to the English. Had the vote in the House
gone differently it might have been:"They're hangin'
men and women for a-placin’ o' the bomb".

THE GLORIOUS TWELFTH was written in 1943. The parenthesis under
the title doesn't make this