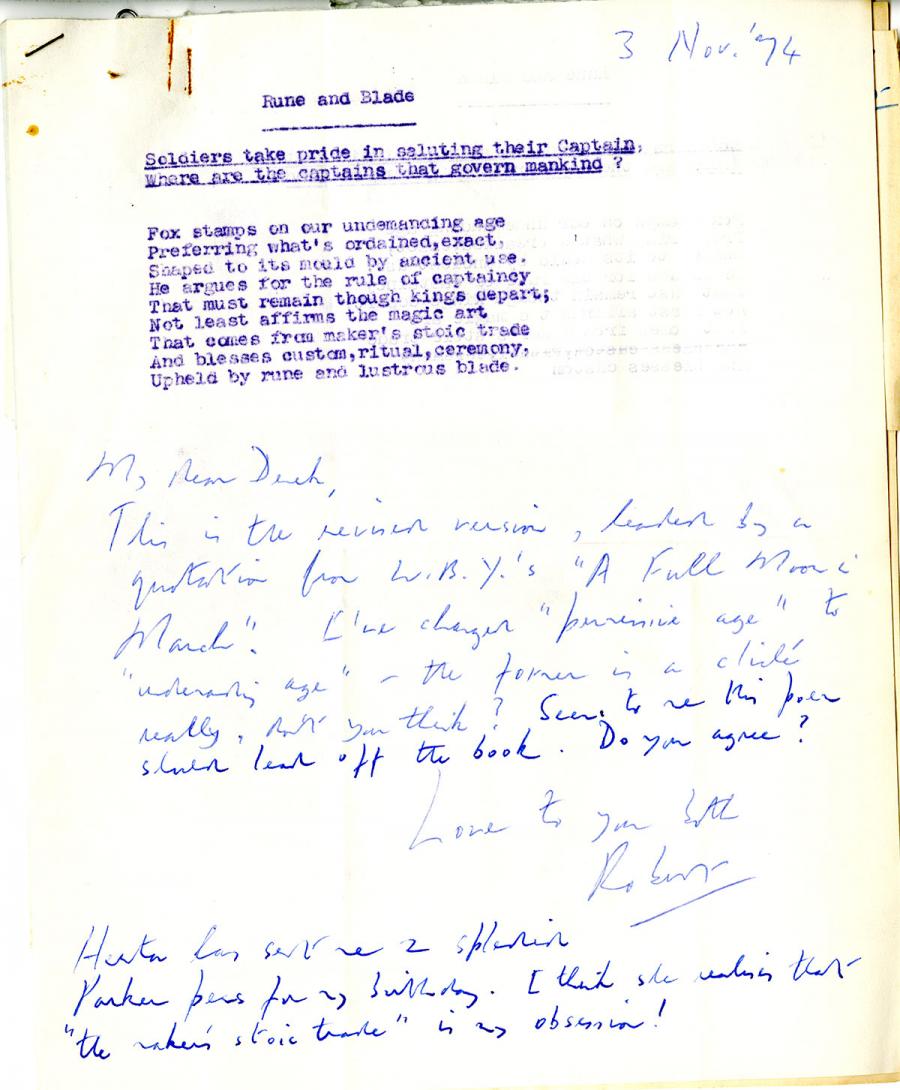 Soldiers take pride in saluting their Captain;
Where are the captains that govern mankind?

Fox stamps on our undemanding age
Preferring whats ordained, exact
Shaped to its mould by ancient use.
He argues for the rule of captaincy
That must remain though kings depart;
Not least affirms the magic art
That comes from maker's stoic trade
And blesses custom, ritual, ceremony.
Upheld by rune and lustrous blade.

My dear Derek,
This is the revised version, headed by a quotation W.B.Y's
"A Full Moon in March". I've changed "permissive age" to
"undemanding age" - the former is a cliche really, don't you think?
Seems to me this poem should lead off the book. Do you agree?

Love too you both -
Robert

Herta has sent me 2 splendid Parker pens for my birthday.
I think she realises that "the maker's stoic trade" is my obsession!