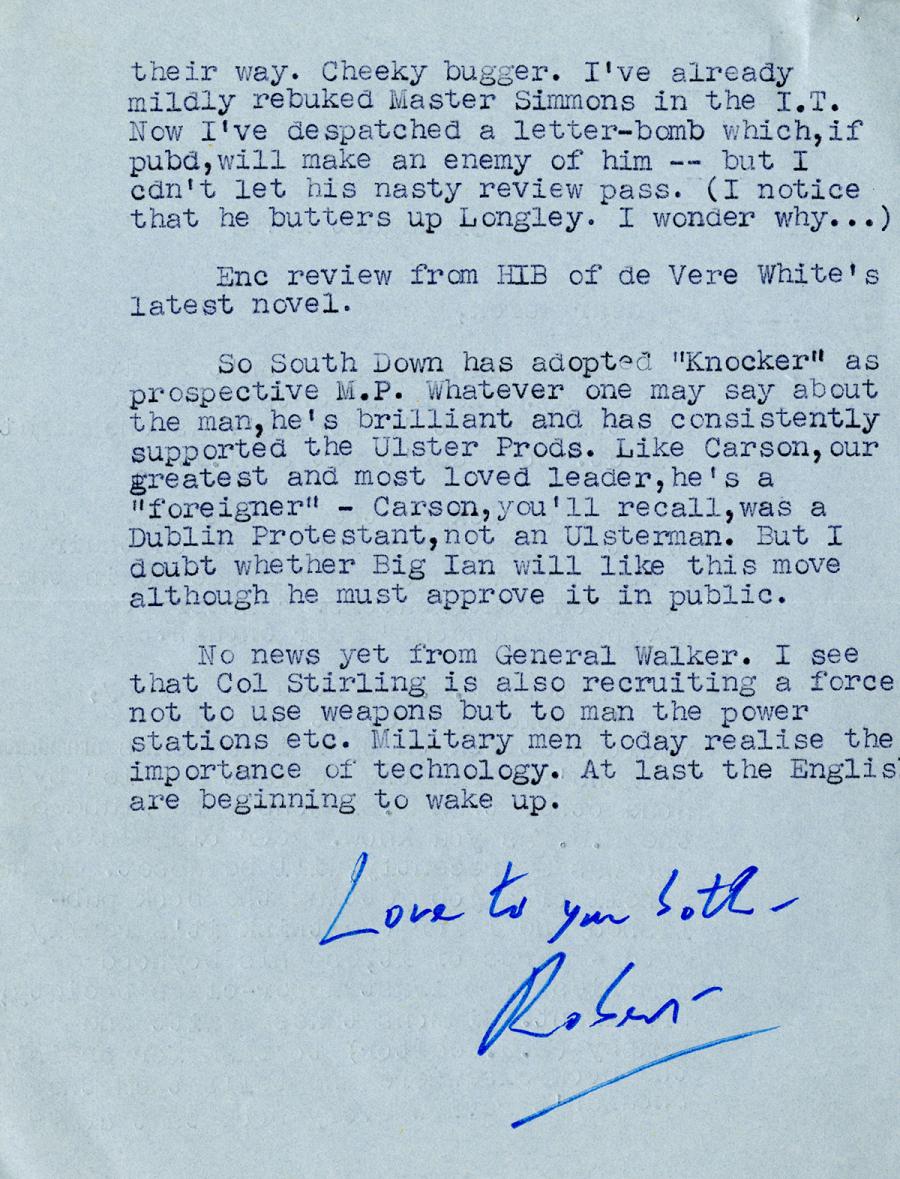 ﻿their way. Cheeky bugger. I've already
mildly rebuked Master Simmons in the I.T.
Now I've despatched a letter-bomb which,if
pubd,will make an enemy of him -- but I
cdn't let his nasty review pass. (I notice
that he butters up Longley. I wonder why...)

So South Down has adopted "Knocker" as
prospective M.P. Whatever one may say about
the man,he's brilliant and has consistently
supported the Ulster Prods. Like Carson,our
greatest and most loved leader,he's a
"foreigner" - Carson you'll recall,was a
Dublin Protestant,not an Ulsterman. But I
doubt whether Big Ian will like this move
although he must approve it in public.

No news yet from General Walker. I see
that Col Stirling is also recruiting a force
not to use weapons but to man the power
stations etc. Military men today realise the
importance of technology. At last the English
are beginning to wake up.
Love to you both -
Robert