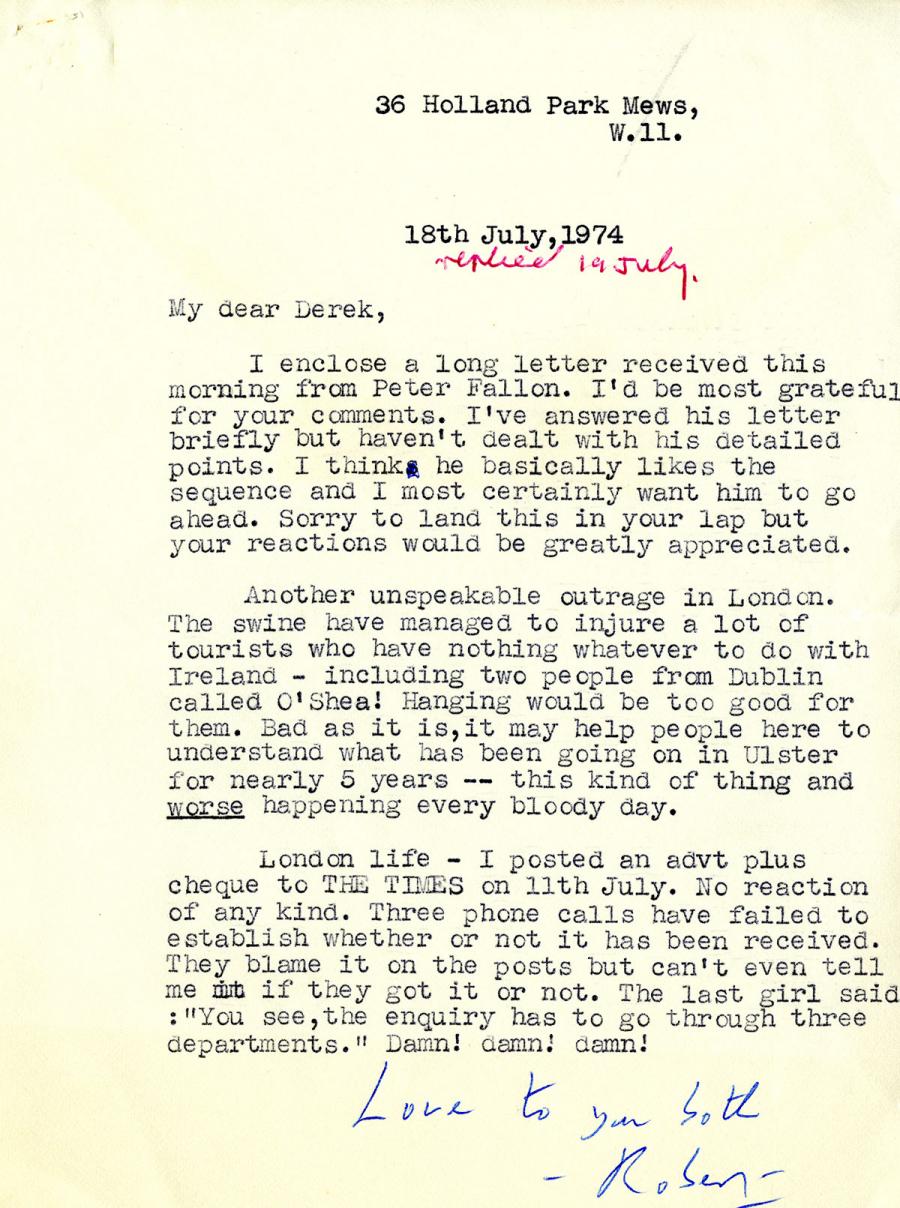 I enclose a long letter received this
morning from Peter Fallon. I’d be most grateful
for your comments. I’ve answered his letter
briefly but haven’t dealt with his detailed
points. I think he basically likes the
sequence and I most certainly want him to go
ahead. Sorry to land this in your lap but
your reactions would be greatly appreciated.

Another unspeakable outrage in London.
The swine have managed to injure a lot of
tourists who have nothing whatever to do with
Ireland - including two people from Dublin
called O’Shea! Hanging would be too good for
them. Bad as it is,it may help people here to
understand what has been going on in Ulster
for nearly 5 years — this kind of thing and
worse happening every bloody day.

London life - I posted an advt plus
cheque to THE TIMES on 11th July. No reaction
of any kind. Three phone calls have failed to
establish whether or not it has been received.
They blame it on the posts but can’t even tell
me if they got it or not. The last girl said
: ’’You see,the enquiry has to go through three
departments.” Damn! damn! damn!

Love to you both,
Robert