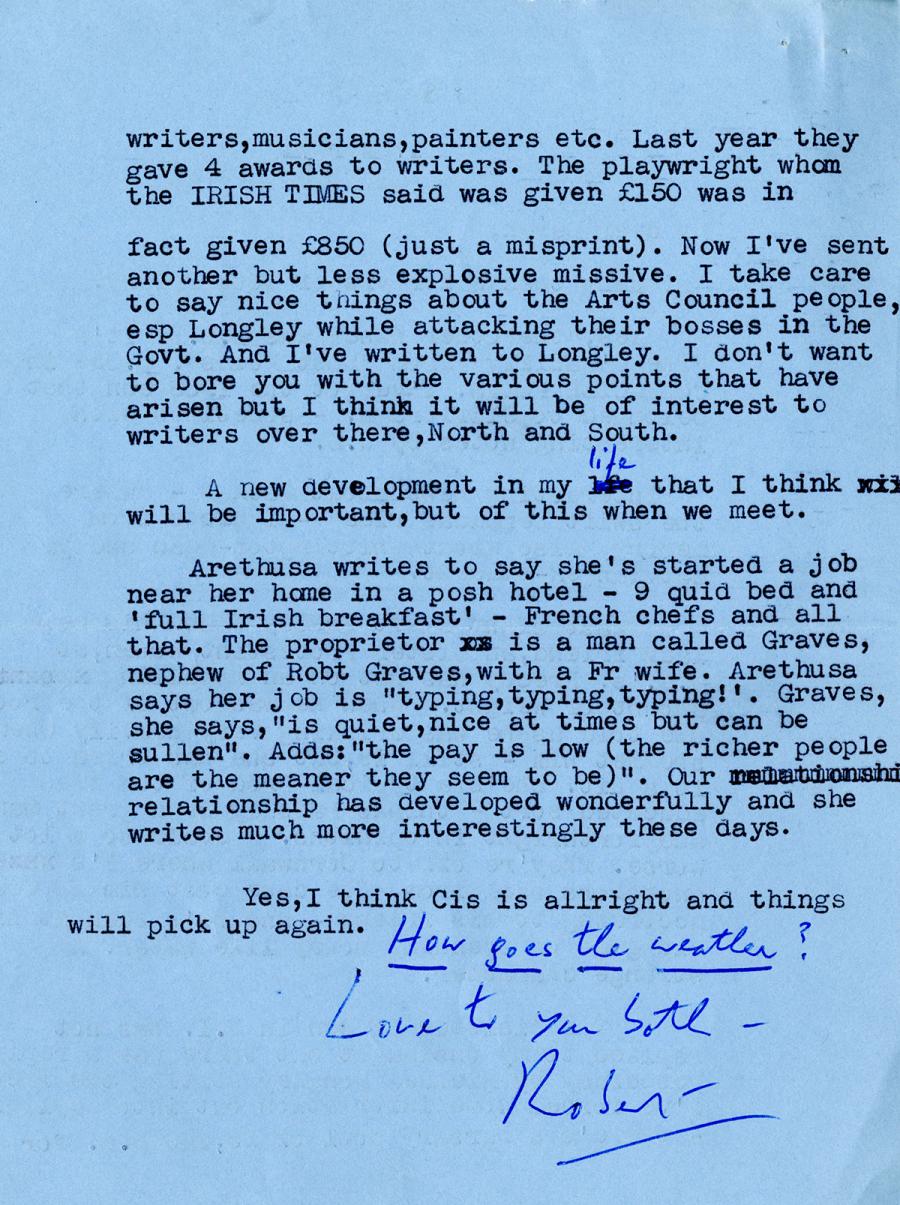 ﻿writers,musicians,painters etc. Last year they
gave 4 awards to writers. The playwright whom
the IRISH TIMES said was given £150 was in

fact given £850 (just a misprint). Now I've sent
another but less explosive missive. I take care
to say nice tnings about the Arts Council people,
esp Longley while attacking their bosses in the
Govt. And I've written to Longley. I don't want
to bore you with the various points that have
arisen but I think it will be of interest to
writers over there,North and South.

A new development in my life that I think
will be important,but of this when we meet.

Arethusa writes to say she's started a job
near her heme in a posh hotel - 9 quid bed and
'full Irish breakfast' - French chefs and all
that. The proprietor is a man called Graves,
nephew of Robt Graves,with a Fr wife. Arethusa
says her job is "typing,typing,typing!'. Graves,
she says,"is quiet,nice at times but can be
sullen". Adds:"the pay is low (the richer people
are the meaner they seem to be)". Our
relationship has developed wonderfully and she
writes much more interestingly these days.

Yes,I think Cis is allright and things will pick up again.

How goes the weather?
Love to you both -
Robert