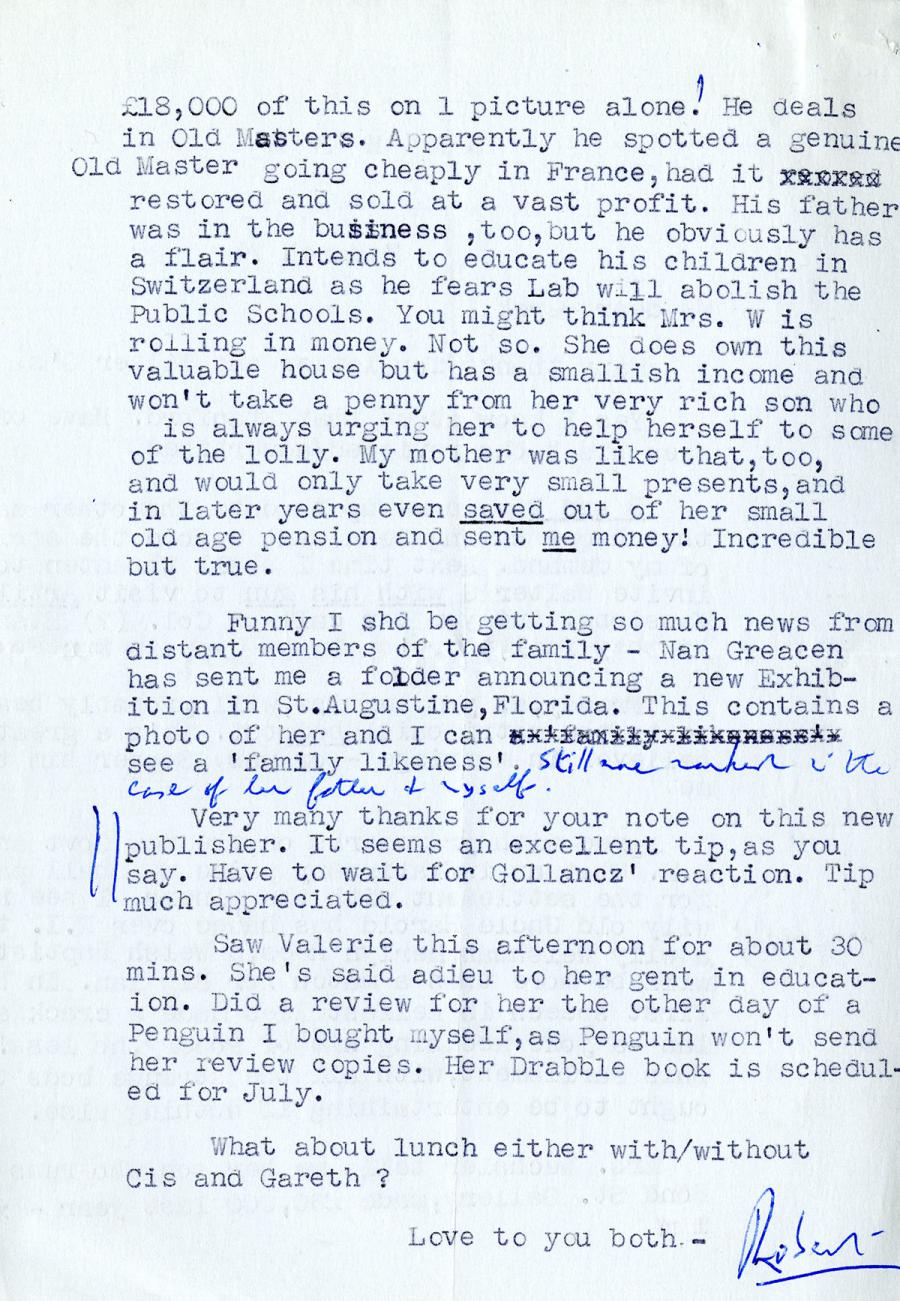 ﻿£18,000 of this on 1 picture alone. He deals
in Old Masters. Apparently he spotted a genuine
Old Master going cheaply in France, had it
restored and sold at a vast profit. His father
was in the business ,too,but he obviously has
a flair. Intends to educate his children in
Switzerland as he fears Lab will abolish the
Public Schools. You might think Mrs. W is
roxiing in money. Not so. She does own this
valuable house but has a smallish income and
won't take a penny from her very rich son who
is always urging her to help herself to some
of the lolly. My mother was like that,too,
and would only take very small presents,and
in later years even saved out of her small
old age pension and sent me money! Incredible
but true.

Funny I shd be getting so much news from
distant members of the family - Nan Greacen
has sent me a folder announcing a new Exhib-
ition in St.Augustine,Florida. This contains a
photo of her and I can see a 'family likeness'
Still in the case of her father and myself.

Very many thanks for your note on this new
publisher. It seems an excellent tip,as you
say. Have to wait for Gollancz’ reaction. Tip
much appreciated.

Saw Valerie this afternoon for about 30
mins. She’s said adieu to her gent in educat-
ion. Did a review for her the other day of a
Penguin I bought myself,as Penguin won’t send
her review copies. Her Drabble book is schedul-
ed for July.

What about lunch either with/without
Cis and Gareth ?

Love to you both- Robert