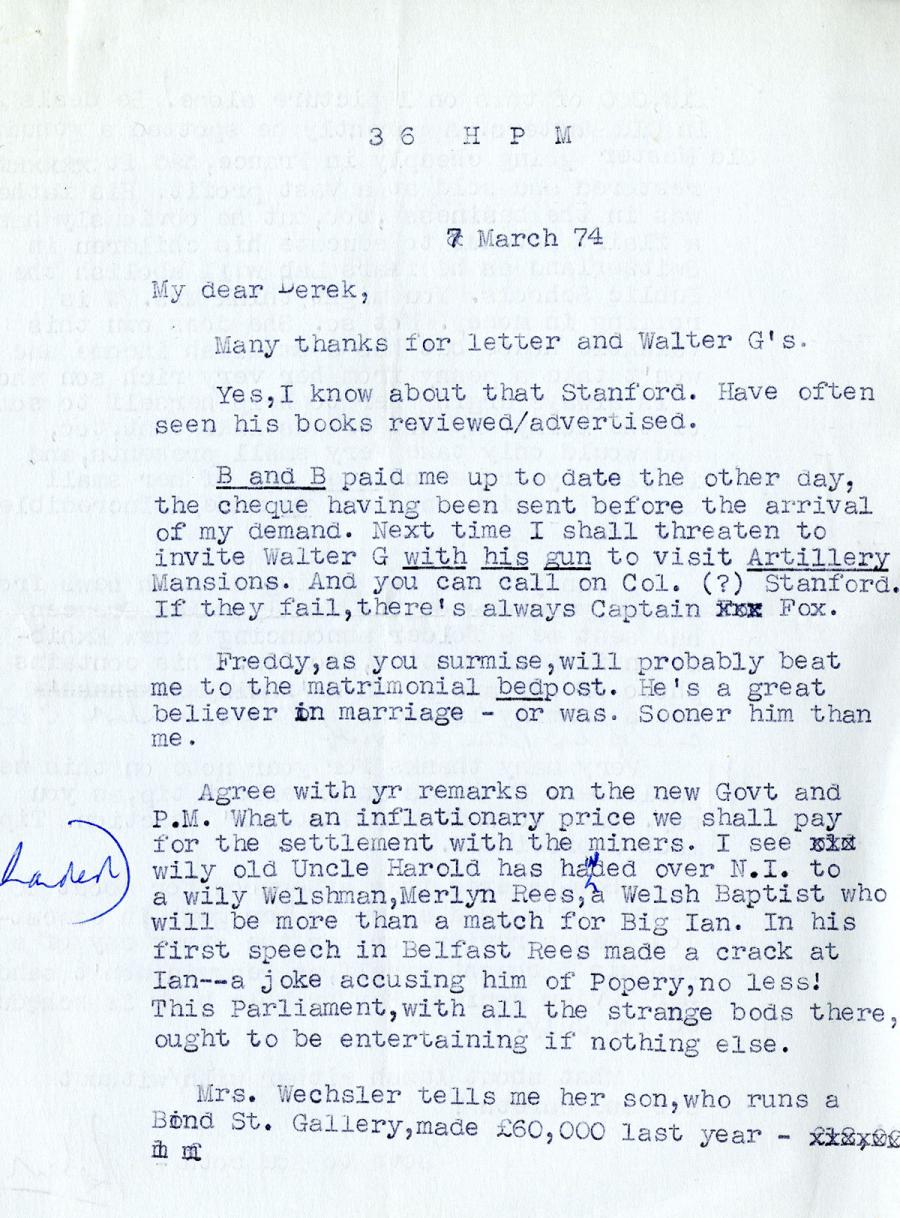 Many thanks for letter and Walter G's.

Yes,I know about that Stanford. Have often
seen his books reviewed/advertised.

B and B paid me up to date the other day,
the cheque having been sent before the arrival
of my demand. Next time I shall threaten to
invite Walter G with his gun to visit Artillery
Mansions. And you can call on Col. (?) Stanford.
If they fail,there1 s always Captain Fox.

Freddy,as you surmise,will probably beat
me to the matrimonial bedpost. He’s a great
believer in marriage - or was. Sooner him than
me.

Agree with yr remarks on the new Govt and
P.M. What an inflationary price we shall pay
for the settlement with the miners. I see
wily old Uncle Harold has handed over N.I. to
a wily Welshman,Merlyn Rees,a Welsh Baptist who
will be more than a match for Big Ian. In his
first speech in Belfast Rees made a crack at
Ian--a joke accusing him of Popery,no less!
This Parliament,with all the strange bods there,
ought to be entertaining if nothing else.