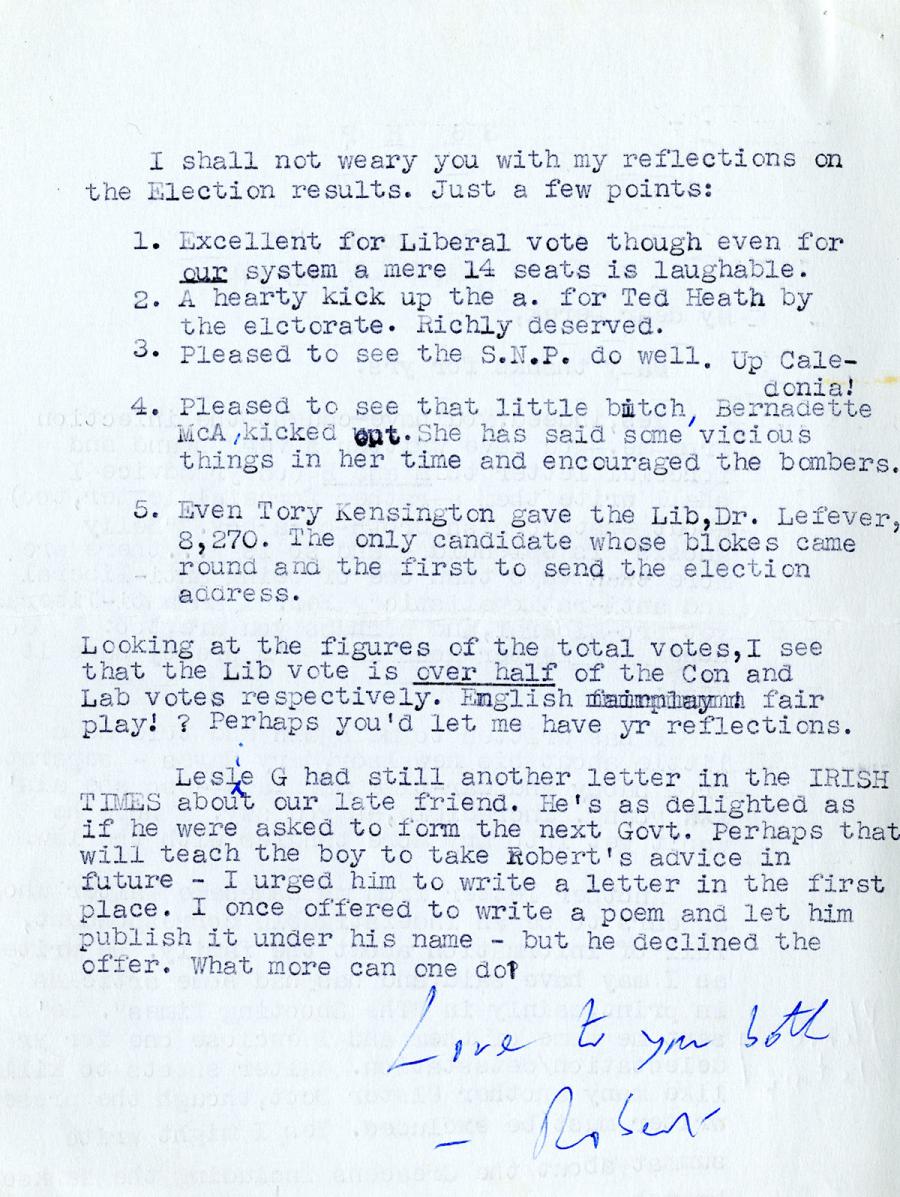 ﻿I shall not weary you with my reflections on
the Election results. Just a few points:

1.Excellent for Liberal vote though even for
our system a mere 14 seats is laughable.

2.A hearty kick up the a. for Ted Heath by
the elctorate. Richly deserved.

4.Pleased to see that little bitch, Bernadette
McA, kicked out. She has said some vicious
things in her time and encouraged the bombers.

5.Even 'Tory Kensington gave the Lib,Dr. Lefever,
8,270. The only candidate whose blokes came
round and the first to send the election
address.

Looking at the figures of the total votes, I see
that the Lib vote is over half of the Con and
Lab votes respectively. English fair
play! ? Perhaps you'd let me have yr reflections.

Leslie G had still another letter in the IRISH
TIMES about our late friend. He's as delighted as
if he were asked to form the next Govt. Perhaps that
will teach the boy to take Robert's advice in
future - I urged him to write a letter in the first
place. I once offered to write a poem and let him
publish it under his name - but he declined the
offer. What more can one do!

Love to you both
Robert