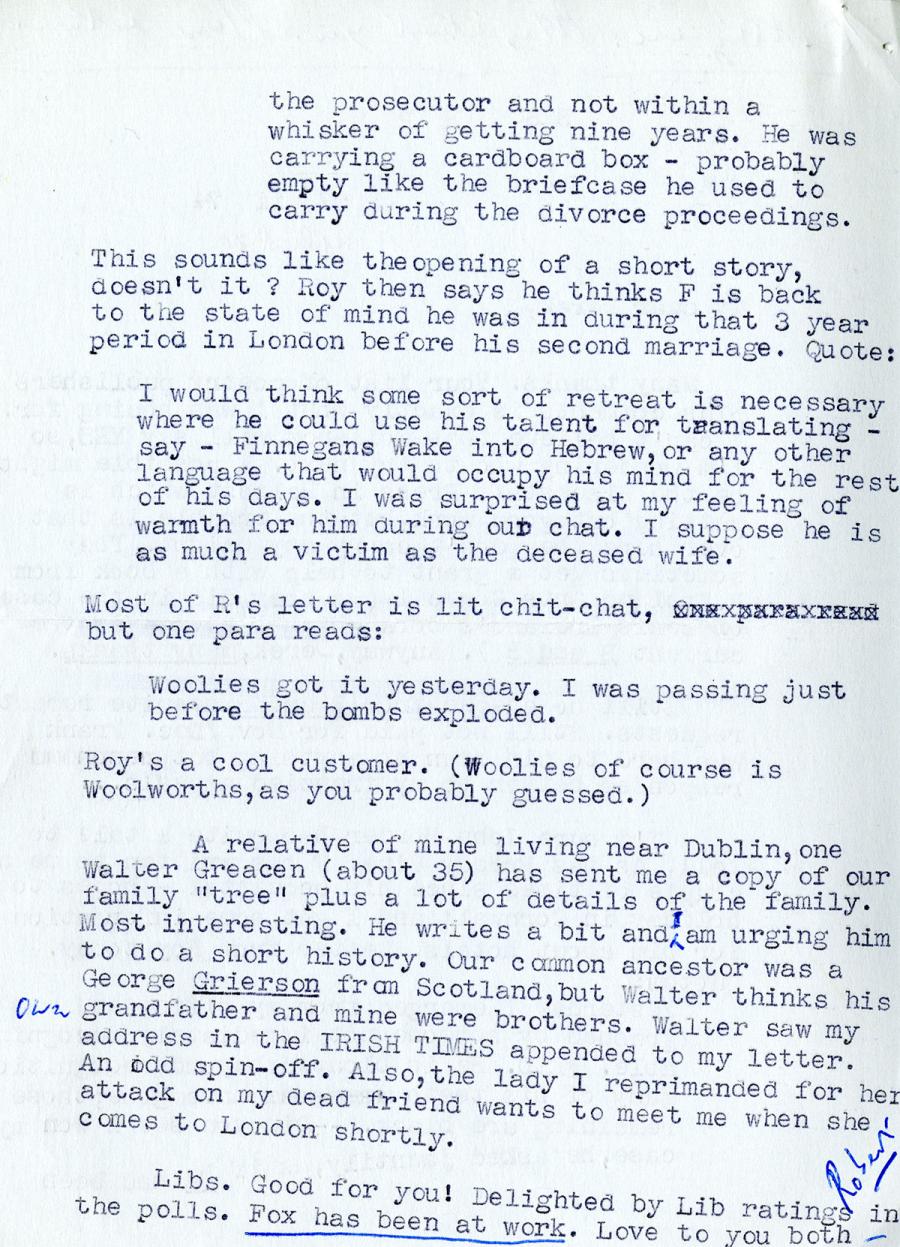 ﻿the prosecutor and not within a
whisker of getting nine years. He was
carrying a cardboard box - probably
empty like the briefcase he used to
carry daring the divorce proceedings.

This sounds like the opening of a short story,
doesn't it ? Roy then says he thinks F is back
to the state of mind he was in during that 3 year
period in London before his second marriage. Quote:

I would think some sort of retreat is necessary
where he could use his talent for translating -
say - Finnegans Wake into Hebrew,or any other
language that would occupy his mind for the rest
of his days. I was surprised at my feeling of
warmth for him during our chat. I suppose he is
as much a victim as the deceased wife.

Most of R's letter is lit chit-chat,
but one para reads:

Wollies got it yesterday. I was passing just
before the bombs exploded.

Roy’s a cool customer. (Woolies of course is
Woolworths,as you probably guessed.)

A relative of mine living near Dublin,one
Walter Greacen (about 35) has sent me a copy of our
family "tree" plus a lot of details of the family.
Most interesting. He writes a bit and I am urging him
to do a short history. Our common ancestor was a
George Grierson from Scotland,but Walter thinks his
own grandfather and mine were brothers. Walter saw my
address in the IRISH TIMES appended to my letter.
An odd spin-off. Also, the lady I repremanded for her attack
on my dead friend wants to meet me when she comes to London
shortly.

Libs. Good for you! Delighted by Lib ratings in the polls.
Fox has been at work.
Love to you both -
Robert