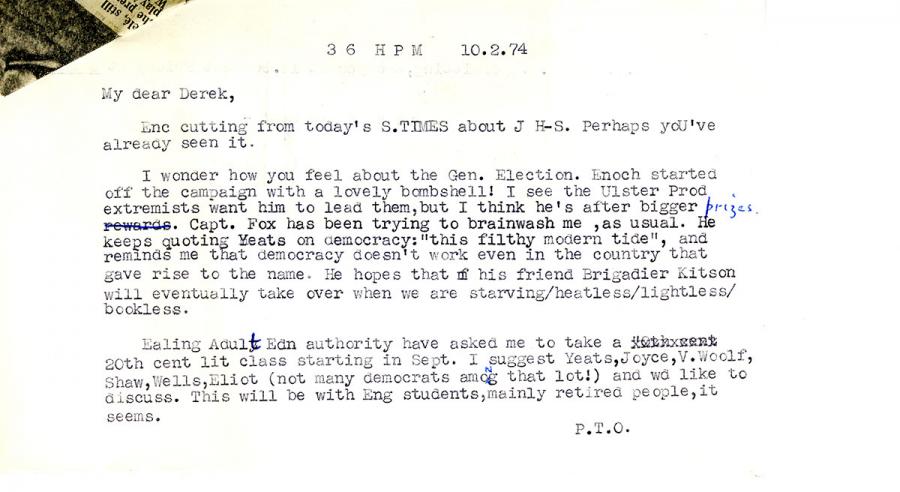 ﻿36 H P M
10.2.74
My dear Derek,
Enc cutting from today’s S.TIMES about J H-S. Perhaps yoU’ve already seen it.
I wonder how you feel about the Gen. Election. Enoch started off the campaign with a lovely bombshell! I see the Ulster Prod extremists want him to lead them, but I think he’s after bigger prizes. Capt. Fox has been trying to brainwash me , as usual. He keeps quoting Yeats on democracy : “this filthy modern tide”, and remind me that democracy doesn’t work even in the country that gave rise to the name. He hopes that his friend Brigadier Kitson will eventually take over when we are starving /heatless/lightless/bookless.
Ealing Adult Edn authority have asked me to take a 20th cent lit class starting in Sept. I suggest Yeats, Joyce, V. Woolf, Shaw, Wells, Eliot (not many democrats among that lot!) and wd like to discuss. This will be with Eng students, mainly retired people, it seems.
P.T.O.