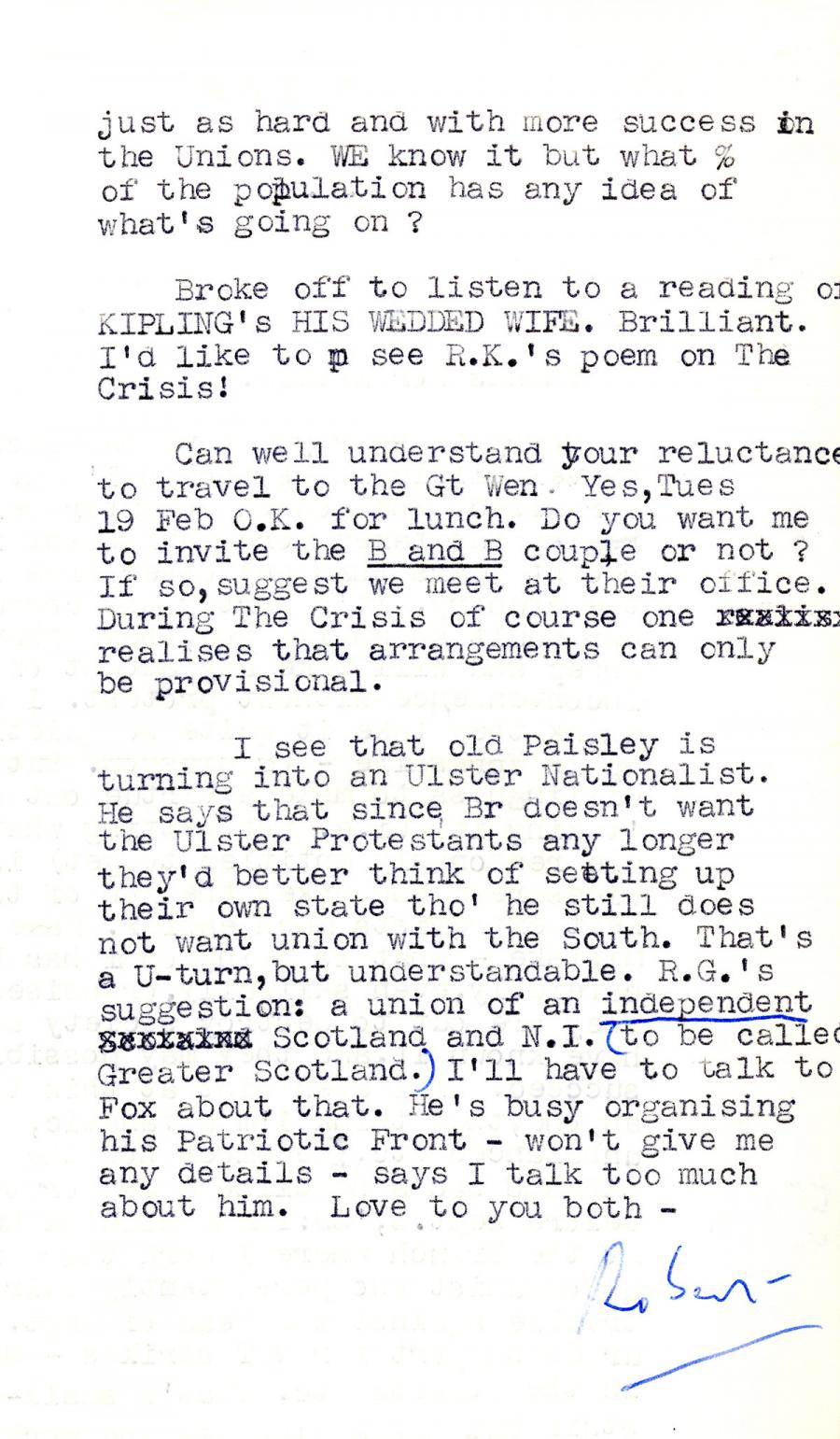 ﻿just as hard and with more success in the Unions. WE know it but what % of the population has any idea of what’s going on ?

Broke off to listen to a reading of KIPLING’s HIS WEDDED WIFE. Brilliant. I’d like to see R.K.’s poem on The Crisis!

Can well understand your reluctance to travel to the GT Wen. Yes, Tues 19 Feb O.K. for lunch. Do you want me to invite the B and B couple of not ? If so, suggest we meet at their office. During The Crisis of course one realizes that arrangements can only be provisional.

I see that old Paisley is turning into an Ulster Nationalist. He says that since BR doesn’t want the Ulster Protestants any longer they’d better think of setting up their own state tho’ he still does not want union with the South. That’s a U-turn, but understandable. R.G.’s suggestion: a union of an independent Scotland and N.I. (to be called Greater Scotland.) I’ll have to talk to Fox about that. He’s busy organising his Patriotic Front – won’t give me any details – says I talk too much about him. Love to you both –
Robert