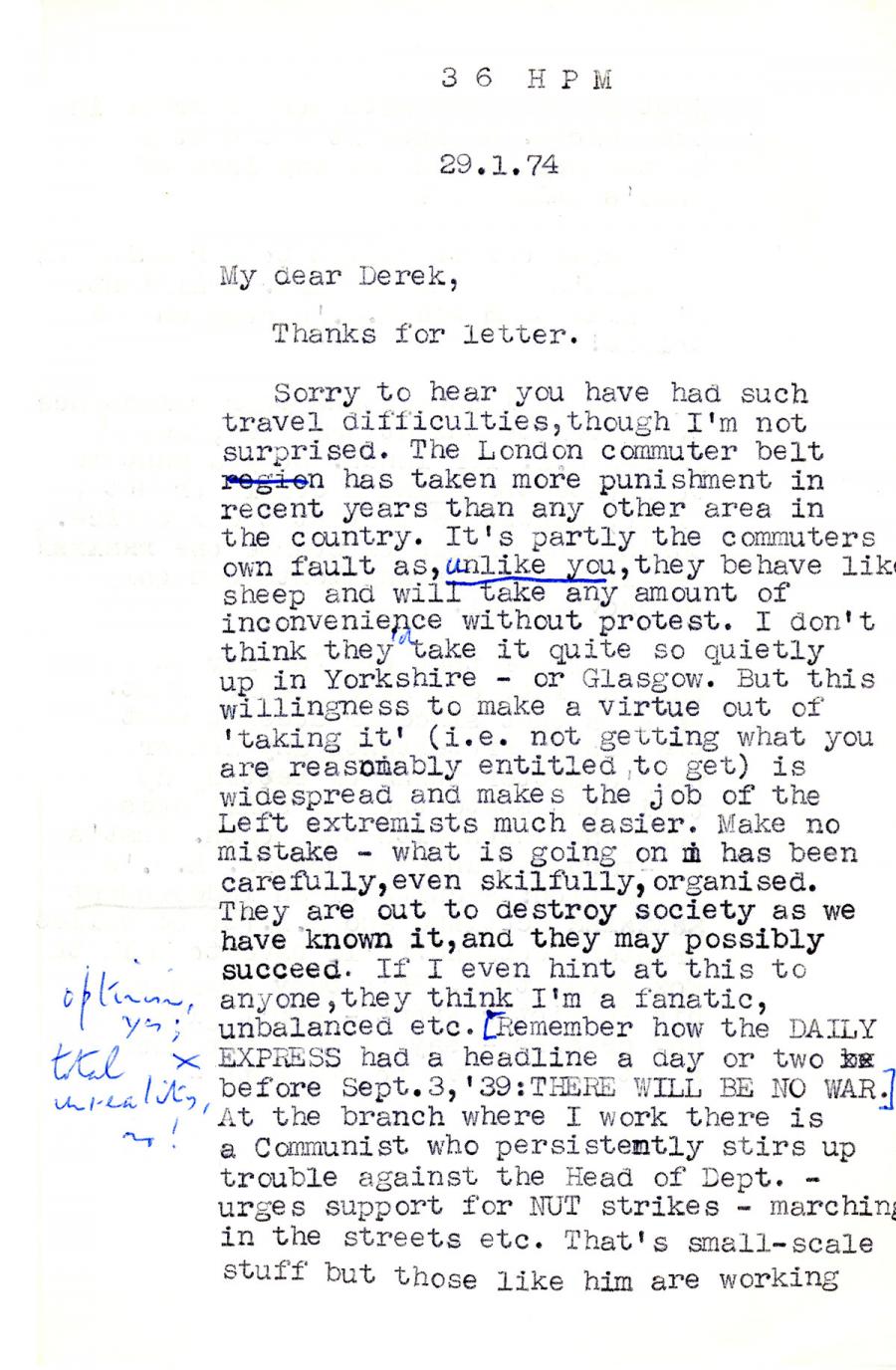 ﻿36 H P M
29.1.74
My dear Derek,
Thanks for the letter.
Sorry to hear you have had such travel difficulties, though I’m not surprised. The London commuter belt has taken more punishment in recent years than any other area in the country. It’s partly the commuters own fault as, unlike you, they behave like sheep and will take any amount of inconvenience without protest. I don’t think they’d take it quite so quietly up in Yorkshire – or Glasgow. But this willingness to make a virtue out of ‘taking it’ (i.e. not getting what you are reasonably entitled to get) is widespread and makes the job of the Left extremists much easier. Make no mistake – what is going on has been carefully, even skillfully organised. They are out to destroy society as we have known it, and they may possibly succeed. If I even hint at this to anyone, they think I’m a fanatic, unbalanced etc. Remember how the DAILY EXPRESS had a headline a day or two before Sept.3 ’39: THERE WILL BE NO WAR. Optimistic, yes; total unreality, no !
At the branch where I work there is a Communist who persistently stirs up trouble against the Head of Dept. – urges support for NUT strikes – marching in the streets etc. That’s small-scale stuff but those like him are working