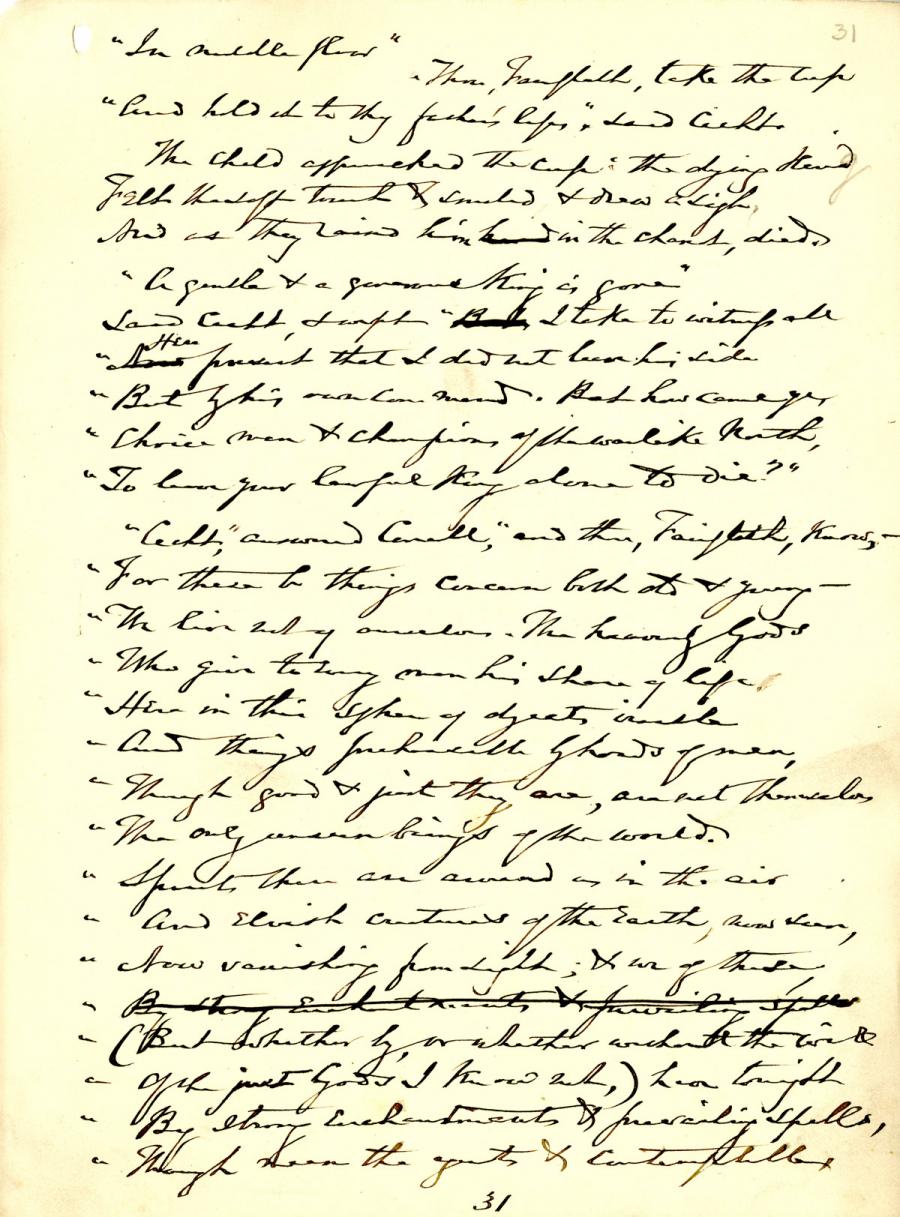 ﻿In middle floor."
" Thou, Ferflath, take the cup
And hold it to thy father's lips," said Cecht.
The child approached the cup ; the dying king
Felt the soft touch and smiled, and drew a sigh ;
And, as they raised him in the chariot, died.

" A gentle and a generous king is gone,"
Said Cecht, and wept. " I take to witness all
Here present, that I did not leave his side
But by his own command. But how came ye,
Choice men and champions of the warlike North,
Tutors of old and samplars to our youth
In loyalty and duty, how came ye
To leave your lawful king alone to die ? "

" Cecht," answered Conall, " and thou, Ferflath,
know, —
For these be things concern both old and young —
We live not of ourselves. The heavenly Gods
Who give to every man his share of life
Here in this sphere of objects visible
And things prehensible by hands of men,
Though good and just they are, are not themselves
The only unseen beings of the world.
Spirits there are around us in the air
And elvish creatures of the earth, now seen,
Now vanishing from sight ; and we of these
(But whether with, or whether without the will
Of the just Gods I know not,) have to-night
By strong enchantments and prevailing spells, —
Though mean the agents and contemptible, —