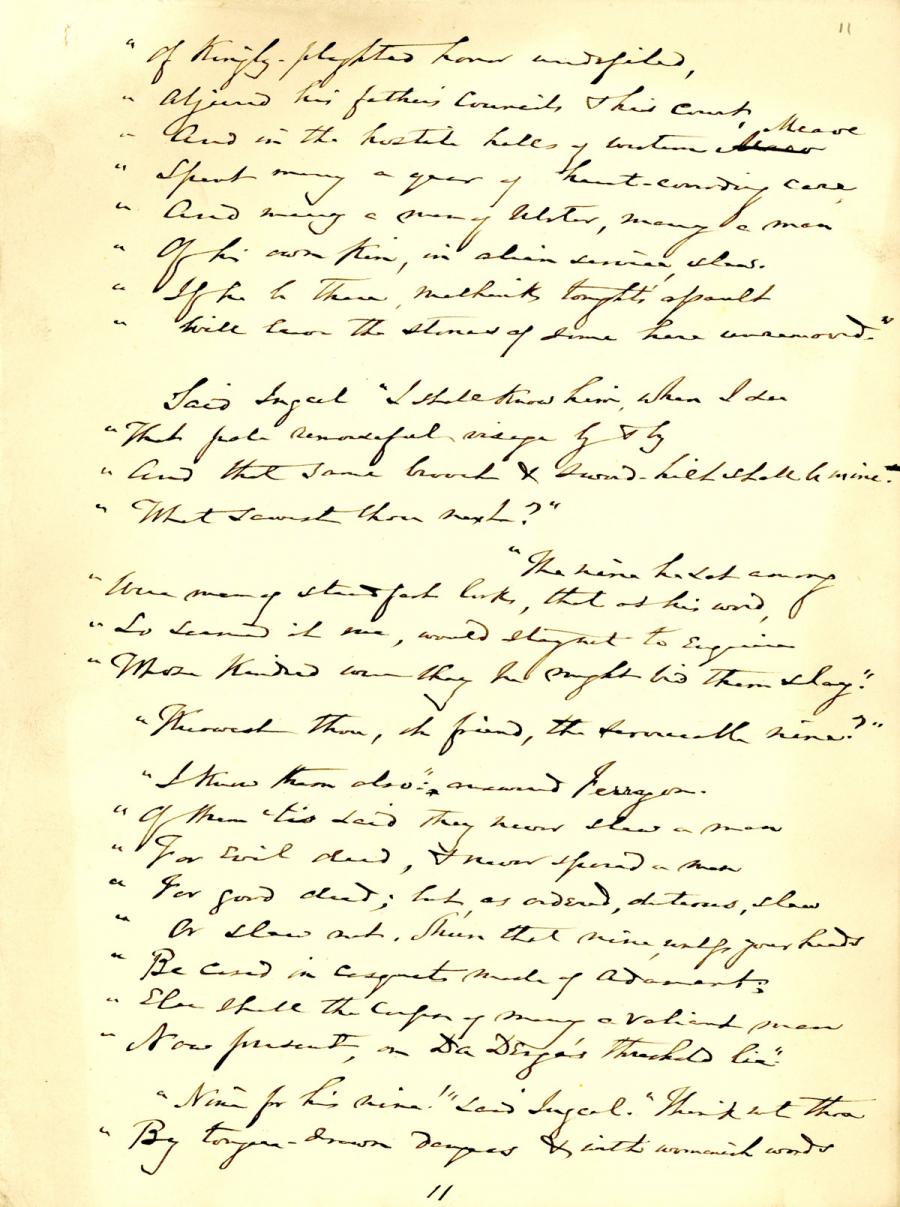 ﻿Of kingly-plighted honour undefiled.
Abjured his father's councils and his court,
And in the hostile halls of western Maeve
Spent many a year of heart-corroding care.
And many a man of Ulster, many a man
Of his own kin, in alien service, slew.
If he be there, methinks to-night's assault
Will leave the stones of some here unremoved."

Said Ingcel, " I shall know him, when I see
That pale remorseful visage by and by.
And that same brooch and sword-hilt shall be mine.
What of the nine ? "

" The nine he sat among
Were men of steadfast looks, that at his word,
So seemed it me, would stay not to enquire
Whose kindred were they he might bid them slay."
" Knowest thou, oh friend, the serviceable nine ? "

" I know them also," answered Ferragon.
" Of them 'tis said they never slew a man
For evil deed, and never spared a man
For good deed ; but, as ordered, duteous, slew
Or slew not. Shun that nine, unless your heads
Be cased in casquets made of adamant ;
Else shall the corpse of many a valiant man
Now present, on Da-Derga's threshold lie."

" Nine for his nine ! " said Ingcel. " Think not thou
By tongue-drawn dangers and deterrent phrase