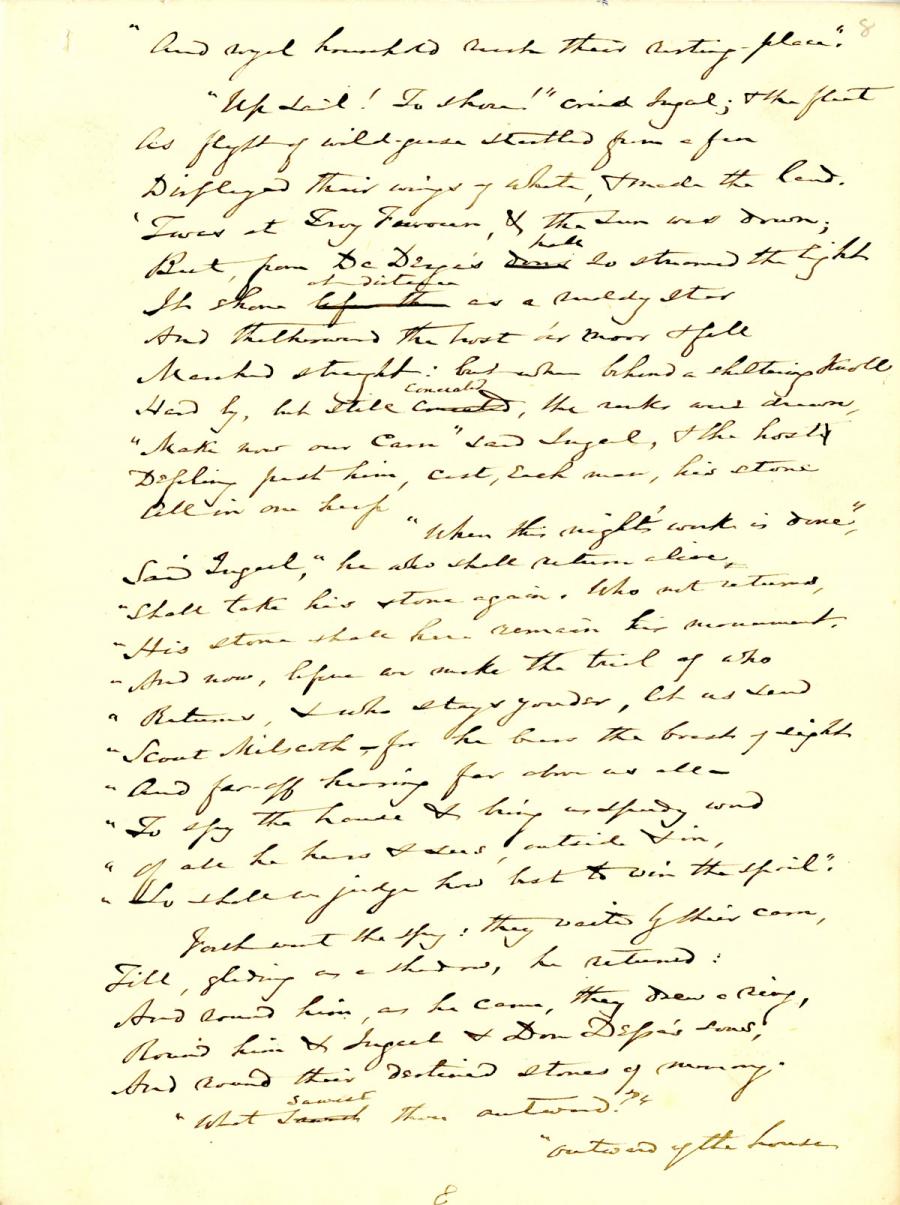 ﻿And royal household reach their resting-place."

" And he who in the thirdmost chariot rode,
He who is grey, serene, majestical ? "
" I know not if it be not that he be
Some king of Erin's sub-kings who, to-night,
Rests in Da-Derga's hospitable hall."
" Up sail ! To shore " cried Ingcel ; and the fleet,
As flight of wild-geese startled from a fen,
Displayed their wings of white, and made the land.

'Twas at Troy Furveen, and the sun was down ;
But, from Da-Derga's hall so streamed the light,
It shone at distance as a ruddy star ;
And thitherward the host o'er moor and fell
Marched straight : but when behind a sheltering knoll
Hard by, but still concealed, the ranks were drawn,
ni Make now our earn," said Ingcel, and the host
Defiling past him, cast, each man, his stone
All in one heap.
" When this night's work is done,"
Said Ingcel, " he who shall return alive
Shall take his stone again. Who not returns.
His stone shall here remain his monument.
And now, before we make the trial of who
Returns, and who stays yonder, let us send
Scout Milscoth — for he bears the boast of sight
And far-off hearing far above us all —
To spy the house and bring us speedy word
Of all he sees and hears, outside and in :
So shall we judge how best to win the same."

Forth went the spy : they waited by their earn,
Till, gliding as a shadow, he returned :
And round him, as he came, they drew a ring,
Round him and Ingcel and Don Dessa's sons.
And round their destined stones of memory.
" What sawest thou outward ? "
" Outward of the house