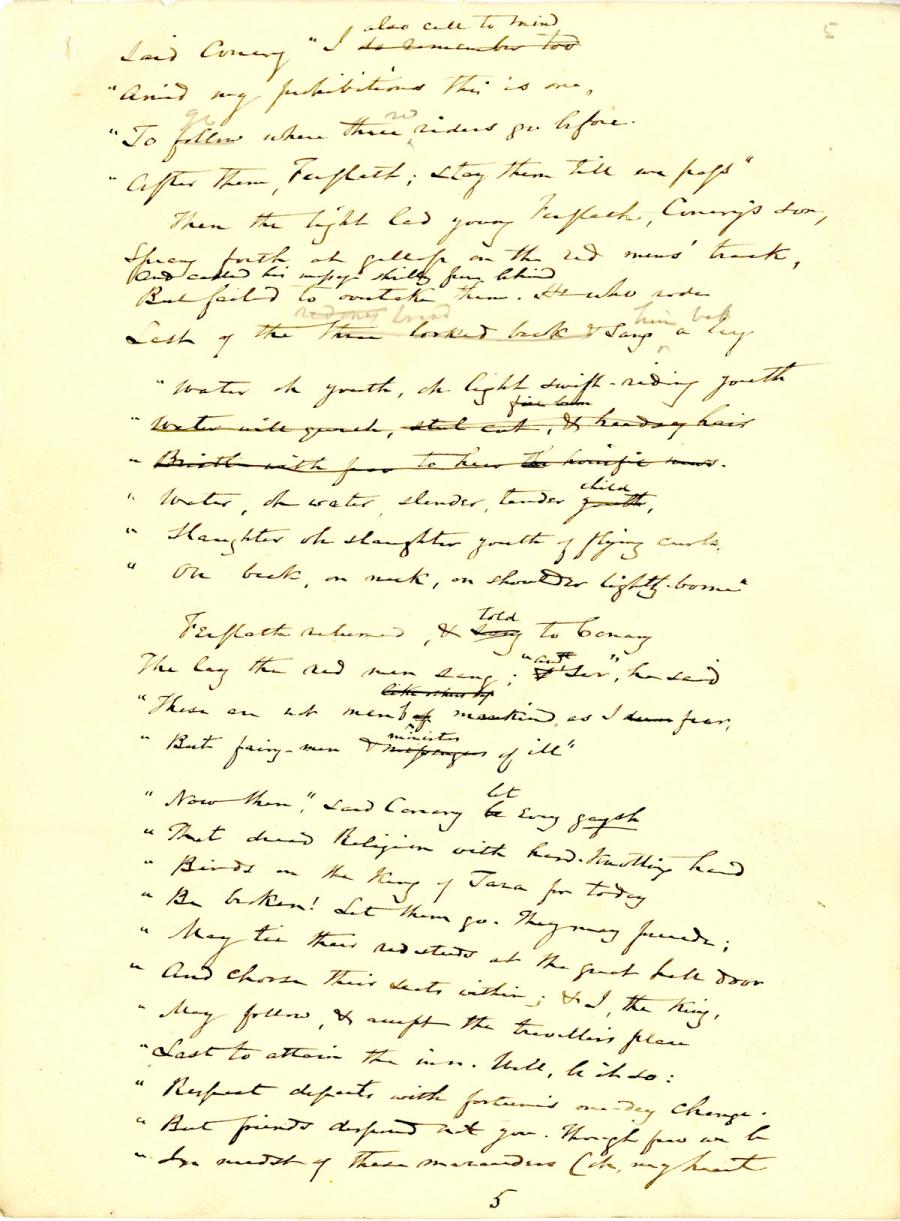 ﻿Said Conary. " I also call to mind
Amid my prohibitions this is one,
To follow three red riders on the way ;
Injunction idle, were it not divine.
After them, Ferflath ; stay them till we pass."
Then the Hght lad young Ferflath, Conary 's son
Sprang forth at gallop on the red men's track,
And called his message shrilly from behind,
But failed to overtake them. He who rode
Last of the triad sang him back a lay —
" Water, oh youth, oh high swift-riding youth,
On back, on neck, on shoulder Highly borne.
Water will quench : fire burn ; and shocks of hair
At horrid tidings, upon warriors' heads
Bristle as reeds in water ; water ; ho ! "
Ferflath returned, and told to Conary
The lay the red man sang ; " and sir," he said,
" I rode, I think, as seemly as himself.
And know not what he meant : but sure I am
These are not men of mankind, as we are.
But fairy men and ministers of ill."
" Now then," said Conary, " let every gaysh
That dread Religion with hard-knotting hand
Binds on the King of Tara, for to-day
Be broken ! Let them go. They may precede ;
May tie their red steeds at the great hall door,
And choose their seats within ; and I, the King,
May follow, and accept the traveller's place
Last to attain the inn. Well, be it so :
Respect departs with fortune's one-day change
But, friends, despond not, you. Though few we be
In midst of these marauders (oh, my heart