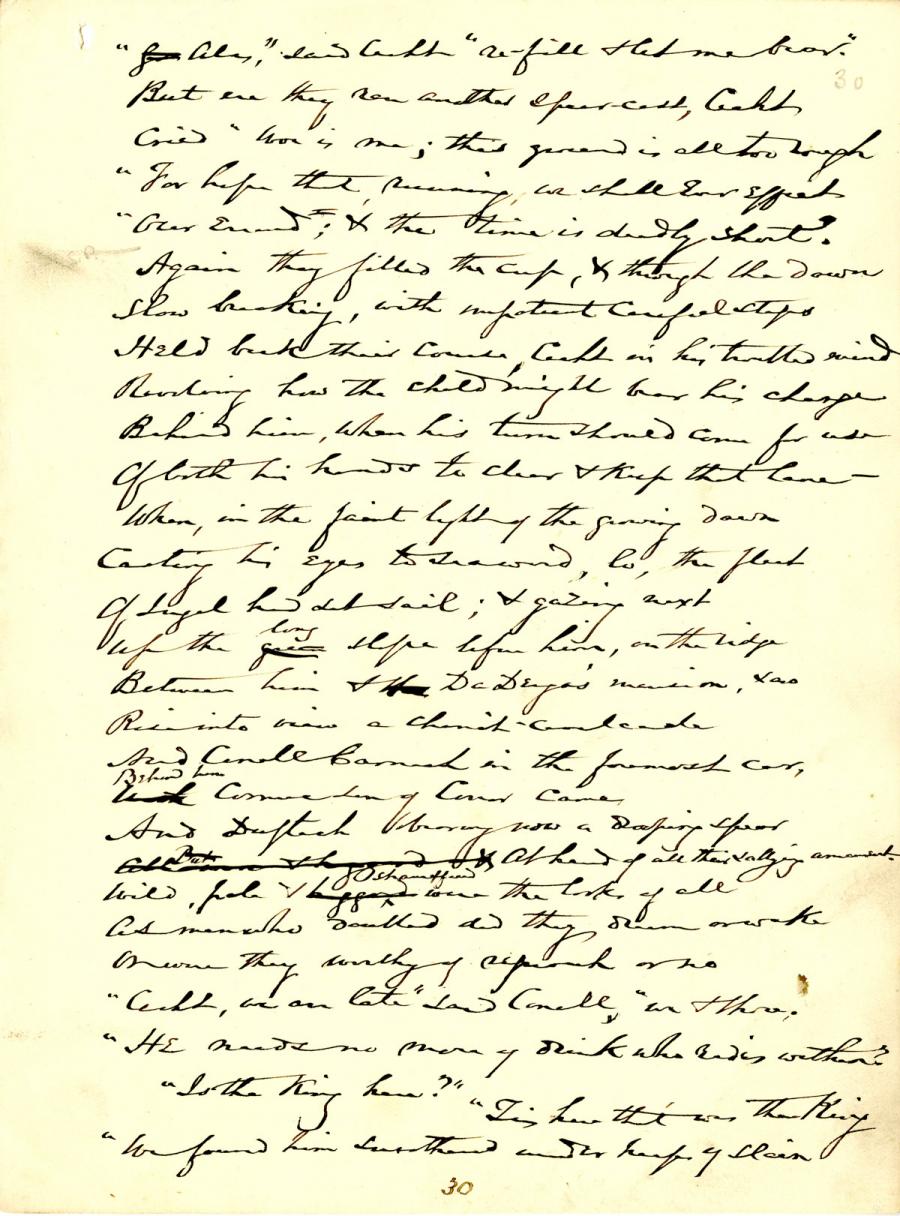 ﻿" Alas," said Cecht, " re-fill, and let me bear."
But ere they ran another spear-throw, Cecht
Cried, " Woe is me ; this ground is all too rough
For hope that, running, we shall ever effect
Our errand ; and the time is deadly short."
Again they filled the cup, and through the dawn
Slow breaking, with impatient careful steps
Held back their course, Cecht in his troubled mind
Revolving how the child might bear his charge
Behind him, when his turn should come for use
Of both his hands to clear and keep that lane ;
When, in the faint light of the growing dawn,
Casting his eyes to seaward, lo, the fleet
Of Ingcel had set sail ; and, gazing next
Up the dim slope before him, on the ridge
Between him and Da-Derga's mansion, saw
Rise into view a chariot-cavalcade
And Conall Carnach in the foremost car.
Behind him Cormac son of Conor came
And Duftach bearing now a drooping spear,
At head of all their sallying armament.
Wild, pale, and shame-faced were the looks of all,
As men who doubted did they dream or wake,
Or were they honest, to be judged, or base.
" Cecht, we are late," said Conall, " we and thou.
He needs no more of drink who rides within."
" Is the king here ? "
" 'Tis here that was the king.
We found him smothered under heaps of slain