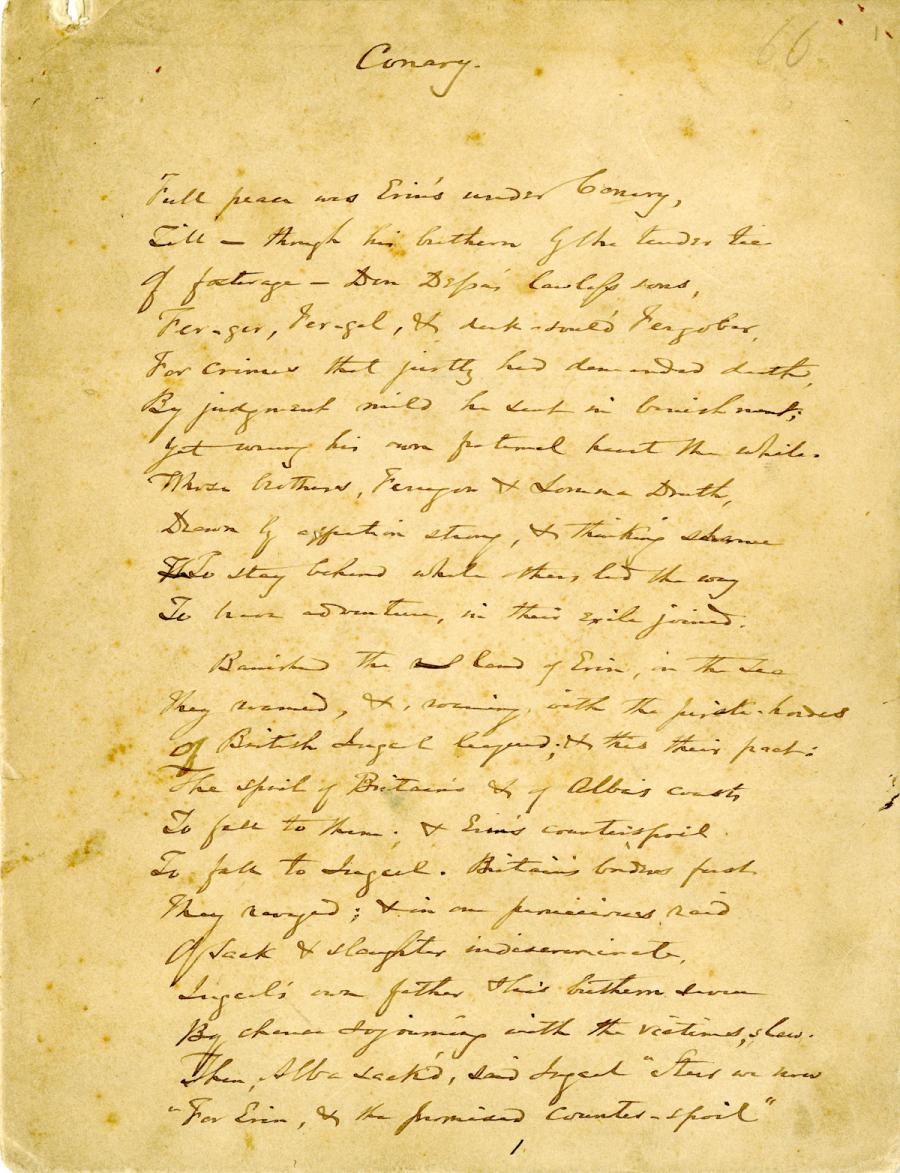 ﻿Full peace was Erin's under Conary,
Till — though his brethren by the tender tie
Of fosterage — Don Dessa's lawless sons,
Fer-ger, Fer-gel, and vengeful Fergobar,
For crimes that justly had demanded death,
By judgment mild he sent in banishment ;
Yet wrung his own fraternal heart the while,
Whose brothers, Ferragon and Lomna Druth,
Drawn by affection's ties, and thinking scorn
To stay behind while others led the way
To brave adventure, in their exile joined.

Banished the land of Erin, on the sea
They roamed, and, roaming, with the pirate -hordes
Of British Ingcel leagued ; and this their pact :
The spoil of Britain's and of Alba's coasts
To fall to them ; and Erin's counter-spoil
To fall to Ingcel. Britain's borders first
They ravaged ; and in one pernicious raid
Of sack and slaughter indiscriminate,
Ingcel's own father and his brethren seven
By chance sojourning with the victims, slew.
Then, Alba sack'd, said Ingcel, "Steer we now
For Erin, and the promised counter-spoil."