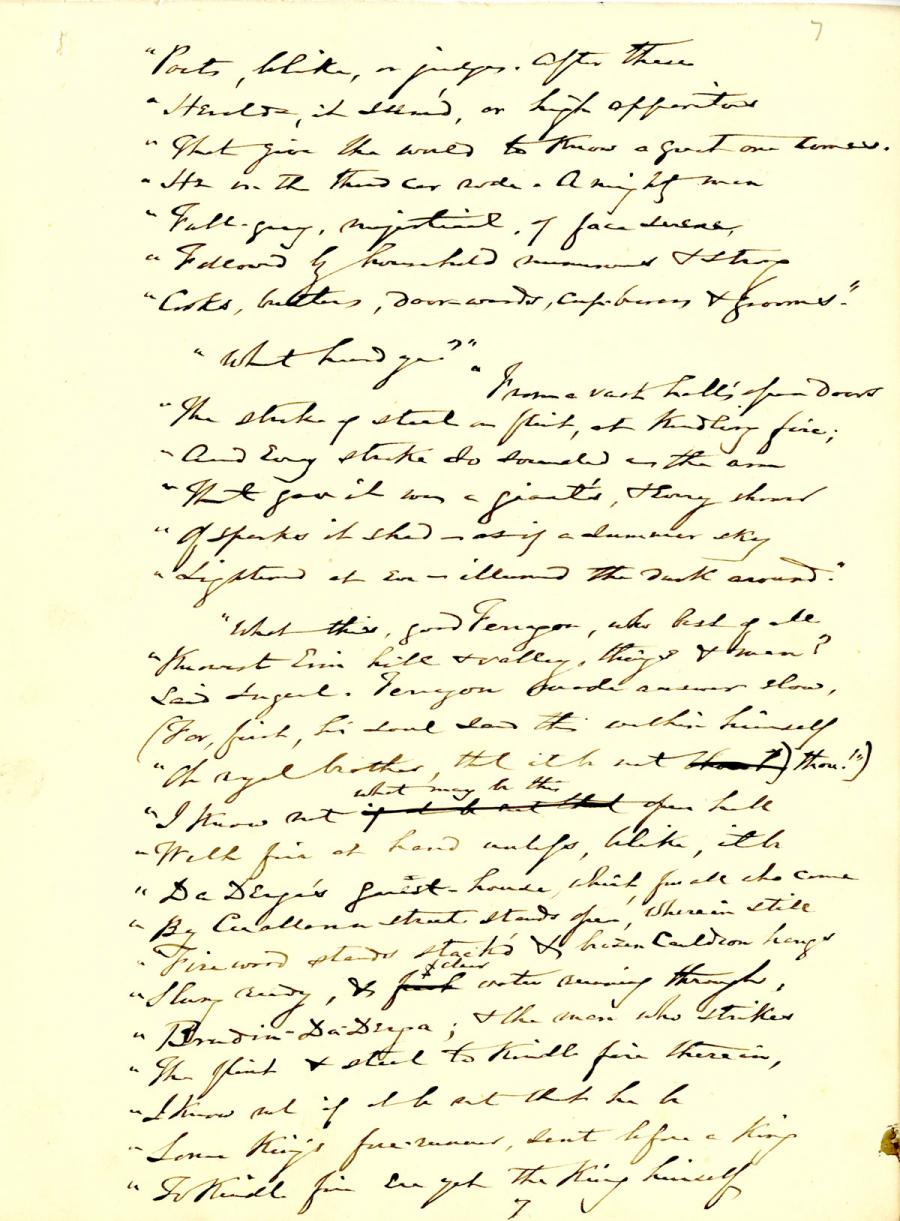 ﻿Poets, belike, or judges. After these
Heralds, it seem'd, or high apparitors
That give the world to know a great one comes
He in the third car rode ; an aged man.
Full-grey, majestical, of face serene.
Followed by household numerous and strong,
Cooks, butlers, door- wards, cup-bearers, and grooms.
What heard ye ? "

" From a vast hall's open doors
The stroke of steel on flint at kindling fire ;
And every stroke so sounded as the arm
That gave it were a giant's, and every shower
Of sparks it shed — as if a summer sky
Lightened at eve — illumined the dusk around."
" What this, good Ferragon, who best of all
Knowest Erin hill and valley, things and men } "
Said Ingcel. Ferragon made answer slow,
(For, first, his soul said this within himself,
" Oh, royal brother, that it be not thou ! ") —
" I know not what may be this open hall
With fire at hand unless, belike, it be
Da-Derga's guest-house, which, for all who come
By Cualann Street, stands open, wherein still
Firewood stands stack' d and brazen cauldron hangs
Slung ready, and clear water running through ;
Bruidin-Da-Derga."
" And the man who strikes
The flint and steel to kindle fire therein ? "

" I know not if it be not that he be
Some king's fore-runner, sent before a king
To kindle fire ere yet the king himself