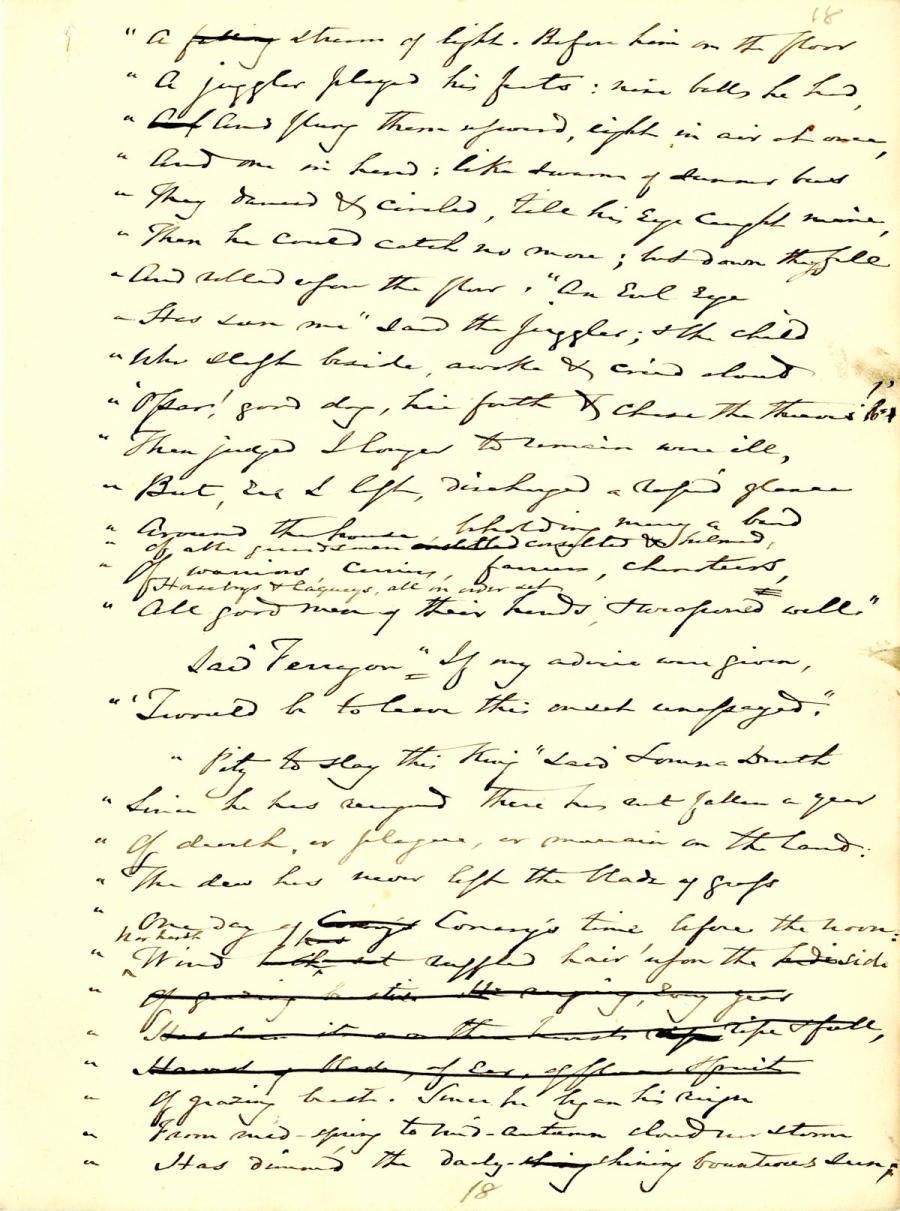 ﻿A stream of light. Before him on the floor
A juggler played his feats : nine balls he had,
And flung them upward, eight in air at once,
And one in hand : like swarm of summer bees
Tliey danced and circled, till his eye met mine ;
Then he could catch no more ; but down they fell
And rolled upon the floor. ' An evil eye
Has seen me,' said the juggler ; and the child
Who slept beside, awoke, and cried aloud,
' Ossar ! good dog, hie forth and chase the thieves ! '
Then judged I longer to remain were ill,
But, ere I left, discharged a rapid glance
Around the house, beholding many a band
Of able guardsmen corsleted and helm'd,
Of captains, carriers, farriers, charioteers,
Horseboys and laqueys, all in order set.
All good men of their hands, and weapon'd well."

Said Ferragon, " If my advice were given,
'Twould be to leave this onset unessayed."

" Pity to slay this king," said Lomna Druth :
'* Since he has reigned there has not fallen a year
Of dearth, or plague, or murrain on the land :
The dew has never left the blade of gra~3
One day of Conary's time, before the noon ;
Nor harsh wind ruffled hair upon the side
Of grazing beast. Since he began his reign.
From mid-spring to mid-autumn, cloud nor storm
Has dimm'd the daily-shining, bounteous sun ;