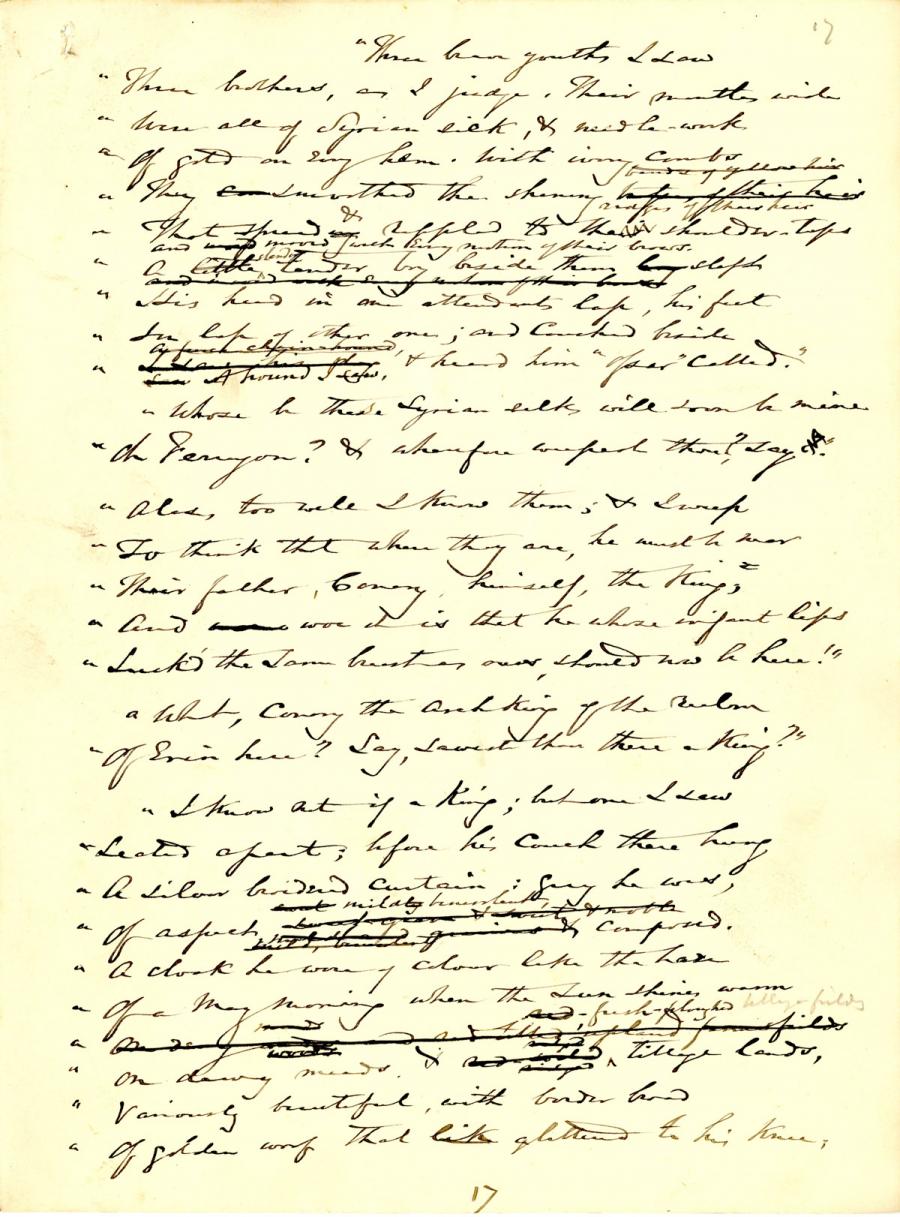 ﻿" Three brave youths I saw ;
Three brothers, as I judge Their mantles wide
Were all of Syrian silk ; and needle-work
Of gold on every hem. With ivory combs
They smoothed the shining ridges of their hair
That spread and rippled to their shoulder-tips,
And moved with every motion of their brows.

A slender, tender boy beside them slept,
His head in one attendant's lap, his feet
In lap of other one ; and, couched beside,
A hound I saw, and heard him ' Ossar ' called."
" Whose be these Syrian silks shall soon be mine.
Oh Ferragon } and wherefore weep'st thou, say ? "

" Alas, too well I know them ; and I weep
To think that where they are, he must be near
Their father, Conary, himself, the king :
And woe it is that he whose infant lips
Suck'd the same breast as ours, should now be there ! "
" What, Conary, the arch-king of the realm
Of Erin here ? Say, sawest thou there a king ? "
" I know not if a king ; but one I saw
Seated apart : before his couch there hung
A silver broidered curtain ; grey he was,
Of aspect mild, benevolent, composed.
A cloak he wore of colour like the haze
Of a May morning when the sun shines warm
On dewy meads and fresh-ploughed tillage land,
Variously beautiful, with border broad
Of golden woof that glittered to his knee