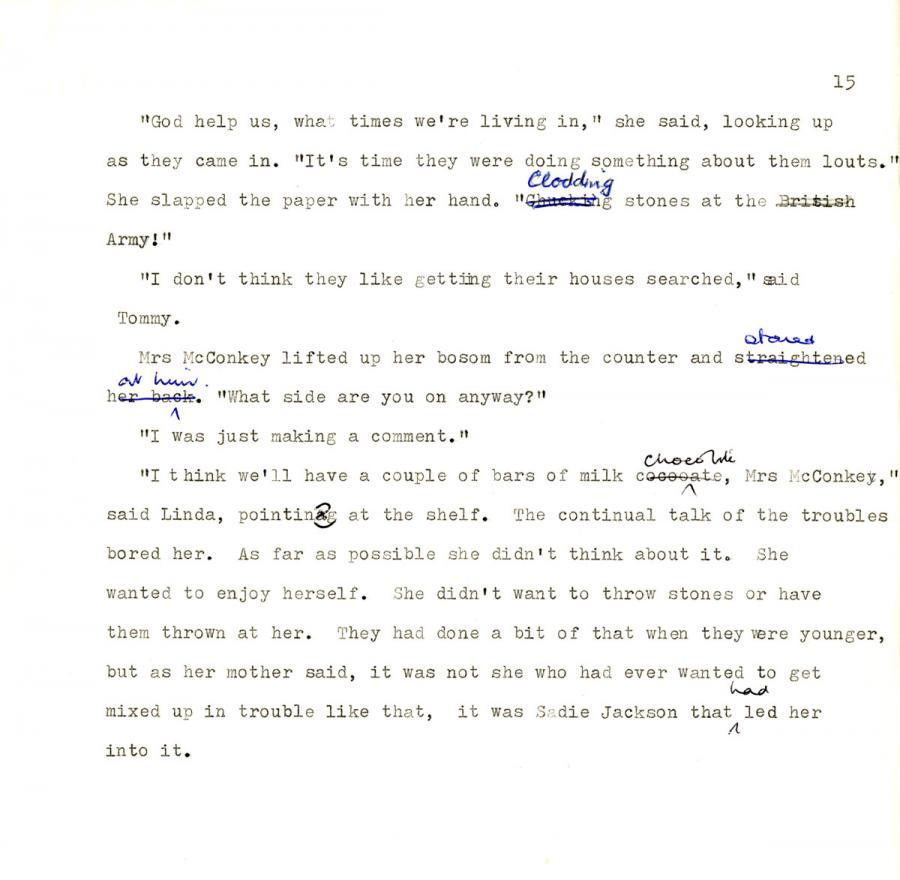 "God help us, what times we're living in," she said, looking up
as they came in. "It's time they were doing something about them louts."
She slapped the paper with her hand, "Clodding stones at the
Army!"

"I don't think they like getting their houses searched," aid
Tommy.

Mrs McConkey lifted up her bosom from the counter and stared at him. "What side are you on anyway?"

"I think we'll have a couple of bars of milk chocolate, Mrs McConkey,"
said Linda, pointing at the shelf. The continual talk of the troubles
bored her. As far as possible she didn't think about it. She
wanted to enjoy herself. She didn't want to throw stones or have
them thrown at her. They had done a bit of that when they were younger,
but as her mother said, it was not she who had ever wanted to get
mixed up in trouble like that, it was Sadie Jackson that had led her
into it.