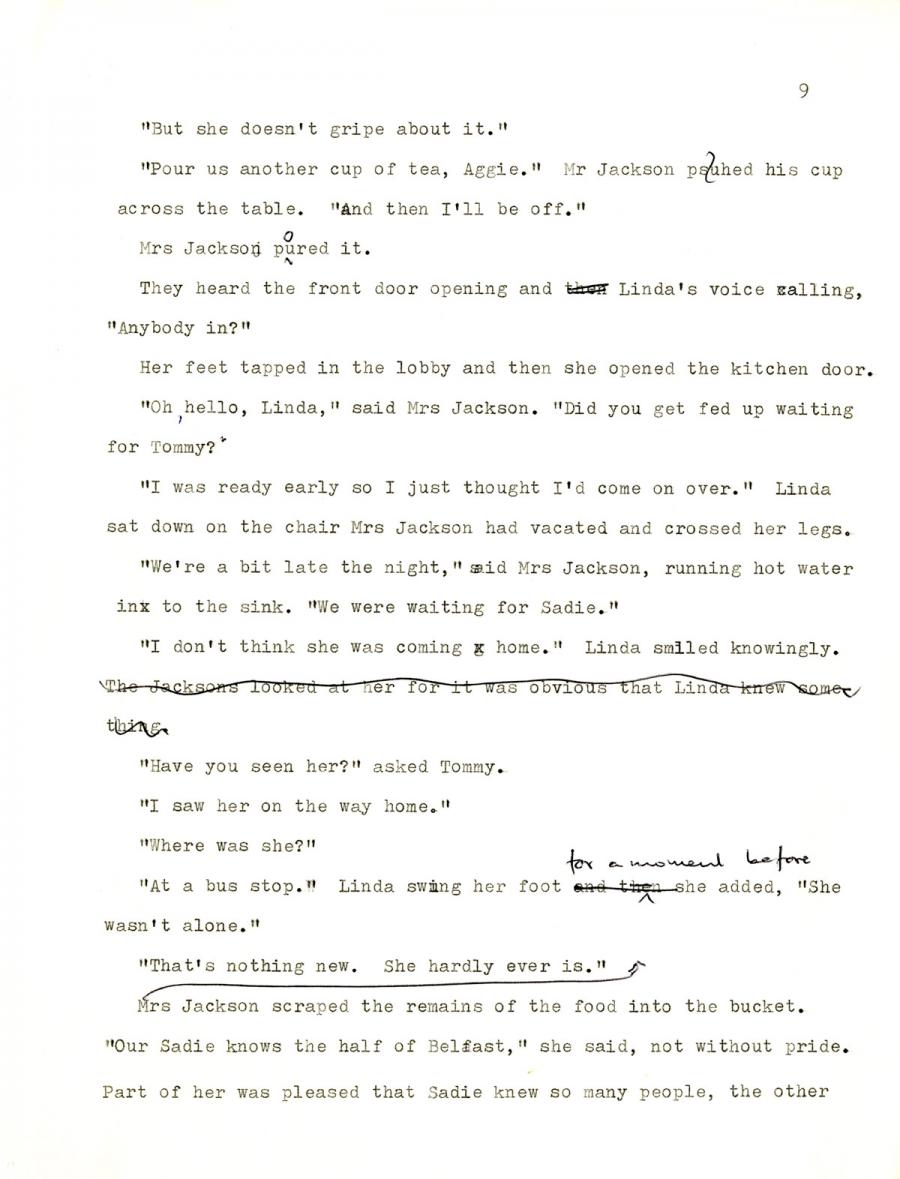 "But she doesn't gripe about it."

"Pour us another cup of tea, Aggie." Mr Jackson psuhed his cup
across the table. "And then I'll be off."

They heard the front door opening and Linda's voice calling,
"Anybody in?"

Her feet tapped in the lobby and then she opened the kitchen door.

"Oh, hello, Linda," said Mrs Jackson. "Did you get fed up waiting
for Tommy?"

"I was ready early so I just thought I'd come on over." Linda
sat down on the chair Mrs Jackson had vacated and crossed her legs.
"We're a bit late the night, " said Mrs Jackson, running hot water
in to the sink. "We were waiting for Sadie."

"I don't think she was coming home." Linda smiled knowingly.

"Have you seen her?" asked Tommy.

"At a bus stop." Linda swung her foot for a moment before she added, "She
wasn't alone."

"That's nothing new. She hardly ever is." Mrs Jackson scraped the remains of the food into the bucket.
"Our Sadie knows the half of Belfast," she said, not without pride.
Part of her was pleased that Sadie knew so many people, the other