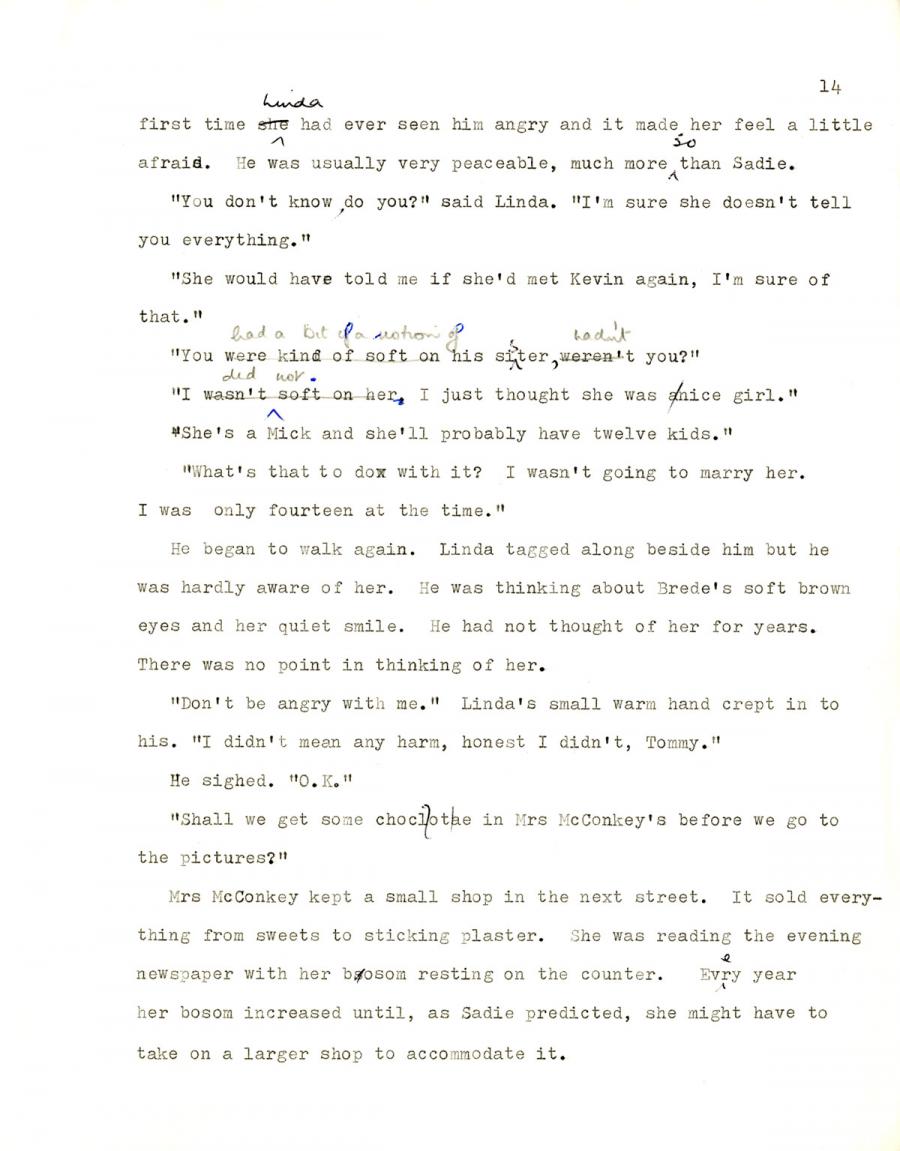 first time Linda had ever seen him angry and it made her feel a little
afraid. He was usually very peaceable, much more so than Sadie.

"You don’t know do you?" said Linda. "I’m sure she doesn't tell
you everything."

"She would have told me if she'd met Kevin again, I'm sure of
that." .

"You had a bit of a notion of his sister hadn't you?"

"I did not. I just thought she was anice girl."

"She's a Mick and she'll probably have twelve kids."

"What's that to do with it? I wasn't going to marry her.
I was only fourteen at the time."

He began to walk again. Linda tagged along beside him but he
was hardly aware of her. He was thinking about Brede's soft brown
eyes and her quiet smile. He had not thought of her for years.
There was no point in thinking of her.

"Don't be angry with me." Linda's small warm hand crept in to
his. "I didn't mean any harm, honest I didn't, Tommy."

"Shall we get some choclotae in Mrs McConkey's before we go to
the pictures?"

Mrs McConkey kept a small shop in the next street. It sold every-
thing from sweets to sticking plaster. She was reading the evening
newspaper with her bosom resting on the counter. Every year
her bosom increased until, as Sadie predicted, she might have to
take on a larger shop to accommodate it.