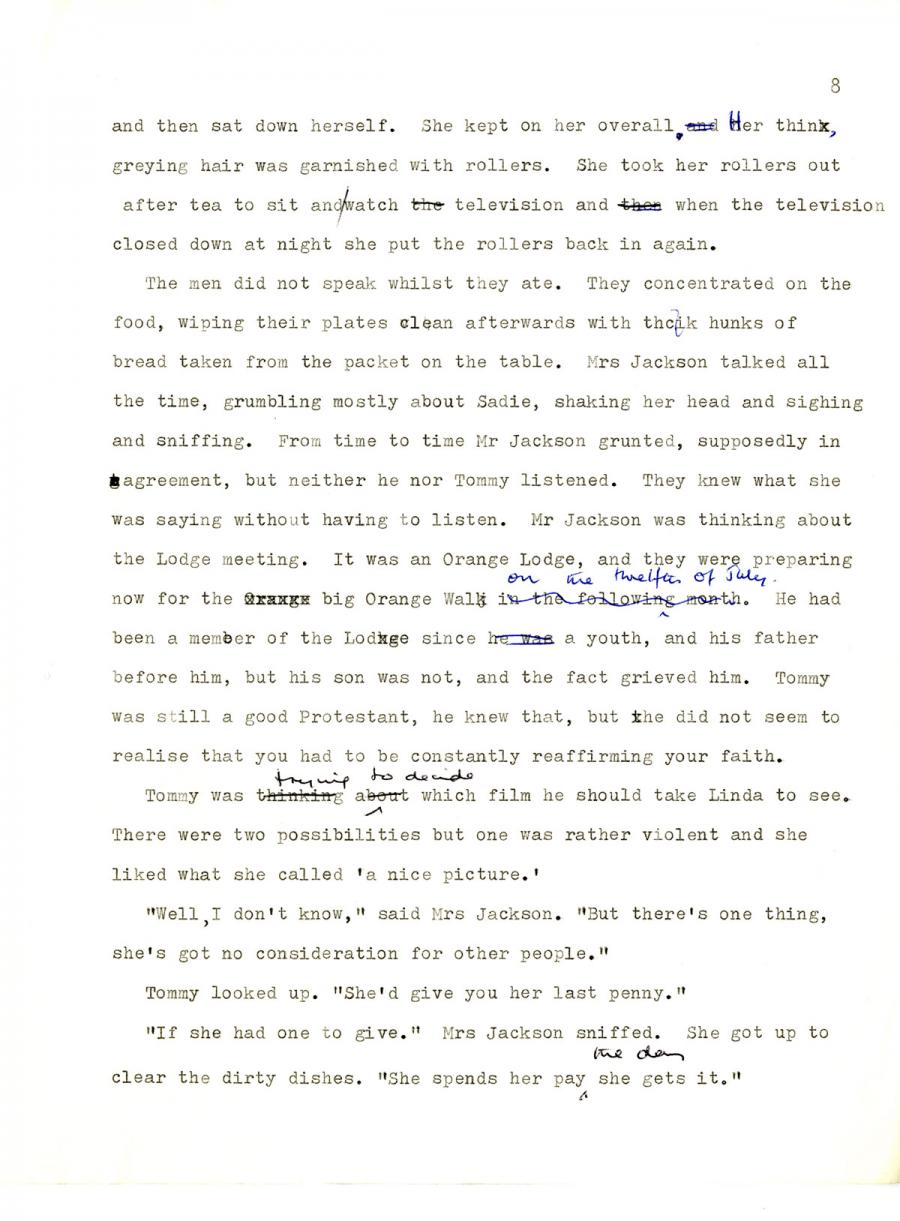 and then sat down herself. She kept on her overall. Her thin,
greying hair was garnished with rollers. She took her rollers out
after tea to sit and watch television and when the television
closed down at night she put the rollers back in again.

The men did not speak whilst they ate. They concentrated on the
food, wiping their plates clean afterwards with thcik hunks of
bread taken from the packet on the table. Mrs Jackson talked all
the time, grumbling mostly about Sadie, shaking her head and sighing
and sniffing. From time to time Mr Jackson grunted, supposedly in
agreement, but neither he nor Tommy listened. They knew what she
was saying without having to listen. Mr Jackson was thinking about
the Lodge meeting. It was an Orange Lodge, and they were preparing
now for the big Orange Walk on the twelfth of July. He had
been a member of the Lodge since a youth, and his father
before him, but his son was not, and the fact grieved him. Tommy
was still a good Protestant, he knew that, but he did not seem to
realise that you had to be constantly reaffirming your faith.

Tommy was trying to decide which film he should take Linda to see.
There were two possibilities but one was rather violent and she
liked what she called 'a nice picture'.

"Well I don't know," said Mrs Jackson. "But there's one thing,
she's got no consideration for other people."

Tommy looked up. "She'd give you her last penny."

"If she had one to give." Mrs Jackson sniffed. She got up to
clear the dirty dishes. "She spends her pay the day she gets it.